The College is deeply saddened to hear of the death of Honorary Fellow Professor Antony Hewish on 13 September 2021, aged 97. Professor Hewish was a much-respected member of our College community. Our flag was at half-mast in his memory, and we offer our condolences to his family, friends and colleagues.

He was admitted to Caius as an undergraduate on 1 October 1942 to read Natural Sciences and his association with the College spanned 79 years. He became an unofficial Drosier Fellow in 1951, an official Fellow in 1956, and an Honorary Fellow in 1976.

Professor Hewish won the Nobel Prize for Physics in 1974, together with fellow radio-astronomer Sir Martin Ryle, for their “pioneering research in radio astrophysics: Ryle for his observations and inventions, in particular of the aperture synthesis technique, and Hewish for his decisive role in the discovery of pulsars”, according to the award citation. Pulsars are cosmic objects that emit extremely regular pulses of radio waves.

Professor Hewish was born in Fowey, Cornwall on 11 May 1924. The youngest of three sons of a banker, he attended King’s College, Taunton, Somerset.

He matriculated at the University of Cambridge during the Second World War, and was engaged in war service at the Royal Aircraft Establishment from 1943 to 1946, according to an autobiography published on the Nobel Prize website.

He worked with Martin Ryle during his war service, which included a spell at the Telecommunications Research Establishment. He was involved with airborne radar-counter-measure devices, and it was this wartime experience with electronics and antennas – as well as the influence of Jack Ratcliffe, one of his teachers – which focused his interest in radio astronomy. 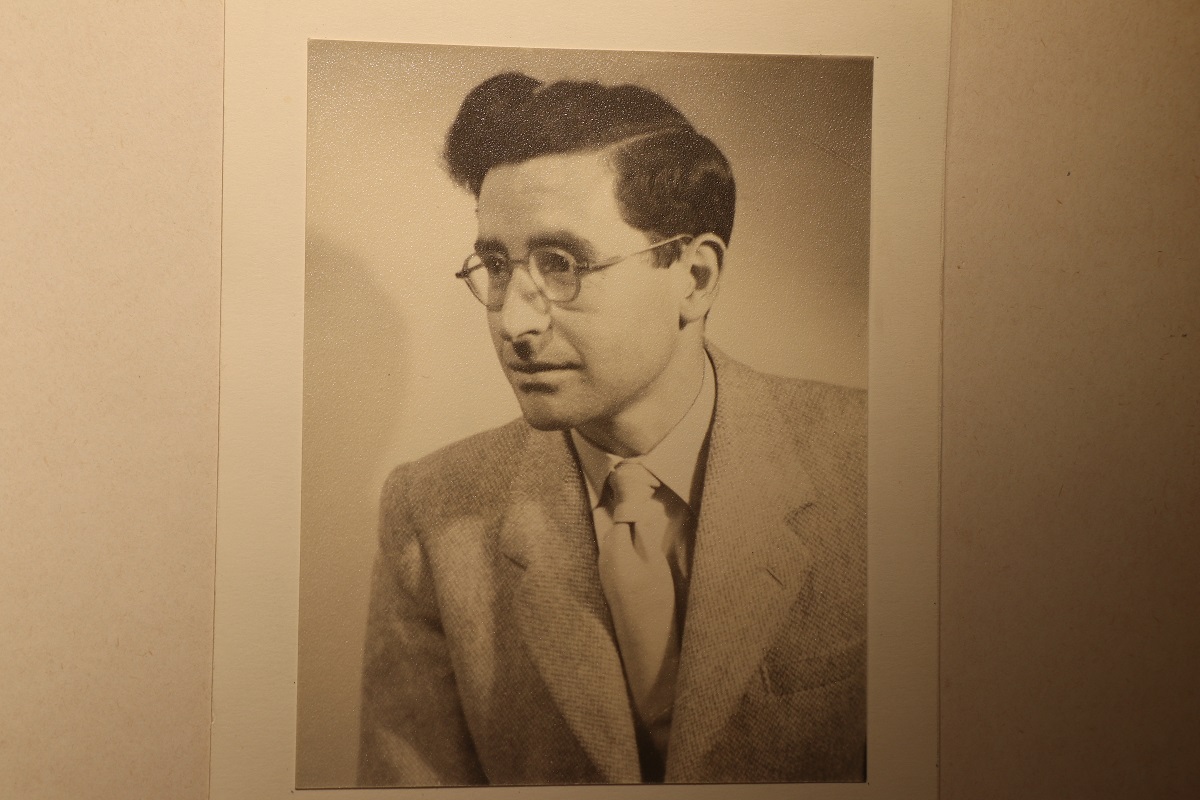 He returned to Cambridge following the war, graduating in 1948, and obtained his PhD in 1952. He became a Research Fellow at Caius, before in 1961 transferring to Churchill College, where he was Director of Studies in Physics until 1971. He was University Lecturer from 1961 to 1969, Reader from 1969 to 1971 and Professor of Radio Astronomy from 1971 until his retirement in 1989.

He became a Fellow of the Royal Society in 1968, receiving the Hughes Medal in 1976. He was Professor of Radio Astronomy at the Cavendish Laboratory from 1971 to 1989, and head of the Mullard Radio Astronomy Observatory (MRAO), Cambridge, from 1982 to 1988.

He is survived by his wife, Marjorie. The couple married in 1950, and had a son and a daughter.

Professor Hewish was interviewed by Professor Alan Macfarlane on 26 March 2008, where he talks about coming to Cambridge as a radio bursar in 1942, rowing, and being sent to the Royal Aircraft Establishment, Farnborough.

The full 1h 44m interview is also available online, as is a video tour of the Old Cavendish Laboratory.