Since the first intake of thirty six women as students in 1979, over three thousand women have matriculated at Caius. In 2019, the fortieth anniversary of women coming to Caius, around half of our incoming cohort will be women, from all backgrounds and disciplines. In the year following the installation of our first female Master, Dr Pippa Rogerson, we will be exploring and celebrating the mark that women have made on our 671-year-old College.

Caius joined the wider movement towards co-educational delivery slowly, playing a cautious "waiting game", as Life Fellow Dr Michael Wood puts it, whilst observing how the ‘early adopter’ Colleges were faring. Following its first debate in 1969, and "a restrained and excellently argued paper from our undergraduates", the Governing Body revisited the topic of the admission of women in 1978, and the change of statute was passed by a majority of well over the two-thirds needed.

Dr Wood was present at the meeting and recalls "an overwhelming sense of welcome for the change". Opinion amongst the Fellowship, he notes, had progressively shifted as experience elsewhere in Cambridge had come to show "the real advantages of a mixed entry". Within a year, the first women at Caius arrived. These pioneers had an ambivalent experience: "they were both invisible and too visible" according to Pippa, then a student at Newnham, an all-female College. "They were too few in number to have weight of authority or to have a good support network – although some Colleges seem to have bent over backwards to accommodate women’s perceived needs." She adds, "However, their rarity made individuals too conspicuous".

Mary Lowth (née Bagnall) was one of the first Caius women. She recalls the first week as a "whirl of meeting people, sorting out timetables, finding the sports ground, finding the anatomy theatre and coffee, lots of coffee." It sounds much like the experience of Freshers today, except she remembers something else: "all over the quads and staircases, like magic dust, hung a sense of vague astonishment." She says, "Everyone knew that Caius had debated admitting women over several years. They had voted against it. They had discussed it again. Time had passed.  Then they had voted for it. Yet now that we were here, it was a bit of a surprise."

However, it was a good time to arrive: "although the matriculation photograph reveals an extraordinarily young-looking group, some (me) with hairstyles we’d prefer to forget, we were daughters of the ‘60s and had been taught that women’s liberation had happened, the battle was won and we could just get on with it and be whatever we wanted to be. We believed it."

Wandering around the courts today, it soon becomes apparent that women are very much a part of the fabric of the present-day College. "In 2018, for the first time, we received more female applicants than male applicants," states Dr Sarah Houghton-Walker (2007), Admissions Tutor for Arts and Humanities. Our student-run Joyce Frankland Society, established in 2016, provides an inclusive and diverse space for the discussion of feminist and gender issues. Named in honour of one of the great female philanthropists of the sixteenth century, who founded a number of fellowships and scholarships at Caius, the society organises a series of performances and talks throughout the year.

If the effervescence of the student body is perhaps the most immediate evidence of the integral role women play in life at Caius, their contribution also makes itself felt in a number of other areas. From the moment you step through the College gates, friendly Porters, four of whom are female, greet you. As you look around our beautiful Courts, the names of women are painted on almost every staircase. Women are represented within our Fellowship, in our Choir and Staff, and beyond graduation, Caius women have excelled in areas as diverse as business, media, science, economics, history, maths, medicine and the law.

This anniversary is as much an opportunity to look ahead as it is about acknowledging the past. As Dr Rogerson emphasises: "We must not be complacent. There is a long way still to go." Over the next year, we will be commemorating this milestone and celebrating co-education and diversity with a series of events, exhibitions, stories and podcasts for Caians past and present.

In September, some of the earliest Caius women will return to College for a Garden Party, giving them an opportunity to reflect on their time as students, reconnect with other pioneers, and celebrate the progress the College has made over the years. In December, the Library and Archives will open its doors to College members for an open afternoon that explores women’s connections to Caius. The College will also join in the University’s celebrations of 150 years of women at Cambridge, marked with a line-up of exhibitions, events and displays called The Rising Tide, coordinated by the University Library. We warmly encourage Caians to get involved with the celebrations, to share their memories and historic items with our Archives, and to contribute their vision for the future of the College. 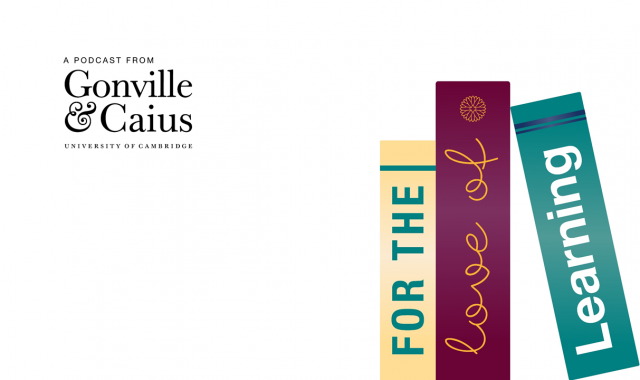 Find out moreA Caius Podcast: 'For the Love of Learning' 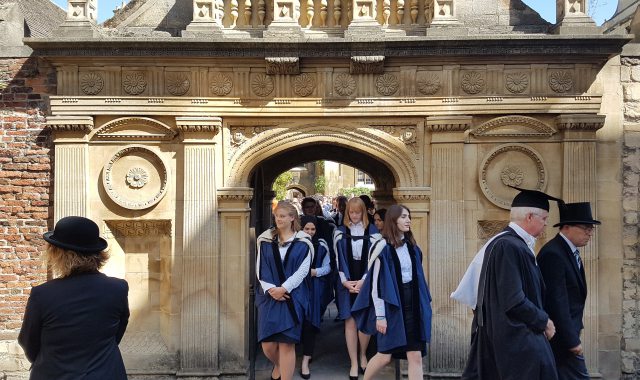 Find out moreCaius Women at 40 Events 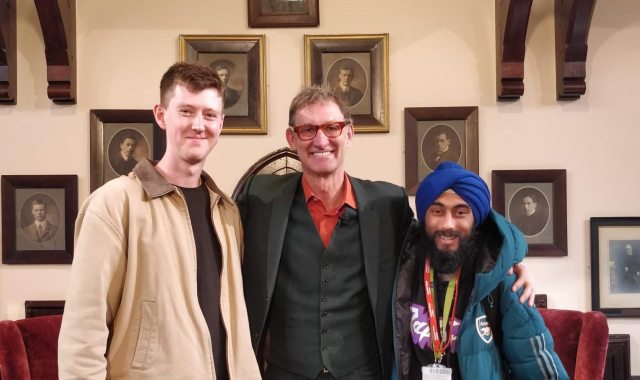 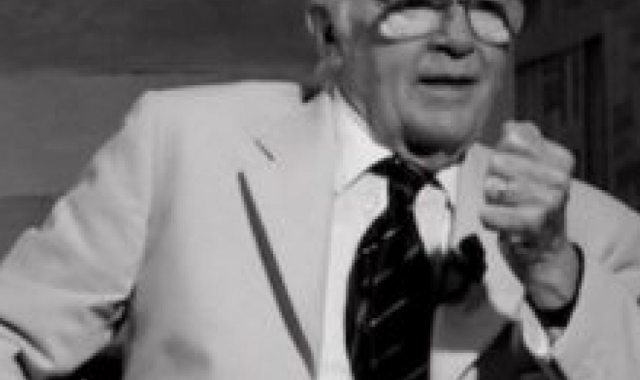