The Choir of Gonville & Caius College is one of the UK’s leading collegiate choirs, with a world-wide reputation based on its extensive touring and broadcasting, and on its highly acclaimed and imaginative CD recordings. The choir consists of 24 students and 2 Organ Scholars and is directed by Precentor, Matthew Martin. The Choral and Organ Awards section has more information for prospective choir members and organ scholars.

The choir’s regular work consists of singing services in the College Chapel week by week during term, performing an impressive range of sacred music from all periods. Out of term the choir gives concerts at home and abroad, appearing in prestigious concert series in the UK such as the Aldeburgh Festival and Spitalfields Festival in London, and performing in concert halls and churches across the world from America to China. The choir has sung with several professional orchestras including the Philharmonia Baroque of San Francisco (Handel), l’Orchestre National Bordeaux-Aquitaine (Bach, Haydn), the Aurora Orchestra (Schubert) and the Royal Philharmonic Orchestra (Holst).

The choir has a notable reputation for commissioning and performing new music, by composers such as Judith Weir, James MacMillan, Richard Causton, Gabriel Jackson, Julian Anderson and Robin Holloway (a Fellow of the College). The choir’s recordings have been internationally recognised for their quality and innovative approach to repertoire through excellent reviews and by featuring as Critics’ Choice in Gramophone magazine and Choral CD of the month in the BBC Music Magazine. Broadcasts of Choral Evensong on BBC Radio 3 have included programmes of Russian and Bulgarian Orthodox music, Tallis’s Spem in alium, a service of music composed entirely by students at the College, and South African music broadcast from Johannesburg.

The College’s musical tradition began at the end of the nineteenth century with a choir of men and boys, founded by the celebrated composer of Anglican church music Charles Wood, and later became an exclusively undergraduate male choir under Wood’s successor the composer Patrick Hadley. Hadley was succeeded by Peter Tranchell, under whose direction the choir became mixed in 1979, and Geoffrey Webber directed the choir from 1989 until 2019.

The College is grateful for the generous support for the choir given by its alumni. The current holders of named awards are: 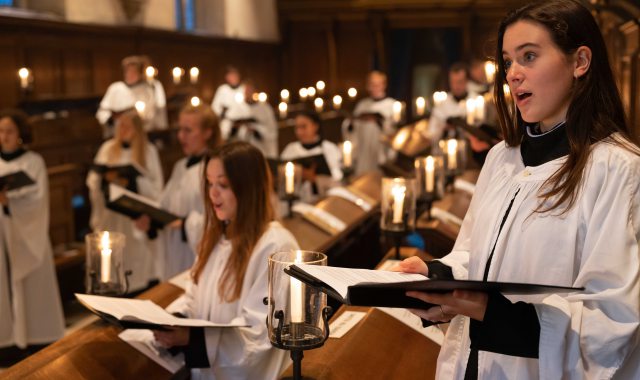 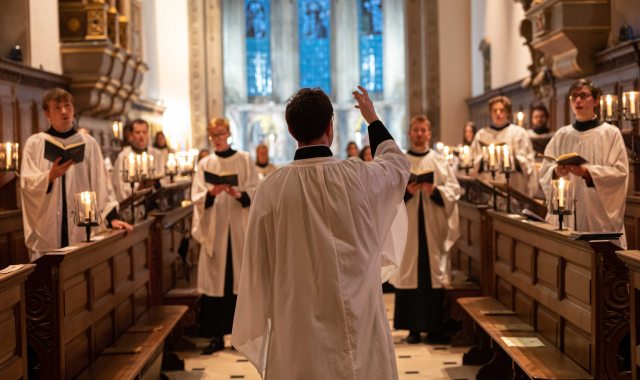 When Anya Williams (Theology and Religion 2019) received her offer from Gonville & Caius College, she was determined to make the grade...