The study of history has changed radically over the past couple of generations. Historians are more interested in learning about how our forebears lived, loved, and died, than in the kings who ruled them or the wars that raged around them. 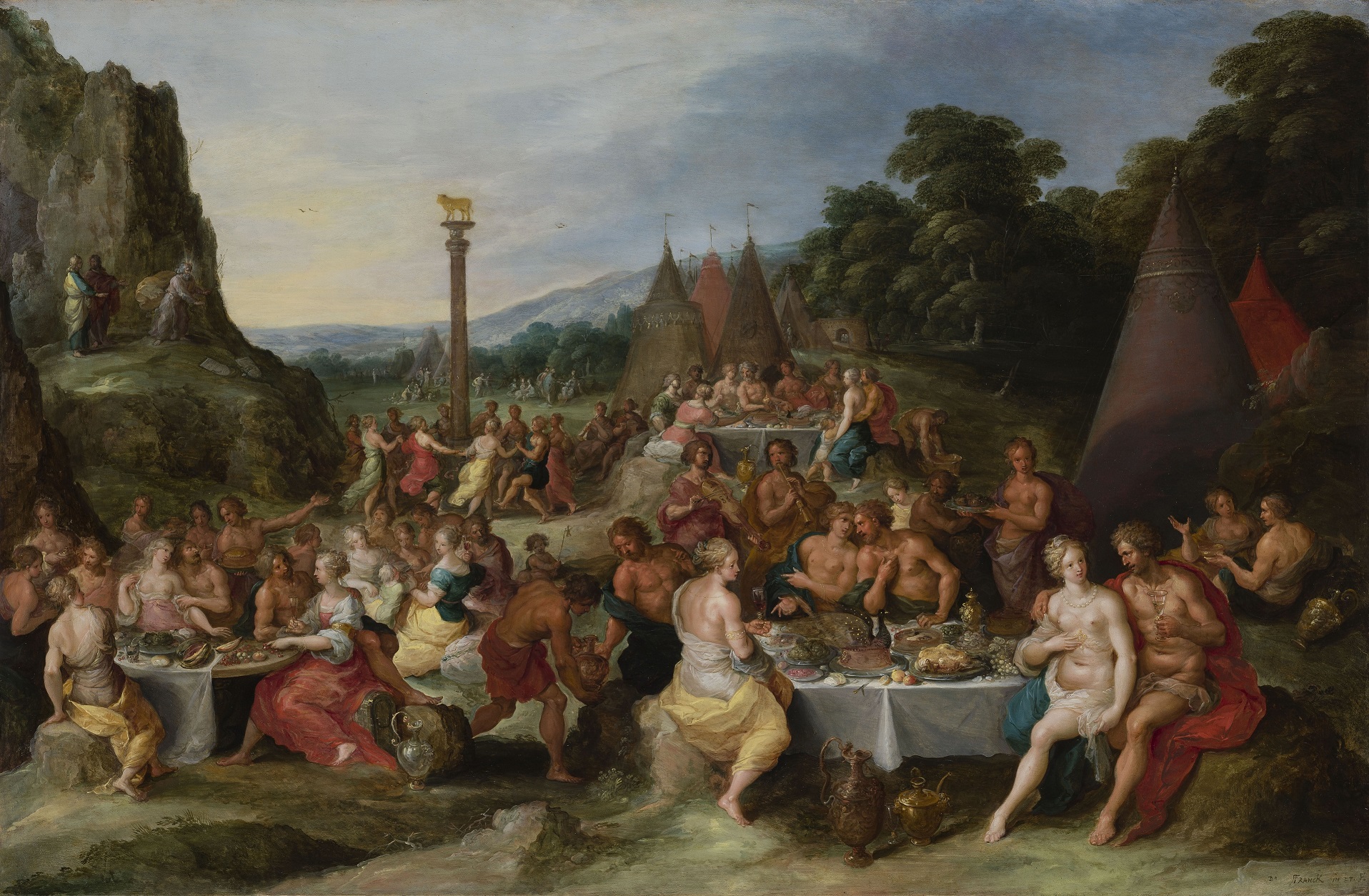 Our predecessors left more evidence than one might think of their everyday lives, their pleasures and preoccupations. Written texts are not the only sources for this kind of history: paintings, drawings and all kinds of artefacts yield clues about what they ate, how they celebrated landmark occasions, and why and when they chose to be frugal or abstemious.

Food links us all, as growers, sellers, buyers, cooks and consumers. We are defined, socially and culturally, by what we eat and what we don’t eat. This is the subject of an ambitious, interdisciplinary exhibition, Feast & Fast: The art of food in Europe, 1500-1800, at the Fitzwilliam Museum, through the winter months, from Tuesday 26 November 2019 to Sunday 26 April 2020.

The collaboration between Dr Melissa Calaresu, the Neil McKendrick Lecturer in History at Caius, and Dr Victoria Avery, Keeper of Applied Arts at the Fitzwilliam Museum, builds on the popular exhibition Treasured Possessions, that they co-curated along with Professors Mary Laven of Jesus College and Ulinka Rublack of St John’s College at the Museum in 2015. While the earlier exhibition included food within a larger story of consumption and material culture, Feast & Fast will put food at the centre of a story about religious change and globalisation between the sixteenth and eighteenth centuries. 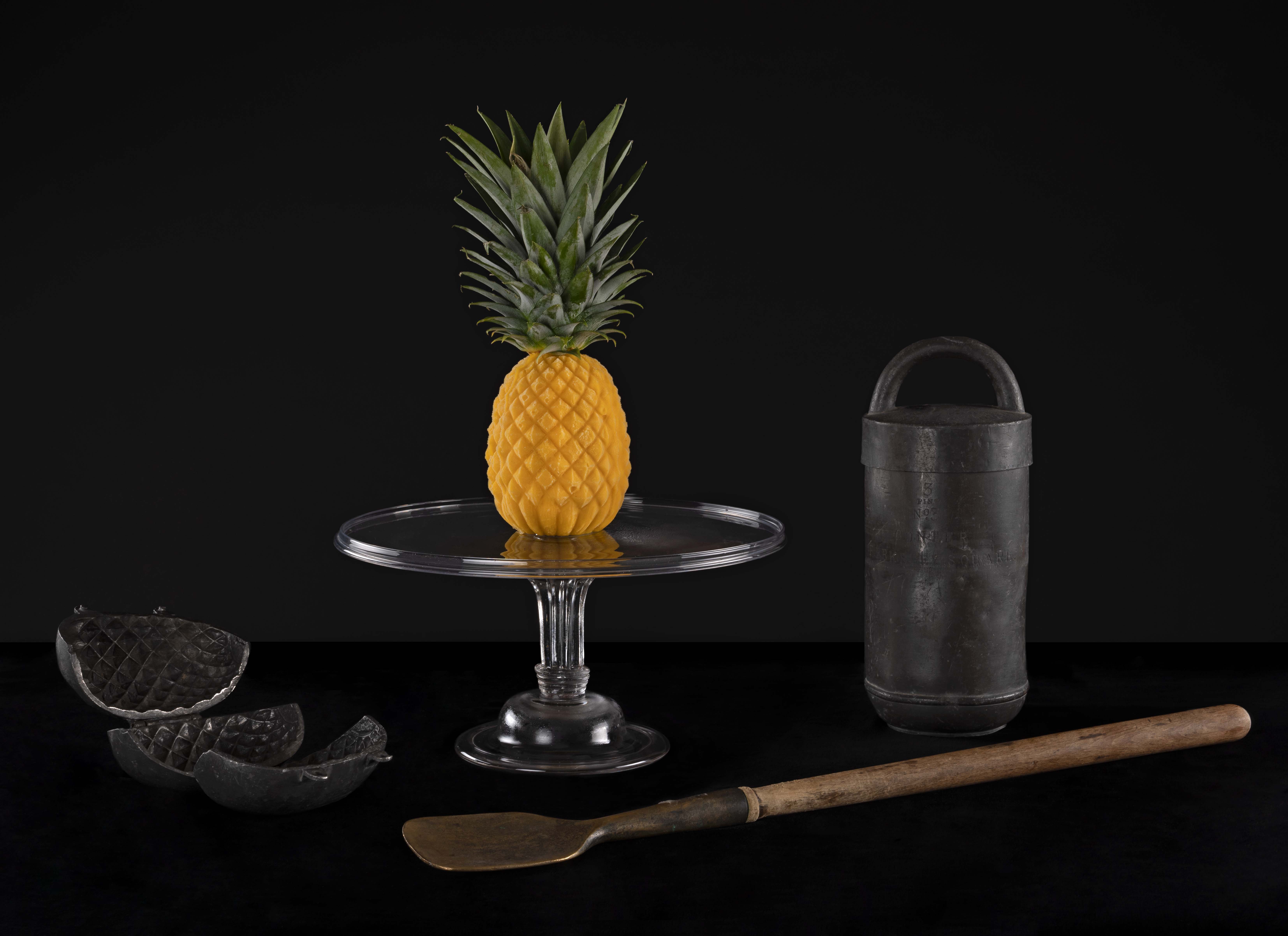 Our current, health-conscious view of food has changed considerably from that of our parents and grandparents, but there were already concerns about the dangers of sugar, overeating and the nature and quality of food supply chains in the early modern period.

The exhibition explores how the arrival and availability of new fruits like pineapples, pomegranates, and other delicacies from distant parts, impacted on the food cultures of the period. How did food choices express religious identities? On what basis did early modern writers question the morality of eating meat and advocate a vegetarian diet?

A central feature of the exhibition will be historically accurate displays of food, specially created by the renowned food historian, Ivan Day. He will bring to life elaborate table settings, including a Jacobean sugar banquet and a Baroque feasting table with several bird pies, and, as part of the public programming, will conduct sensory workshops with recreated recipes from the past. Participants will be able to experience at first hand the tastes and smells of early modern food.

"Public engagement", Melissa and Vicky say, "is at the heart of the exhibition and our mission as historians and curators." The Cambridge Arts and Humanities Impact Fund has given them a grant to co-produce a collaborative film with local communities and Egg & Spoon Films, so people can tell personal stories about food meanings and memories. As part of the exhibition, the film will enrich the visitor experience by including contemporary views on feasting and fasting to complement the historical perspective.

Rarely seen treasures will be displayed from College collections, the University Library, the Museum itself and from a number of local museums, as well as some recently restored paintings from the Fitzwilliam Museum, all with the aim of prompting people to think afresh about the changing role that our relationship with food has played, over the centuries, in defining who we are and what we aspire to be.

This article first appeared in Once a Caian..., our annual magazine that is distributed to Caius alumni and donors.

Images
Banner: Seventeenth-century embroidery of Arcadia, linen with silk and metal threads. This portrayal of a pastoral idyll alludes to the variety of the natural world and the provision of sustenance for humanity. © The Fitzwilliam Museum, Cambridge.

Article (Top): Worship of the Golden Calf by Frans Francken the Younger c.1630-35, oil on panel. The theme of abundance is central to this painting and others which inspired the exhibition’s historical recreation of a Baroque feasting table. © The Fitzwilliam Museum, Cambridge.