The challenges of studying exoplanets

Gonville & Caius College Fellow Dr Emily Sandford simultaneously enjoys the simplicity and the complexity of her astronomical research on exoplanets and the stars they orbit.

Dr Sandford, who joined Caius in October 2020 through the Research Fellowship competition, is focused on how and why stars dim and brighten, and in the challenge of seeing tiny planetary signals against the backdrop of this stellar fluctuation. She is also interested in exoplanet populations and the arrangement of exoplanets in planetary systems.

“I really love the mathematics of thinking through what is fundamentally a very simple measurement – the amount of light coming from a star over time,” she says.

“All of our major advances in discovering exoplanets have come from more precise, more frequent and more stable measures of that kind. You can infer a tremendous amount from fundamentally not much information, and that’s what really drives me. It’s amazing what we can do with these light curves.” 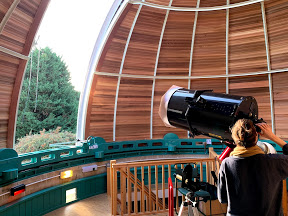 The study of exoplanets – planets which orbit any star other than the sun – is a new field, astronomically speaking. The first was co-discovered 26 years ago by Didier Queloz, the leader of the Cambridge exoplanet research group where Dr Sandford works, and Michel Mayor.

“There have been about 5000 discovered altogether since then, enough that we can study the whole group as a population, instead of just individual objects,” says Dr Sandford, who completed her PhD last summer at Columbia University in New York City.

Dr Sandford uses archival NASA data to study exoplanets, but the “simple measurement” is anything but when considered more rigorously.

“The fundamental problem is that exoplanets are almost always too small and too dim to look at directly,” she adds.

“The only ways we can discover them are indirect – we have to look at how they influence the star that they’re orbiting around. If they modulate, block or change the star light in some measurable way, we can infer the planets are there.

“The big problem with that is the stars themselves are not necessarily uncomplicated light sources. It would be nice if they just glowed with a constant brightness, and then we could look at the changes to that light, and that would tell us about the exoplanets.

“But they don’t. They have bright and dim spots on the surface, they spin around and those dark and bright spots come in and out of view, and the overall brightness of the star is constantly changing. And they have flares and magnetic disruptions so they get brighter and dimmer unexpectedly.

“It’s just a very complicated signal and then on top of all that you’re trying to find the planet signal. If the planet signal’s really small then it’s very difficult to find. My upcoming works and my new projects are going to be related to understanding that inherent stellar signal a little better.” 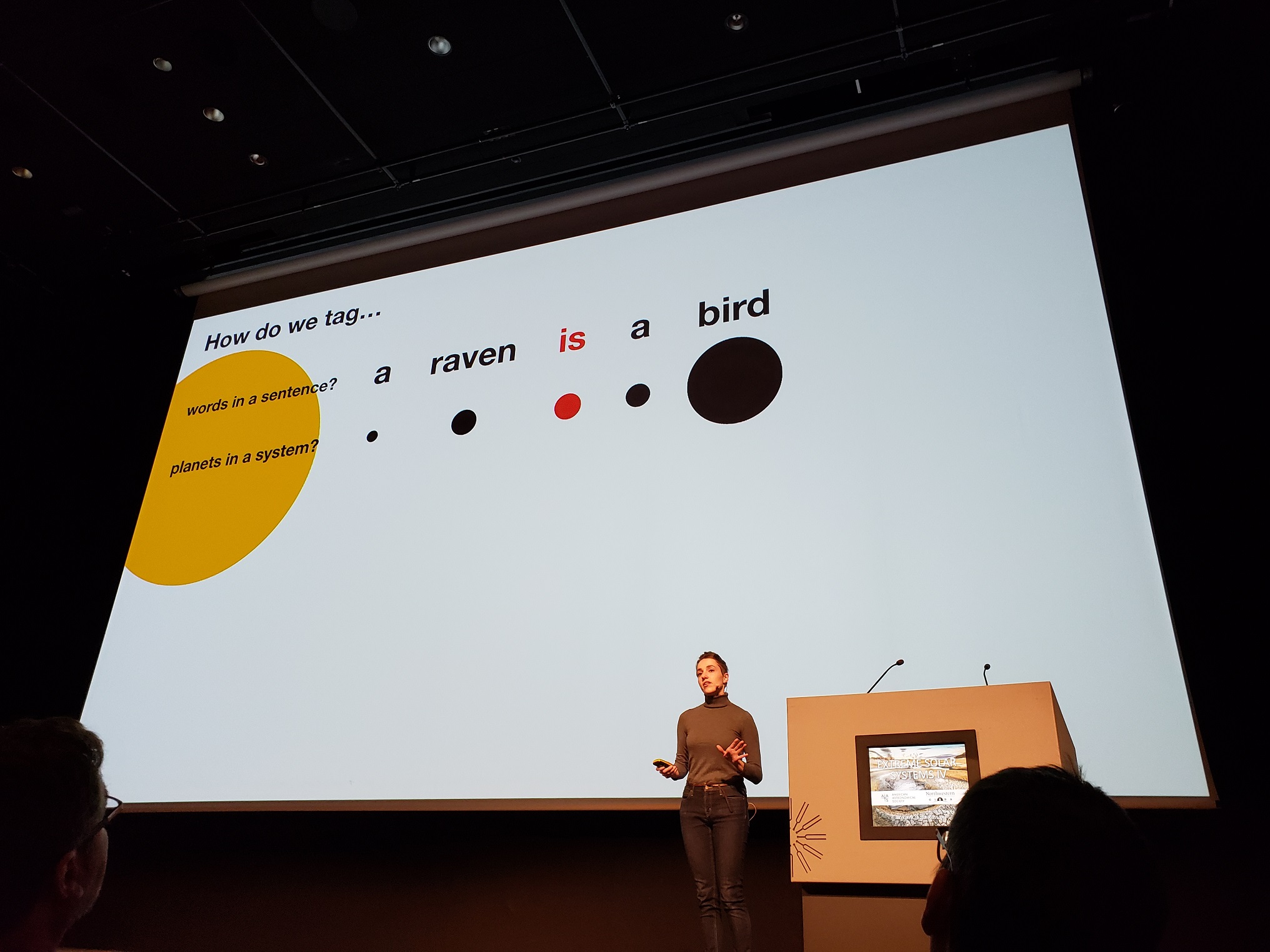 Dr Sandford plans to apply research which was undertaken on the sun in the 1990s, to understand the pattern of star spots and how they evolve over time, to other stars.

She adds: “This work derived mathematically from chaos theory, and techniques originally discovered from people looking at weather systems.

“Until about 2009, 2010 we didn’t have the same quality of data for other stars as we did for the sun. So analysis of this kind which was doable for the sun in the 1990s is now possible for other stars, because we have these very precise measures of their brightness over long periods of time.

“My intermediate goal is to reproduce some work which was done for the sun with updated solar data – that’s the first step – and then apply these techniques for other stars.”