Breathing new life into the long-unheard polyphonic harmonies of an illuminated Tudor choirbook would be a fascinating act of musical resurrection at the best of times. But to perform the music in as authentic a style as possible in the very (Royal) setting for which it was written 500 years ago adds a unique historical frisson.

Today, a touch of Wolf Hall comes to Westminster when the music of the Caius Choirbook, a vast hand-illustrated tome in the library of Gonville & Caius, returns to its musical home just a few metres from the present Commons chamber.

In a recital in the thirteenth century Chapel of St Mary Undercroft, the lower part of what was once the royal St Stephen’s Chapel, the Choir of Gonville & Caius will perform music preserved in the choirbook and composed by Nicholas Ludford, a musician at the chapel, together with extracts from his Lady Masses found in the British Library partbooks. The masses, one for each day of the week, were written for a small group of singers and were intended to be sung in the lower chapel, while the music of the Choirbook, calling for a much larger choir, is thought to have been composed for the more cavernous spaces of the main chapel above it.

Tudor political and religious upheaval cut short the Choirbook’s life in its intended space: following the Reformation, the upper chapel of St Stephen’s was swiftly repurposed as the chamber of the House of Commons (its facing choir stalls helping define the adversarial political architecture we know and love today). In 1834, the building was destroyed by the fire that razed most of the Palace of Westminster, but the vaulted Undercroft beneath survived and will host today’s recital.

The programme, opening with the Gloria from the Missa Lapidaverunt Stephanum from the Caius Choirbook, will feature not only choir performances but explanations of the intricacies of Tudor polyphony. There will also be recordings of organ improvisations devised and played on an authentically recreated Tudor organ by Dr Magnus Williamson of Newcastle University.

Caius director of music Dr Geoffrey Webber said: “There has always been a bit of a puzzle about the part book manuscripts because one of them has more music than the others. We think that the passages where the music is incomplete could have been a skeleton where Ludford or whoever improvised some organ music. For the first time here we’re trying to recreate that improvisation.”

The choir, known for its innovative projects and currently preparing a recording of the Caius choirbook for release next year, has also experimented with pitch to try to create an historically accurate performance.

Today’s recital is one element within a three-year research project designed to unearth the history of St Stephen’s Chapel, peeling back time to reveal the building forming the geographical and spiritual heart of our democracy. The Virtual St Stephen’s Project, led by Dr John Cooper of York University, is exploring how the chapel was built and developed over 70 years by Edward I, Edward II and Edward III to create a lavish setting for royal worship intended to equal European rivals such as the Sainte-Chapelle in Paris.

Under Edward VI, the upper chapel was converted to create the first permanent meeting place of the House of Commons – its footprint can be seen marked out in studs on the floor of the Victorian recreation.

Dr Cooper said: “As a monument to medieval kingship and a setting for parliamentary government, St Stephen’s has helped to shape the political culture of the nation.

“This chapel was one of the most amazing ecclesiastical spaces in the whole of England.”

The survival of the Caius Choirbook, almost a metre across when open to accommodate a group of singers reading from it at once, was extraordinary in itself, Dr Cooper said. “It is so appropriate that this music is returning with Caius choir into that space for the first time, I would like to think, since the Reformation.”

The Virtual St Stephen’s project runs until 2016, but will shortly produce a digital recreation of the medieval chapel, with the potential for augmented reality recreations in which headsets will spin viewers back 500 years.

For now, though, those seeking a glimpse of Henry VIII’s time need only close their eyes and listen to the music. 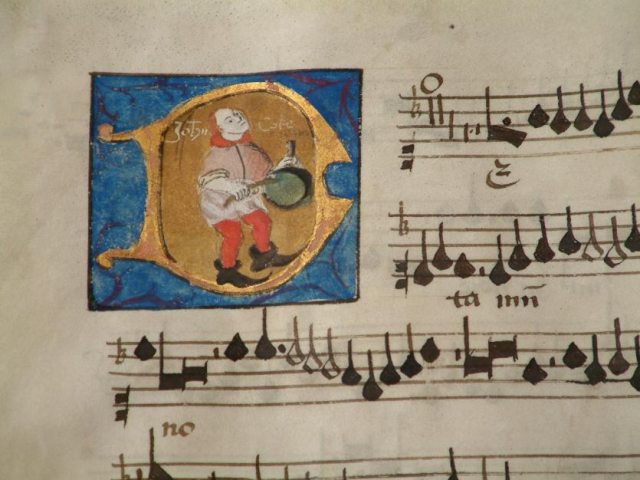 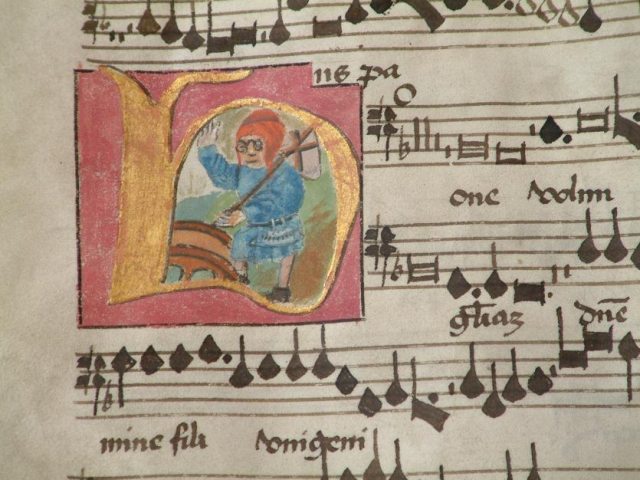 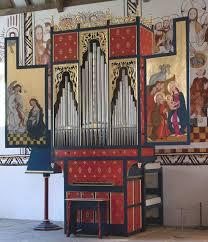