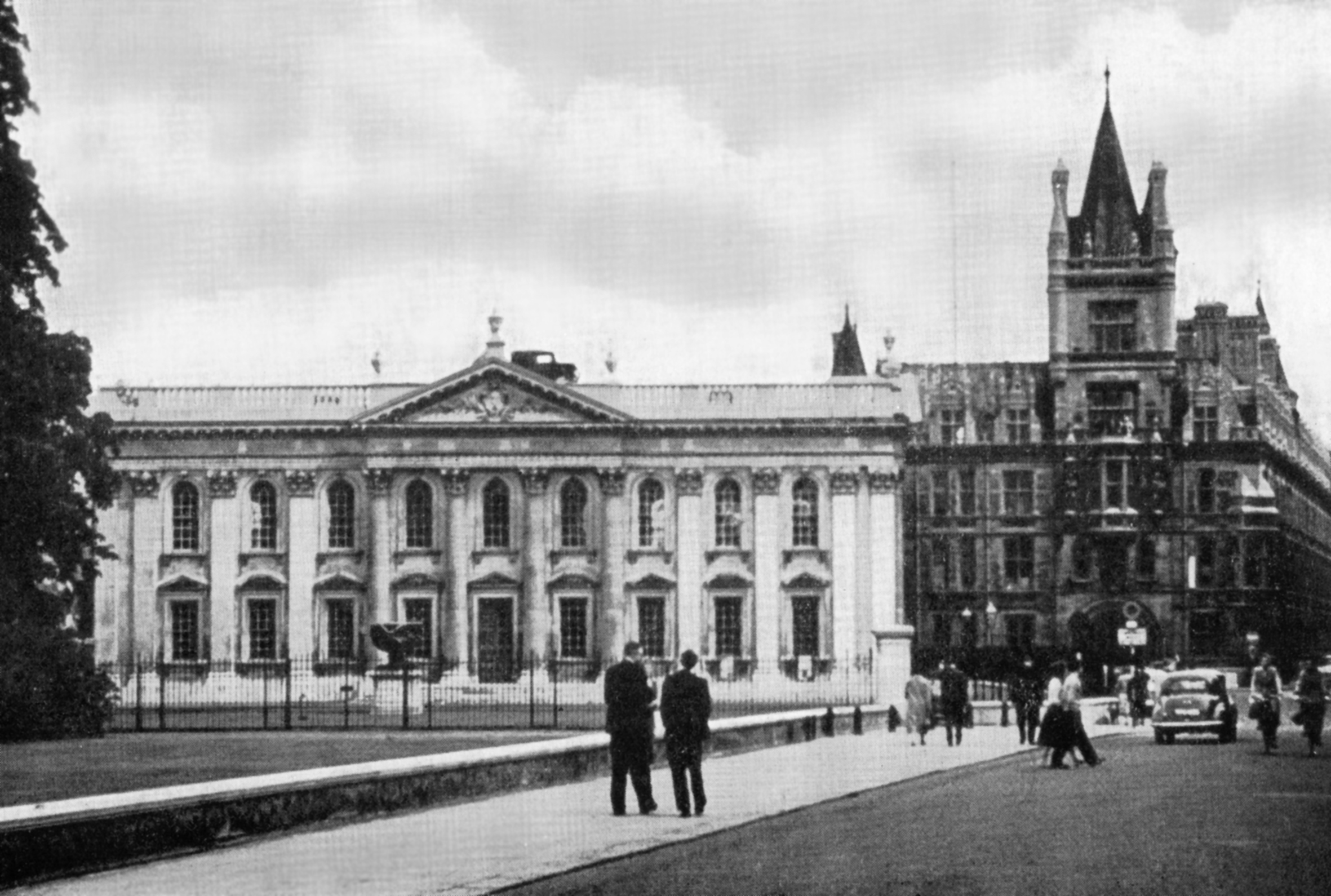 One of the most famous student pranks of all time is to be immortalised amid plans by Gonville & Caius College to install a vintage Austin Seven permanently on the roof of Cambridge University’s Senate House.

The move comes almost exactly 60 years after students at the College managed under cover of darkness to winch one of the classic cars in pieces to the top of the 70 foot high building and reassemble it on the roof, baffling onlookers when day dawned.

The secrets of the ingenious stunt, carried out on 8 June 1958, were kept for decades, but it emerged as the work of a group of Caian engineering students, who reached the roof by walking perilously across planks from a window in the College’s adjacent Waterhouse Building.

Now the College is to mark the milestone anniversary by installing an identical Austin Seven on the Senate House roof, bringing an original and entertaining twist to one of Cambridge’s classic postcard views. Visitors looking up King’s Parade towards Caius will be unable to miss the vintage vehicle perched cheekily atop the neoclassical eighteenth century building.

To add an extra touch of fun to the installation, Caius has opted to illuminate the car in an array of vibrant neon colours, arranged in a rapidly flashing sequence spelling out “Go the Mighty” (a favourite College rowing slogan) in Morse code. The bold concept – which will light up an otherwise somewhat dimly-lit area of the city centre 24 hours a day - has been inspired by the popular recent illumination of the Caius frontage as part of the Cambridge-wide e-Luminate festival.

College Council is also considering plans to install large speakers playing the revving of engines and the parp of old-style car horns to give a “son-et-lumiere” effect, sure to be popular with Cambridge’s many tourists. The cheery sounds will provide an extra dimension to occasionally dry degree ceremonies taking place within the Senate House building below.

The Master of Caius, Professor Sir Alan Fersht, praised the installation as “a grand scheme to celebrate one of the best-known episodes in the history of this illustrious College”.

He said: “We spend a lot of time at Caius doing serious things like research and teaching, but really what use are 14 Nobel prizes if you can’t enjoy a laugh occasionally?

“I’m particularly thrilled that Caius will now have something for tourists to photograph, as I’m fed up of seeing people taking selfies by that appalling Corpus grasshopper. Our flashing car will not only put the Corpus clock in the shade but frankly will make King’s College chapel look a bit pedestrian.”

The car will be winched into place by contractors A.P. Rilfool and Sons. Pedestrians are advised to avoid the Senate House Passage area while the operation is underway.