Intellegens grew out of Dr Conduit’s work while a Research Fellow at Caius, and now he is Chief Technology Officer of the company, as well as being the College Registrary and a Royal Society University Research Fellow at the Theory of Condensed Matter Group.

His early research, in collaboration with colleagues at the Department of Materials Science & Metallurgy, has been further developed to build a unique AI toolset that can train deep neural networks from sparse or noisy data through Intellegens’ first commercial product, Alchemite™.

In an international field of over 40 companies, Intellegens recently was awarded two prizes the Best-in-Class Software and Startup Innovation Awards in the Additive Manufacturing (AM) Innovation Awards, organised by the American Society of Mechanical Engineers (ASME). Fittingly, the ASME awards were created using a 3D printer. 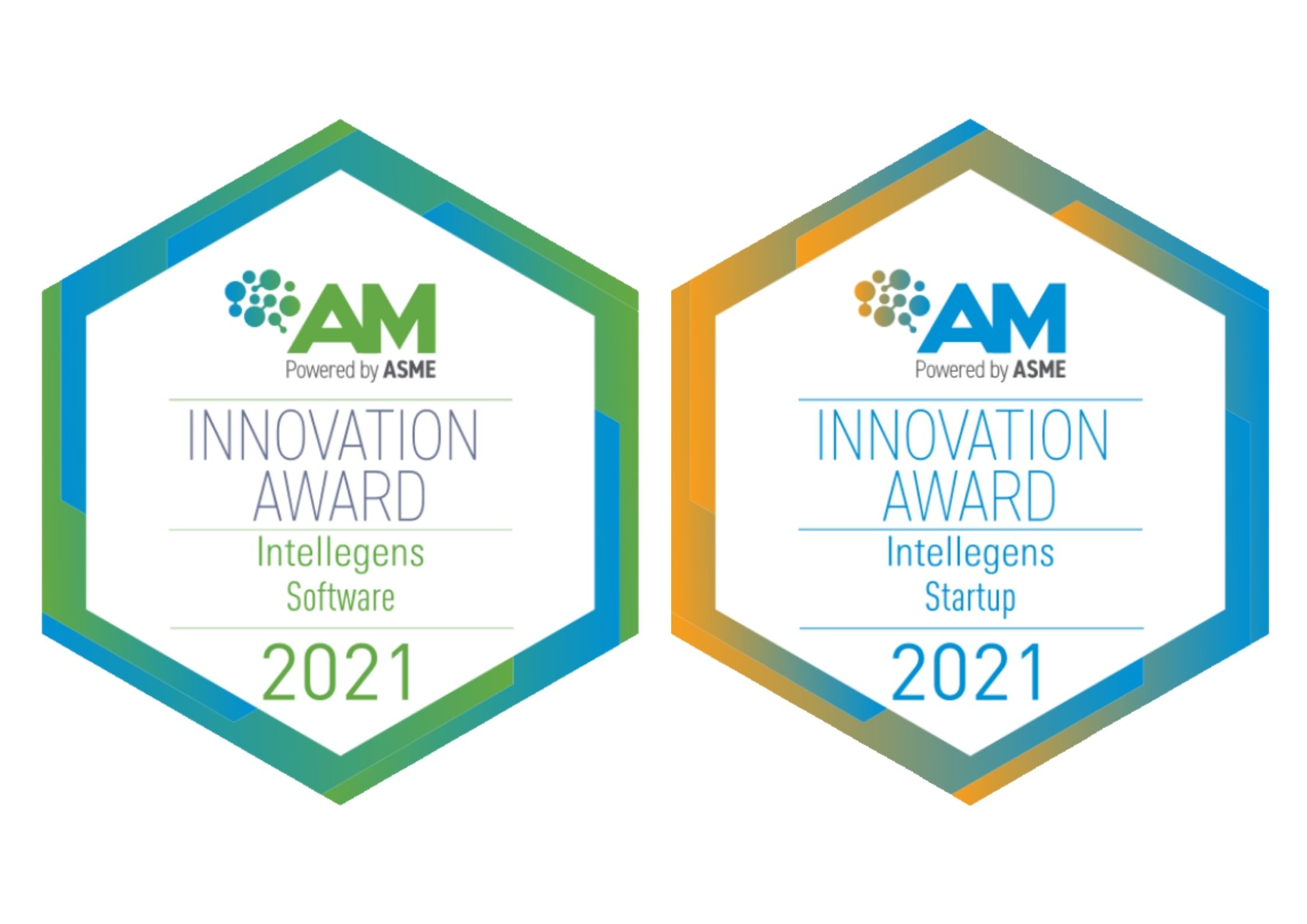 “We were delighted to be recognised in that way,” Dr Conduit says.

“We have a unique product (Alchemite™) that we have developed to solve a critical problem in 3D printing. It is a very powerful tool – we are able to design the component as rapidly as you can print it.”

The example Dr Conduit provided was of a damaged ship. Instead of the vessel having to travel to dock for lengthy repairs, if it carried a 3D printer, the replacement components required could be made on board whilst at sea.

“You can print objects that would never be possible by other manufacturing methods because they’re such a complex shape. You could make components that are stronger and lighter,” Dr Conduit adds.

The application of Alchemite™ is many and varied with a broad range of proven applications. From the development of better batteries – either to make them more efficient, or to be less reliable on finite resources from mining in remote corners of the globe – to producing components for engines.

Intellegens licenses its software products to companies, and has partnered with Optibrium, a leading provider of software and services for drug discovery, on its new product, Cerella, to accelerate drug discovery and increase confidence in lead optimisation.

Dr Conduit also has a paper recently published in Nature Scientific Data entitled: ‘OPTIMADE, an API for exchanging materials data’. The paper presents a new software tool that provides users holistic access to the information in all of the world’s leading repositories of materials data, an invaluable resource to accelerate future materials discoveries with machine learning.

From reading Natural Sciences (Physical) and completing his PhD in the Theory of Condensed Matter Group, University of Cambridge, Dr Conduit has diversified and it has paid dividends. And that is his advice to anyone seeking to emulate his success.

He says: “Be widely read and flexible to apply your idea not just to your speciality, but to other fields where it may be more impactful.

“Give it a go – take risks and be willing to embrace mistakes. If I got everything right I’d be disappointed as it would mean I’ve been playing things safe, or spent too long trying to achieve something, and I should’ve done it quicker and moved on to the next opportunity.

“And to help you along the way, get good advice from experienced mentors. Find a friend who has complementary skills to yourself to found a company.”