Two Caius scientists whose work focuses on population and genetics and on alcohol poisoning are among 47 new Fellows elected by the Royal Society.

Professor Anthony Edwards, a statistician, geneticist and evolutionary biologist, and Dr K.J. Patel, a molecular biologist known for his work on the damage caused to the body by alcohol poisoning, will join ten other fellows of the College as fellows of the Society, whose members include the world’s most eminent scientists.

Prof Edwards, a life fellow of Gonville and Caius and retired professor of biometry at the University of Cambridge, is best known for his pioneering work on phylogenetics – the study of evolutionary relationships within populations and species through biological analysis. This relatively new field of science looks back from the tips of the branches of the hereditary tree of life towards the originating trunk, looking for historical links and connections between species and examining whether they are genetically close. 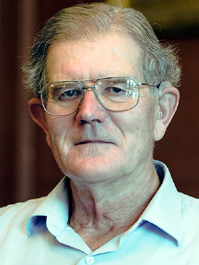 Caius has an especially long and important tradition in genetics, including not only the discovery of the structure of DNA by Caian Francis Crick and James Watson but also the work of RA Fisher, second Arthur Balfour Professor of Genetics and one of the three founders of population genetics. The baton of knowledge was handed on directly, as Prof Edwards was Fisher’s last undergraduate student.

As well as writing extensively on the history of genetics and statistics, Prof Edwards has also focused on purely mathematical subjects, such as Venn diagrams – the categorisation maps devised by the Caian John Venn.

Dr Patel, meanwhile, is best known for ground-breaking research explaining how alcohol causes us lasting harm through its ability to damage DNA – the blueprint of life. His team at the Molecular Research Council’s Laboratory of Molecular Biology in Cambridge identified the molecular mechanism by which cells in the body prevent the toxic breakdown product of alcohol from attacking DNA.

The findings, based on experiments on genetically-modified mice that lacked this protection mechanism, showed that alcohol exposure caused irreversible genetic damage to stem cells in the bone marrow – the body’s blood cell “factory”. The action of this alcohol-derived toxin may also explain how alcohol abuse in mothers can lead to damage to their fetus (fetal alcohol syndrome) and how alcohol consumption can predispose us to certain common cancers.

Prof Edwards, a graduate of Trinity Hall, came to Caius as a bye fellow in 1968, becoming a fellow two years later. His work in the 1960s with the Italian population geneticist Luigi Luca Cavalli-Sforza (an honorary fellow of Caius) pioneered the use of statistical methods – and of computers - to analyse genetical information and understand the diversity of the human race. Prof Edwards said: “To us that was not a new approach at all, but looking back it has turned out it was actually a revolution because as genetical information became available from the activities of the molecular biologists – including sequences of DNA – huge amounts of data needed to be processed.

“It was that statistical application of principles handed to us by Fisher that was the revolution.”

Surrounded in his college rooms by university record books, Prof Edwards is an enthusiastic keeper of both the history of Cambridge University and of Caius. His loyalty to the college comes of arriving “late”, he believes. “If you are an immigrant who has got here competitively at an older age you don’t take anything for granted.” 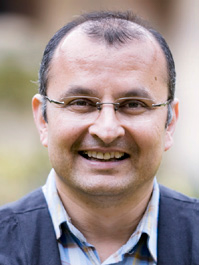 Dr Patel said a research fellowship at the college had granted him the four years of study needed to embark on his pioneering research. Now director of studies for medicine at Caius, he is also the college’s wine steward – a role he acknowledges represents an interesting counterpoint to his studies of the effects of alcohol.

He also welcomed his fellowship as the first achieved by anyone sharing his very common surname. “I am an East African Asian but in the UK Patels are often associated with owning corner shops, and there are 20-25 million of us in this world. But I’m proud to be the first “Patel” to be elected to the Royal Society in its 355-year history.”

* The full list of new fellows is available here: https://royalsociety.org/about-us/fellowship/new-fellows-2015/