Helioseismology, the study of the sun and its relation to the planets within our galaxy, has taxed the human mind since the earliest times. The first known recordings of solar activity were made by the Babylonians and the Chinese; however, concentrated study was always hindered by the risk of damage to the eyes from direct contact with the sun’s rays. The development of telescopes did not assist the fervent helioseismologist because their glass lenses only exacerbated the glare. In 1610 Christoph Scheiner, a Jesuit and professor of Hebrew and mathematics at Ingoldstadt, overcame this problem with the manufacture of the first helioscope, his machine helioscopia, in which the lenses were effectively diffracted so that, when trained on the sun, the glare was condensed, the eye protected and effective observation was rendered possible.

Aside from his academic and theological pursuits Scheiner was a keen astronomer and inventor. Around 1604 he assembled the first pantograph, or duplication instrument, his motive being principally the copying of diagrams rather than written documents. In the Rosa Ursina he describes the development of his helioscope, his observations of sunspots with it and his conclusions that the planets Venus and Mercury revolve around the sun. This assertion had brought him into conflict with Galileo, who claimed precedence in the hypothesis; in thinly guarded terms the “father of science” accused Scheiner, unreasonably, of the appropriation of his conclusions.

The Rosa Ursina was published in parts between 1626-1630, the episodic format reminding us that Scheiner was preoccupied by affairs of the College of Jesus. Other concerns played second fiddle and so, for example, his Pantographice, in which he described the invention of his pantograph, emerged only in 1631 at Rome, where Scheiner was detained on College business. The Rosa Ursina was printed by Andrea Fei at a private press established by Paolo Giordano Orsini, Duke of Bracciano, within his castle. One supposes that the costs of publication, which must have been considerable, were offset by Scheiner’s wealthy “patron”. In return Orsini receives a fulsome dedication, on the half-title verso, surmounted by an engraved portrait; and the title-page vignette incorporates the long-clawed bear, symbol of the Orsini family. The sun shines into a rose-cave where we see a wise old bear clutching a compass and primitive lens, with a telescope at his feet. Below a female nourishes her young and a male nourishes himself. On page 349 there is an engraving of the helioscope, etched probably by Daniel Widman, whose signature appears on a full-page spread on page 150, wherein an astronomer using a telescope peers up at the clouds. Behind him another, brandishing a helioscope, stares up nonchalantly towards the sun. 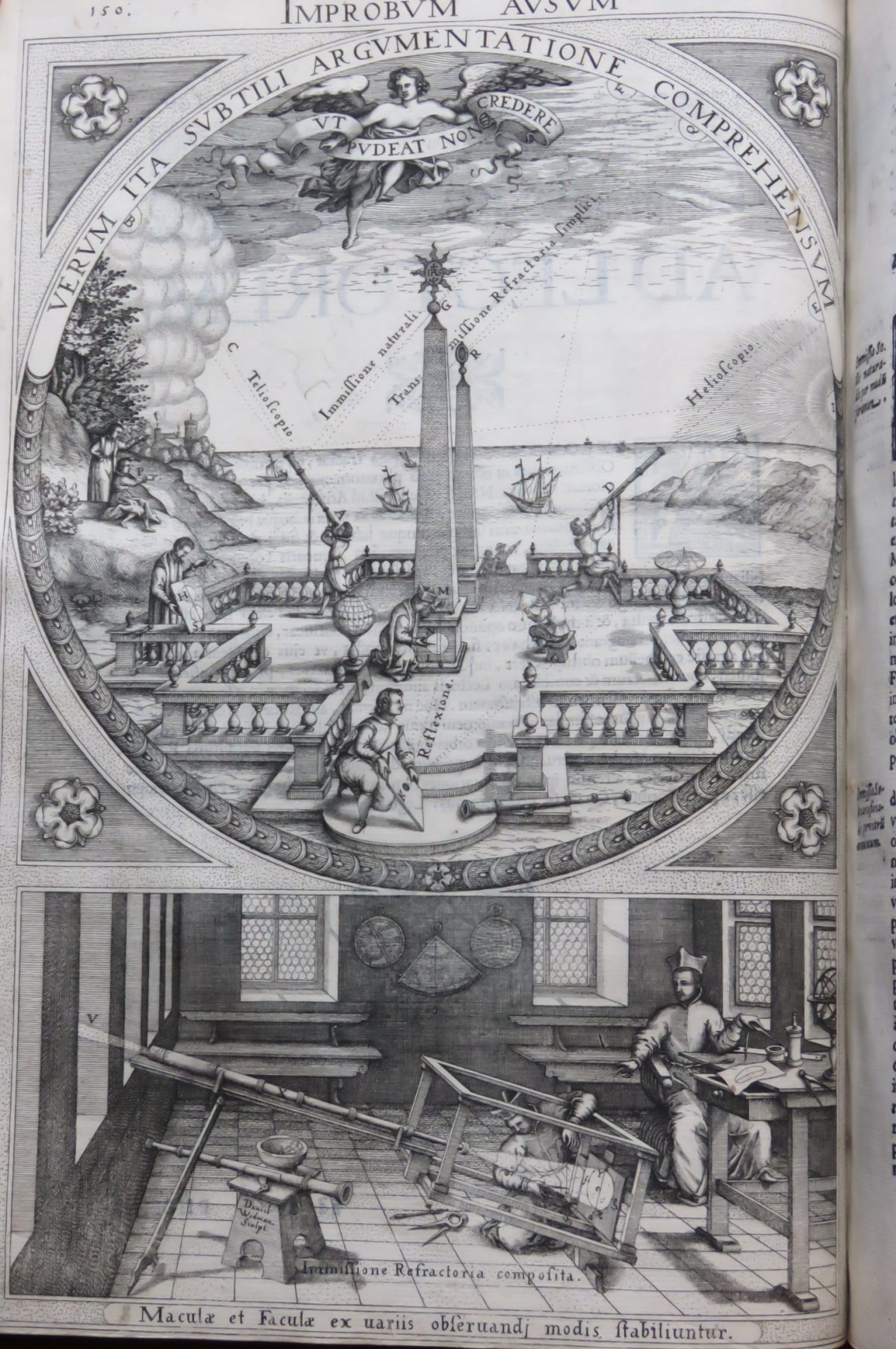 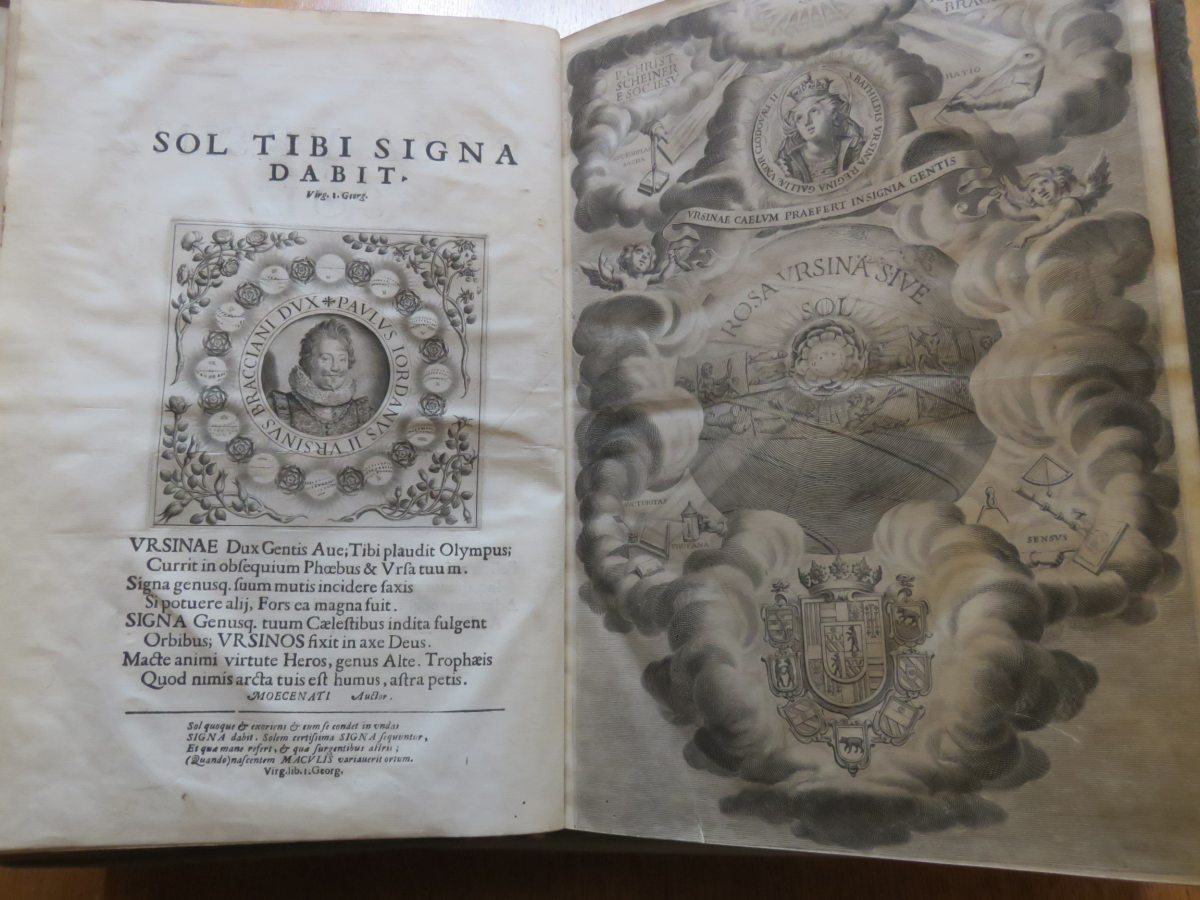 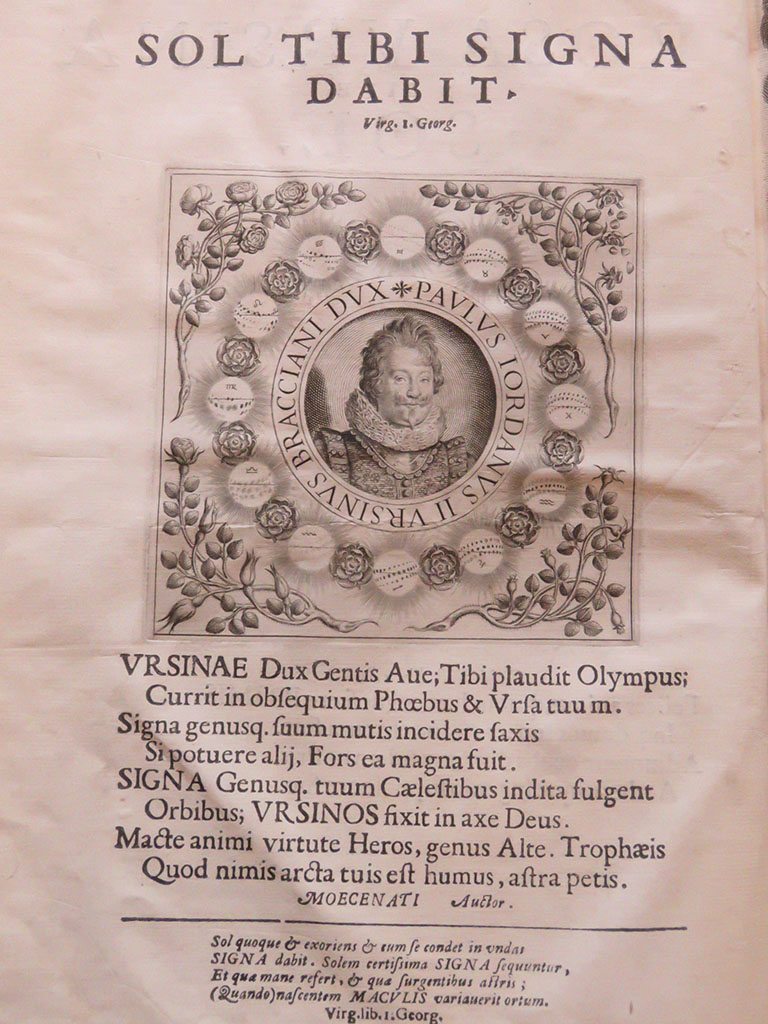 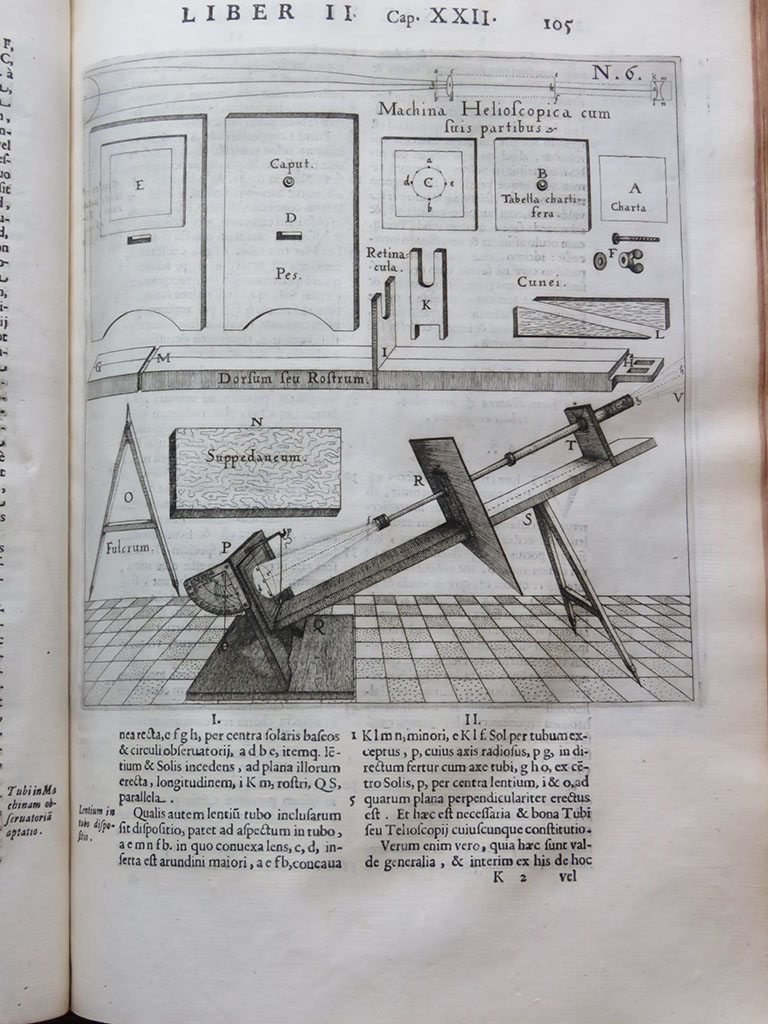 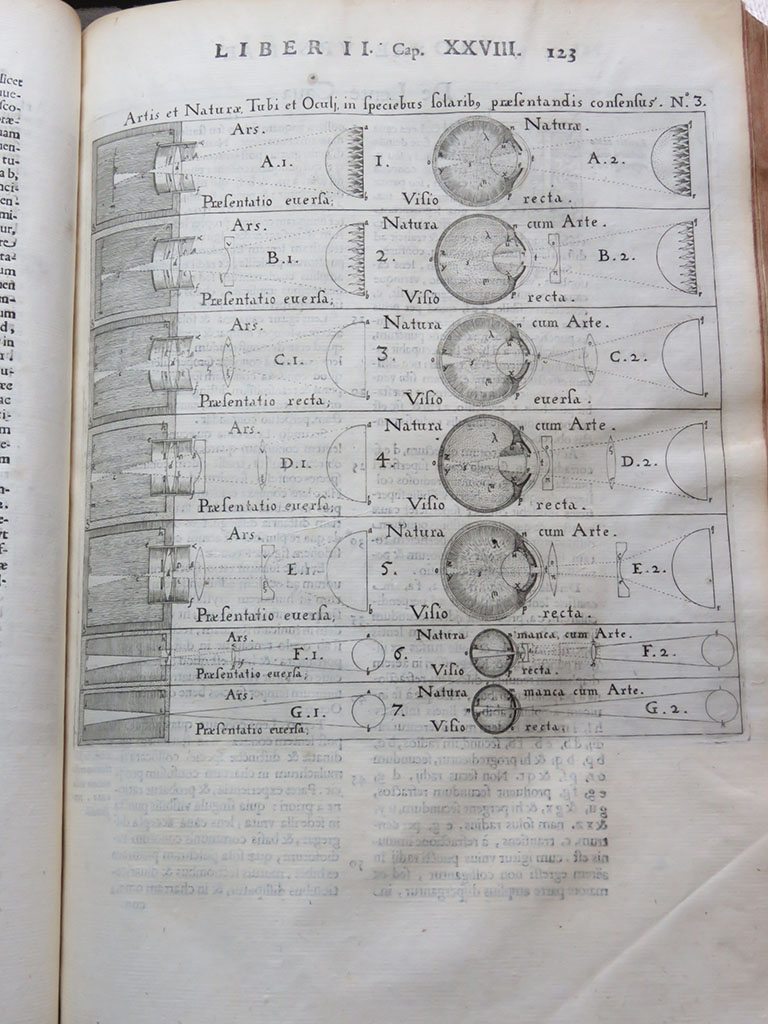 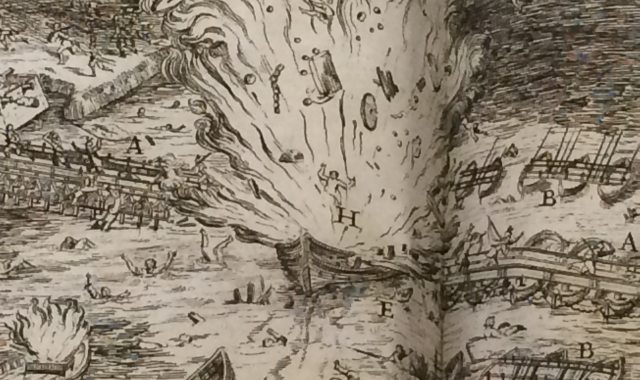 Find out moreFire in the hole! 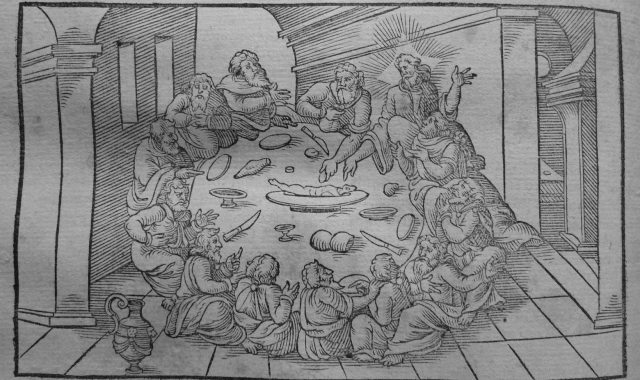