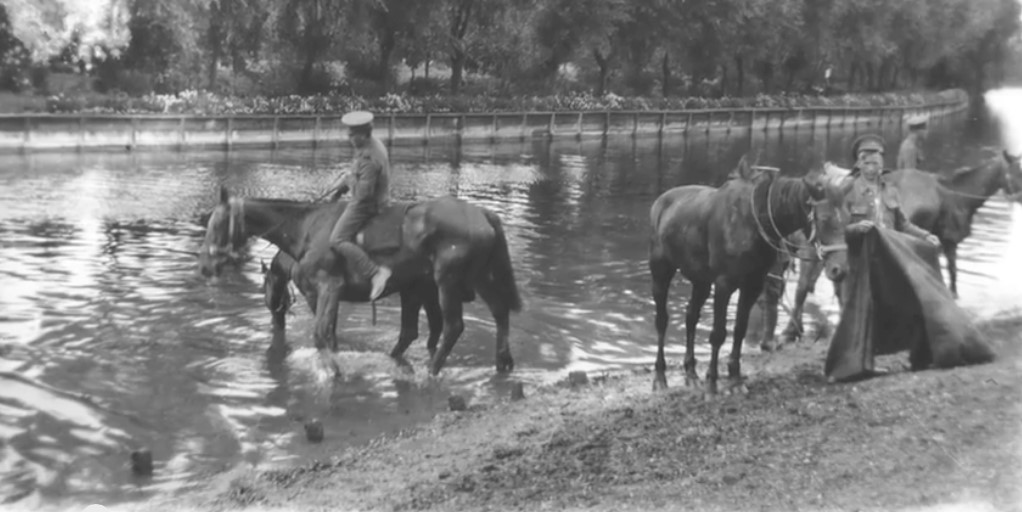 During WW1 the male student population of Cambridge University fell by as much as 90% as young men enlisted. Also, many of the lecturers and demonstrators joined up, some to undertake specialist war work. Added to this monumental change in the character of the city, there was a huge influx of soldiers as the army expanded and the new soldiers needed training.

There was a large encampment along the Backs where horses could access the water and the soldiers could swim. The army annexed the Market Square, college sports grounds and some of the boat houses for military use. They also drilled on Parker’s Piece resulting in the destruction of all the grass there. 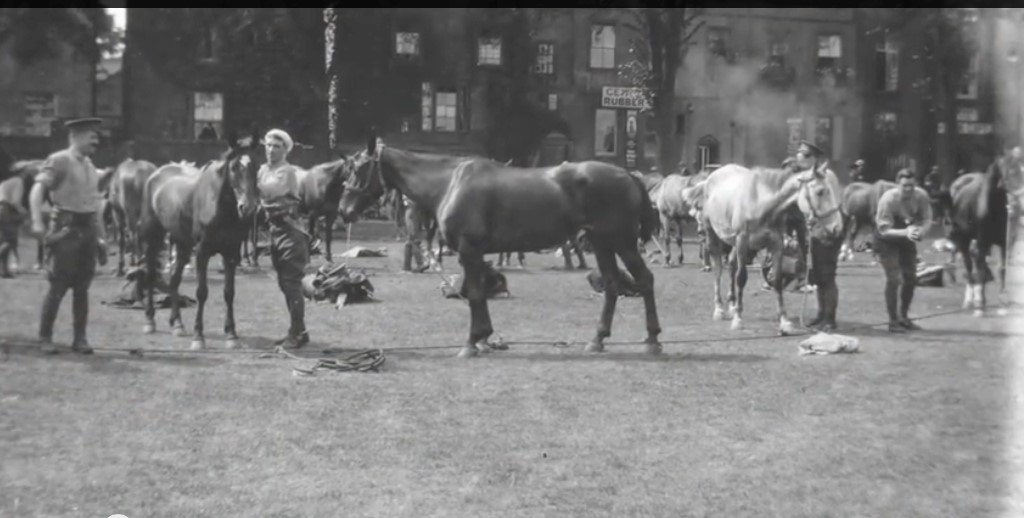 Across Cambridge, officers often dined in uniform at High Table amongst the rump of the Fellowship. Several Caius students who matriculated, because of the outbreak of war never came into residence. Of these, a very few did their basic training in these encampments.