The Third Battle of Krithia 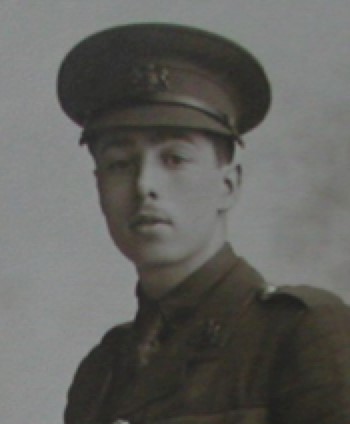 Edward Francis Thorburn served at the third Battle of Krithia with the 1/6th Battalion, the Manchester Regiment. Attacking at noon, the battalion were faced with devastating rifle and machine gun fire but achieved their objective. By mid-afternoon, there were Turkish troops on three sides and the position became impossible to hold, so they withdrew that evening. One report states ‘770 men of the 6th Manchesters had gone into action. By nightfall, when the roll was called, only 160 were fit enough to answer. 48 men had been killed.’

Edward was 21 years old. The actual date of his death is a little confused as the Commonwealth War Graves and the Caian state that he died on the 10th of June but his school, Marlborough College, quotes the 4th, the day of the battle. The battalion war diary is not very helpful as he is not mentioned, but the Manchesters were in battle on the 4th and in reserve on the 10th.

War diaries were written for each battalion serving during the hostilities and were a daily account of what the battalion was doing. Some officers were far more thorough than others in the detail that they recorded. Most recorded individual officers whereas only very few recorded individual ordinary soldiers and their actions. Much of the diaries are rather uneventful speaking, for example, of where the battalion was on a particular day, which routes were taken when getting into position and whether there was a religious service on a Sunday.

They tend to be more informative on days when in action at a particular battle and speak of times, objectives and the successes or otherwise of the day. The supplementary notes can often be very detailed, for example in terms of supplies carried and the objectives for the engagement. However, at particularly hard fought actions when fighting was very confused, they can be sketchy and only written up a few days at a time. This is true of the 1/6th Manchesters at Krithia.

Those war diaries that survive are held at the National Archives at Kew. 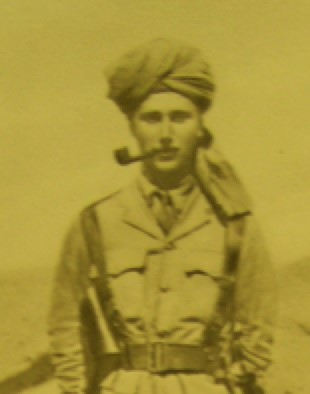 William Augustine Harper Lowry, always known as Harper, also died in the third Battle of Krithia. He was born in Calcutta in 1890 and came to the College in 1908. After two years studying his 1st MB followed by Physics and Chemistry, he went to be a tea planter in Ceylon where he joined the Ceylon Planters’ Rifle Corps.

Harper joined up at the start of the war and served with the 14th (King George’s Own) Sikhs who were then sent to Gallipoli in 1915. Two earlier attacks at Krithia had been unsuccessful, the area being overlooked by the Turkish troops who held the heights. For the third battle, the Sikhs were in Gulley Ravine and the Turks also held a strong trench at the end of the Gulley. This allowed their machine guns to fire from above, from the front, the rear and from every side.

The 4th June 1915 was a brilliant summer day. As was so often true in trench warfare at that time, the opening bombardment failed to cut the Turkish wire and the Indian Brigade was soon driven back with heavy losses. The 14th Sikhs lost 23 of their 29 officers and about three quarters of their men. Harper was one of those who died and his body was never recovered. He was 25 years old.