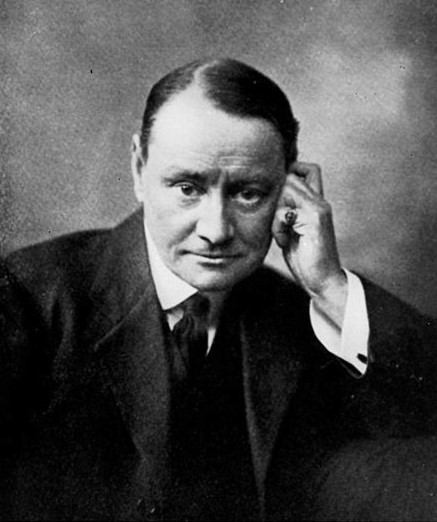 The master during the whole of the Great War was Sir Hugh Kerr Anderson whose memorial plaque is in the College chapel. Very poignantly, it is his name and signature that appear repeatedly on the application forms for the Caians who were commissioned during the war.

Sir Hugh’s family lived originally near Peterhead in Aberdeenshire but went to London in 1828. Although many had been doctors, the family developed strong shipping interests and Anderson, Green and Company were managers of the Orient Line of steamers.

Born in 1865, Sir Hugh was a keen fisherman and gardener. He also had a great love of music although he abandoned playing in his undergraduate days at Caius. After qualifying as a doctor at St Bartholomew’s hospital, Sir Hugh returned to Cambridge to research in Physiology. For twenty years he gave the 2nd year lectures on the Central Nervous System to a very appreciative audience:

He wrote countless little jottings and diagrams on the blackboard, lost the duster and rubbed them out with his gown and ended smothered in chalk and apologetic at having given such a bad lecture, and we went away having learnt, perhaps, nothing very definite about the connections of the cerebellum but a great deal about the major problems of neurology and the ideas which were shaping its development.            The Caian

During WW1, Sir Hugh returned to teaching medicine in order to release other men for war work. He also worked for the Ministry of Agriculture and the Ministry of Munitions. The College was filled with Staff Officers when the Staff College at Camberley transferred to Caius for the war period. These Officers attended various courses locally and Sir Hugh did much to ensure that their stay was made comfortable.

When Sir Hugh died unexpectedly in 1928, such was the esteem in which he was held that the Council of Trinity College wrote a letter of condolence to the President and Fellows. This was the first such letter ever written in the history of Trinity College.