The Battle of Loos

September 1915 was a tragic time for Caius when the College lost nine men in the first two days of the Battle of Loos. This was the second worst episode of the whole war.

The battle, sometimes called the Big Push, involved six whole divisions of the army and resulted in 61,000 casualties of whom nearly 8,000 were killed outright. The plan of action was that of Marshall Joffre, who was keen to break the German salient whilst they were reinforcing their positions further east. When they were told of the plans in June 1915, the British commanders felt that such a large offensive  needed to be delayed. They were concerned that the ground was not of their choosing, ammunition and heavy artillery were in short supply and the British troops were under-trained. 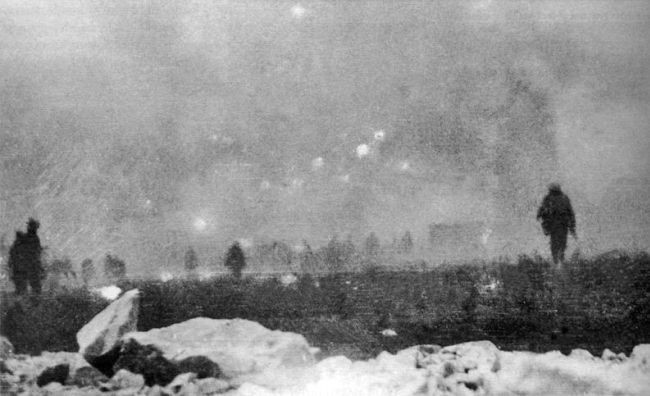 The battle began on the 25th September and was the occasion of the first use of gas by the Allies. The early weather reports were a little unfavourable and, indeed, the gas failed to roll forward over the German lines as intended but instead started to roll back over the advancing allied troops. Casualties were very heavy but there was much initial success and several enemy positions near Loos and Hulloch were taken. However, due to lack of reinforcements that were kept too far to the rear, the battle became bogged down, becoming a war of attrition with minimal gains. 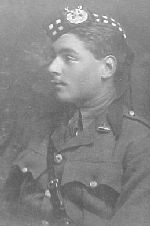 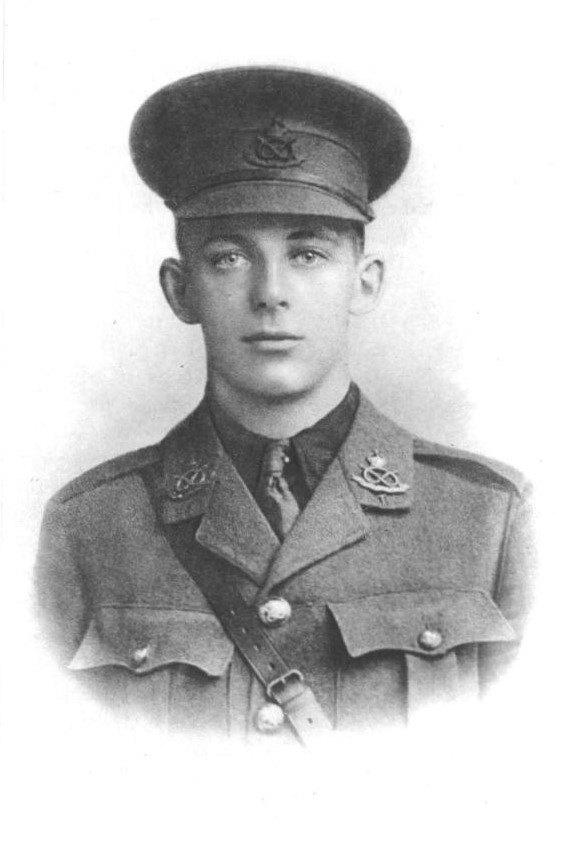 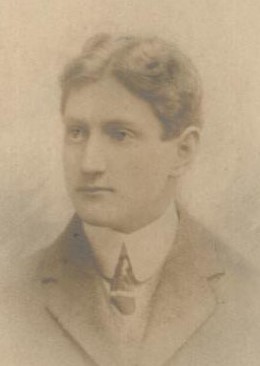 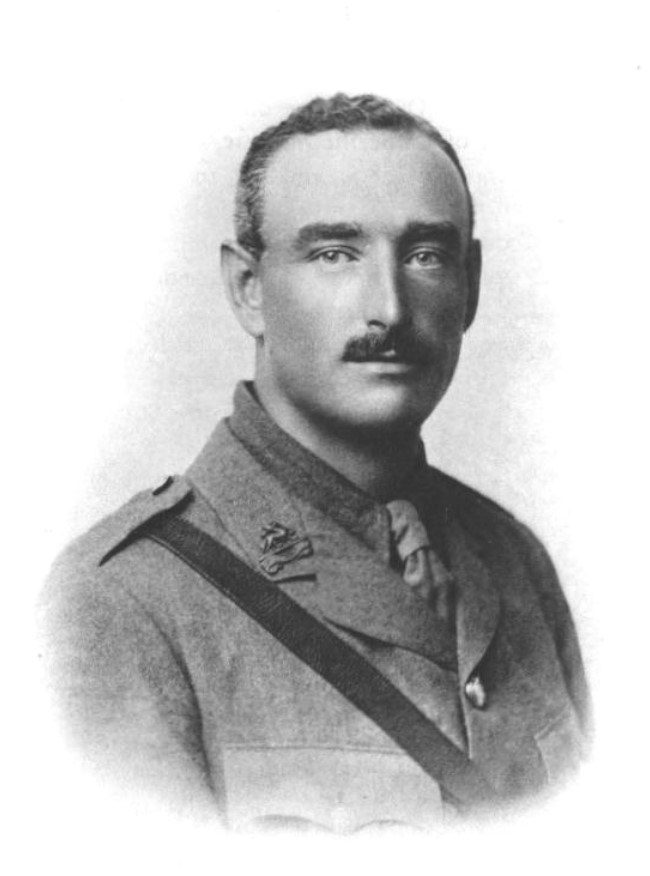 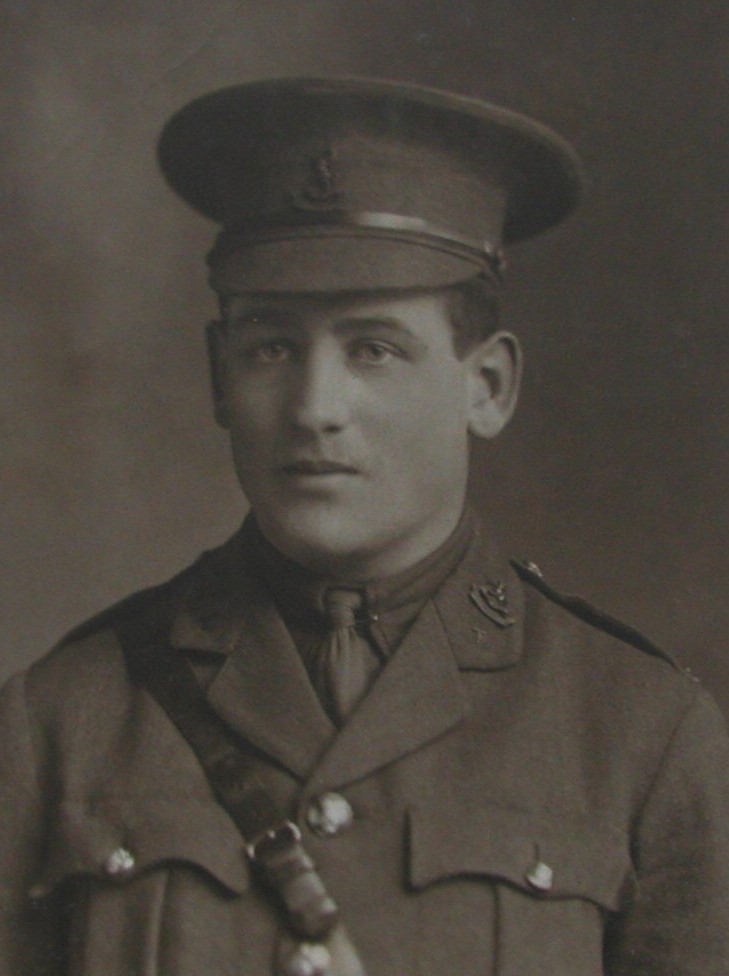 Little advantage was gained by the Allies in the battle but lessons were learnt. Chlorine gas proved unpredictable in its movement and early explosion of mines merely alerted an enemy to the coming attack. The trench layout did not allow easy movement of soldiers and intelligence reports were unavailable or ignored. The bombardment was insufficient to damage or destroy German defences and the British grenades were poorly designed. Another problem was that food & water did not get to the front lines.

Four Caians died on the 26th September. Of these, Richard Wilfrid Fawcett was training as a doctor when he joined the Royal Naval Volunteer Reserve. He was serving in H M S Ferrett fighting submarines near Cuxhaven at the start of the war in the first action to use seaplanes. He wanted to be more engaged with the enemy so he then joined the South Staffordshire Regiment and was killed near the La Bassee canal.

Henry Oliver Beer was one of those who never matriculated but went straight into the army. A keen rugby player at school, he was in the heavily bombarded assault near Hill 70, a strong German position near Hulluch. In the unsuccessful attempt, 23 of the 24 officers of his battalion were casualties together with over 600 of the men.

Cecil William Morton White was a sports-loving prefect at Marlborough College who was a classics scholar. He was a gymnast who also played cricket, hockey and football at school. He also went straight into the army without matriculating. He was killed near Hulluch with the Norfolk Regiment. He fell to the heavy machine gun and rifle fire rained down from the German positions.

Thomas Sydney Schafer was the son of a German father who was naturalised British. Never a sportsman, he read medicine and went on to University College Hospital before joining up as a private in an Australian Field Hospital. He then took a commission with the Northumberland Fusiliers and died in the attack on Hill 70. Thomas’ married brother was also killed in the war and their father, Prof Sir Edward Albert Sharpey-Schafer, who was professor of medicine at St Thomas’ Hospital, was left to raise his grandson. 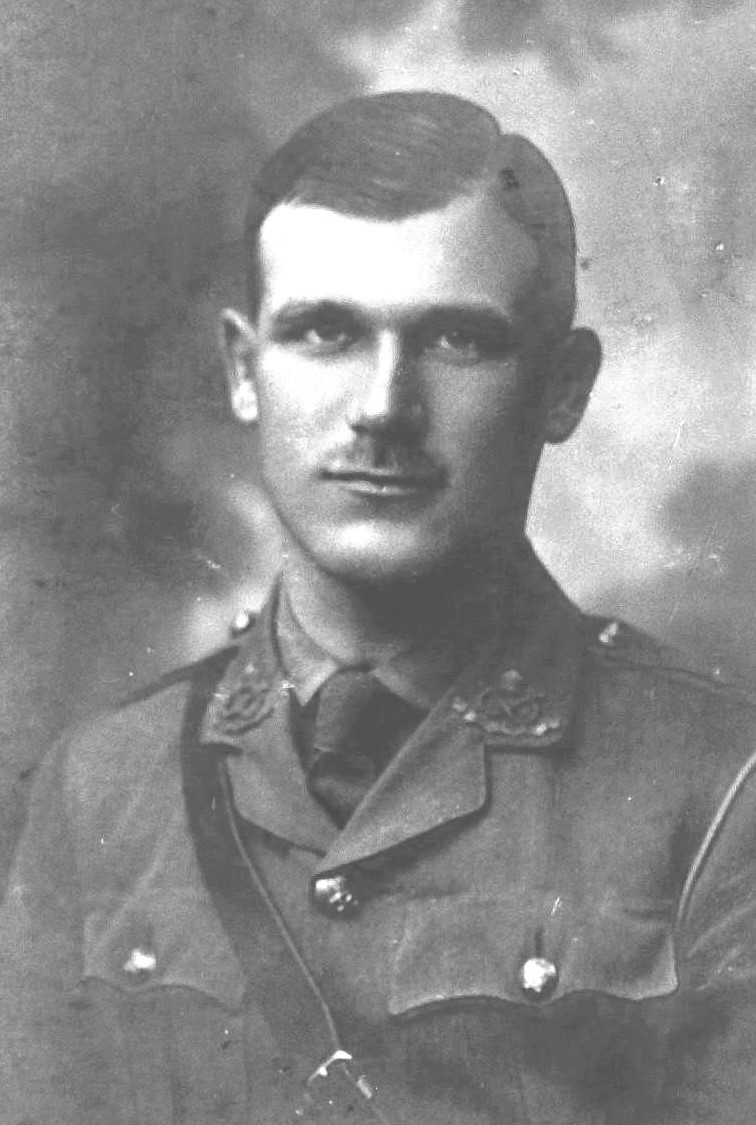 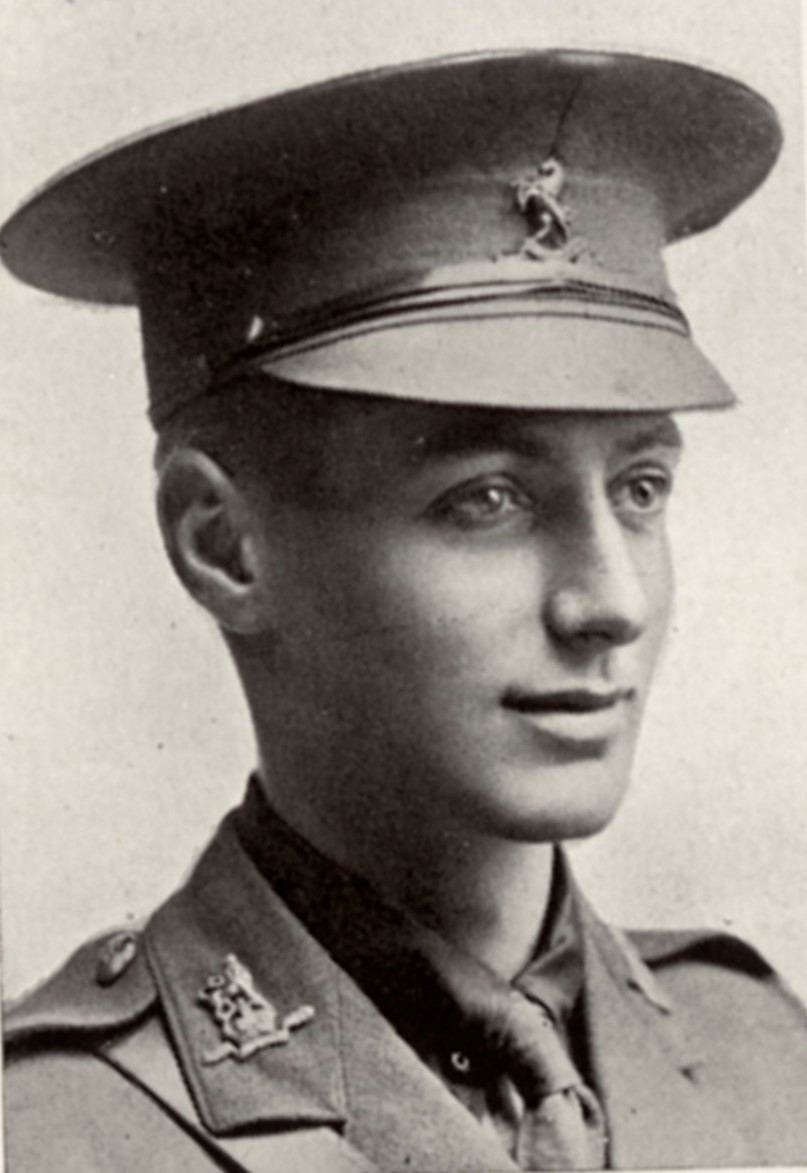 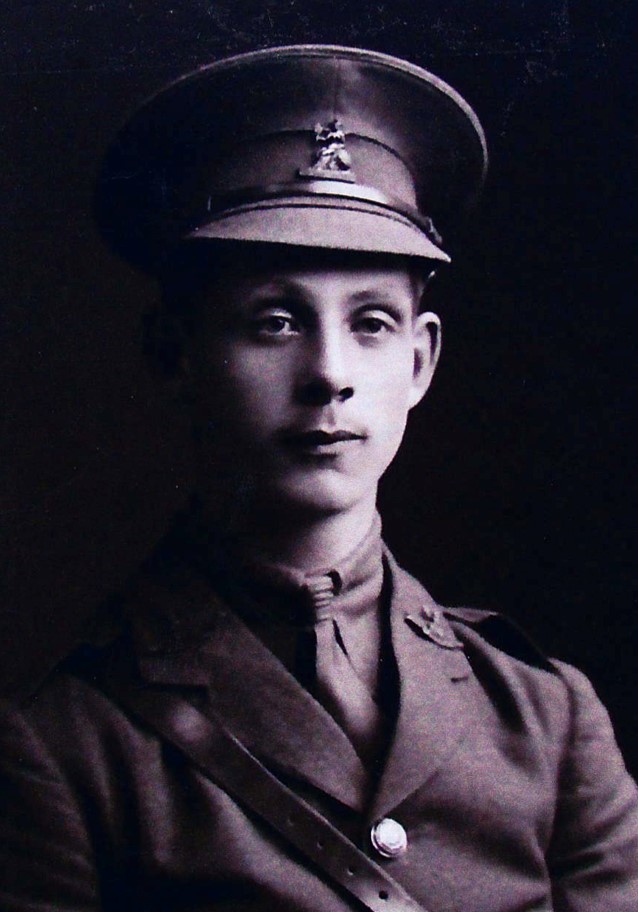 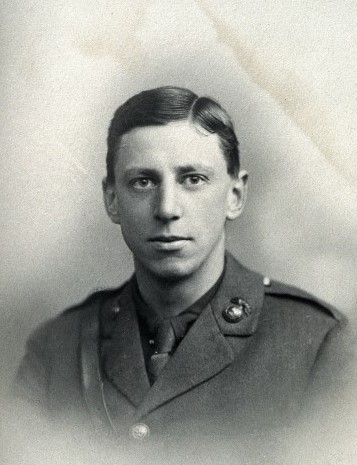 It is easy to forget that major battles have an aftermath when they claim yet more casualties. Reginald (Rex) Moir could perhaps be regarded as the tenth Caian to die as a result of the Battle of Loos where he fought as a 2nd Lieutenant in the 70th Field Company, Royal Engineers.

Rex matriculated in 1911, reading Engineering and spending his spare time on the river. His family were noted civil engineers and produced many Caians over the years. Rex’s father was responsible for the Hudson River tunnelling, the Blackwall Tunnel and several docks and dock extensions in London, having learnt his trade on the Forth Bridge in Scotland.

Rex had been in action at the Hohenzollern Redoubt but became ill, suffering from jaundice, and returned to England. Like so many officers and men at that time, he was desperate to return t 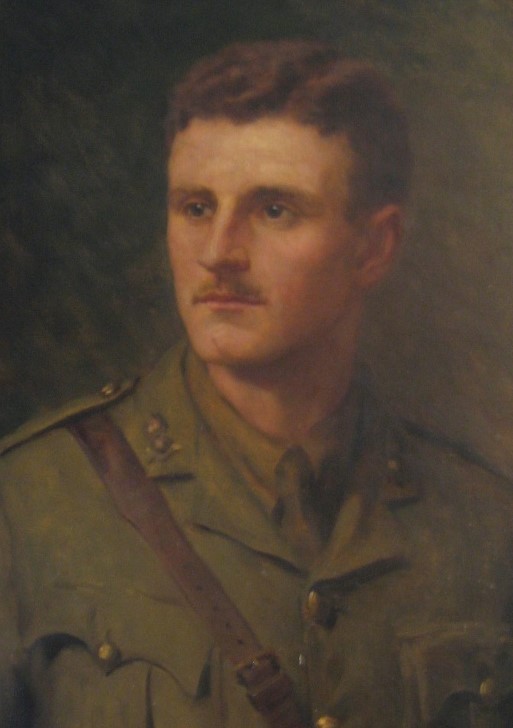 o the front and to his fellow soldiers. Before he was completely recovered he returned to the Loos area, to Hulluch and Hill 70. He spent three totally sleepless days and nights in October in the trenches engaged in bombing before he collapsed with pyrexia of uncertain origin. This description was often a euphemism for ‘trench fever’ brought about by the insanitary conditions in which the soldiers fought.

Rex was returned to England to the Officers’ Hospital in Park Lane where he died of meningitis four days later on the 9th November 1915. He was 22 years old.