The Battle of Aubers Ridge

In the winter of 1914-1915, the Germans and their allies were keen to attack Russia and, in order to push forward their attack there, they decided to remain on the defensive on the western front. The French General Joffe decided that he would institute a speedy attack on the German salient that had been punched into French territory in 1914. He asked the British for help in the attack north of Arras but heavy rain and dense mist delayed the attack. The Battle of Aubers Ridge finally took place on the 9th May 1915.

The land in this part of Artois is very flat and was cut by drainage ditches which could be up to 15 feet wide, too wide to be jumped. There was no cover for the attacking infantry and the German positions were not clearly visible. Their trenches had been greatly strengthened over the winter whilst British equipment was poor, intelligence was inadequate and communications were weak.

The British bombardment began at 5am and lost them the element of surprise. It was also ineffective at cutting the barbed wire so that the troops were bunched around the few gaps that were created. This made the infantry vulnerable to the well-placed German machine gunners. By 10am, it was clear that the attack was a failure and the British lost 11,000 casualties that day. The battle was an unmitigated disaster and has sometimes been described as the most ineffectual of the whole war. 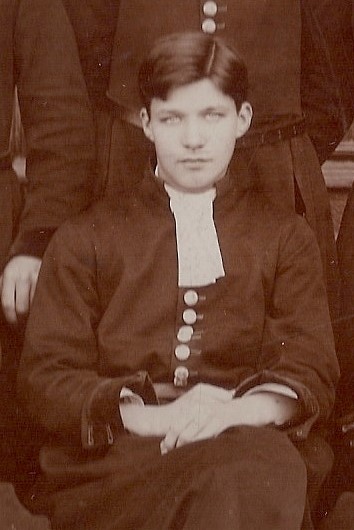 man Charles Allen was killed that day, aged 25. He had read Mathematics and was a Senior Optime before going to work for the Fine Art Department of the Ashmolean Museum. He was serving with the 2nd Bn, the East Lancashire Regiment and had been in France for six weeks.