"The S is for Stephen" - this could become a popular misconception down the line, but it is decidedly apt that the beautiful new building at 5 West Road should be named after the College's most celebrated Fellow then living, Professor Stephen Hawking (1965). Professor Hawking, who died in 2018 aged 76, lived in a Victorian villa on the same site for a number of years, where he raised his family and wrote his famed bestseller A Brief History of Time. 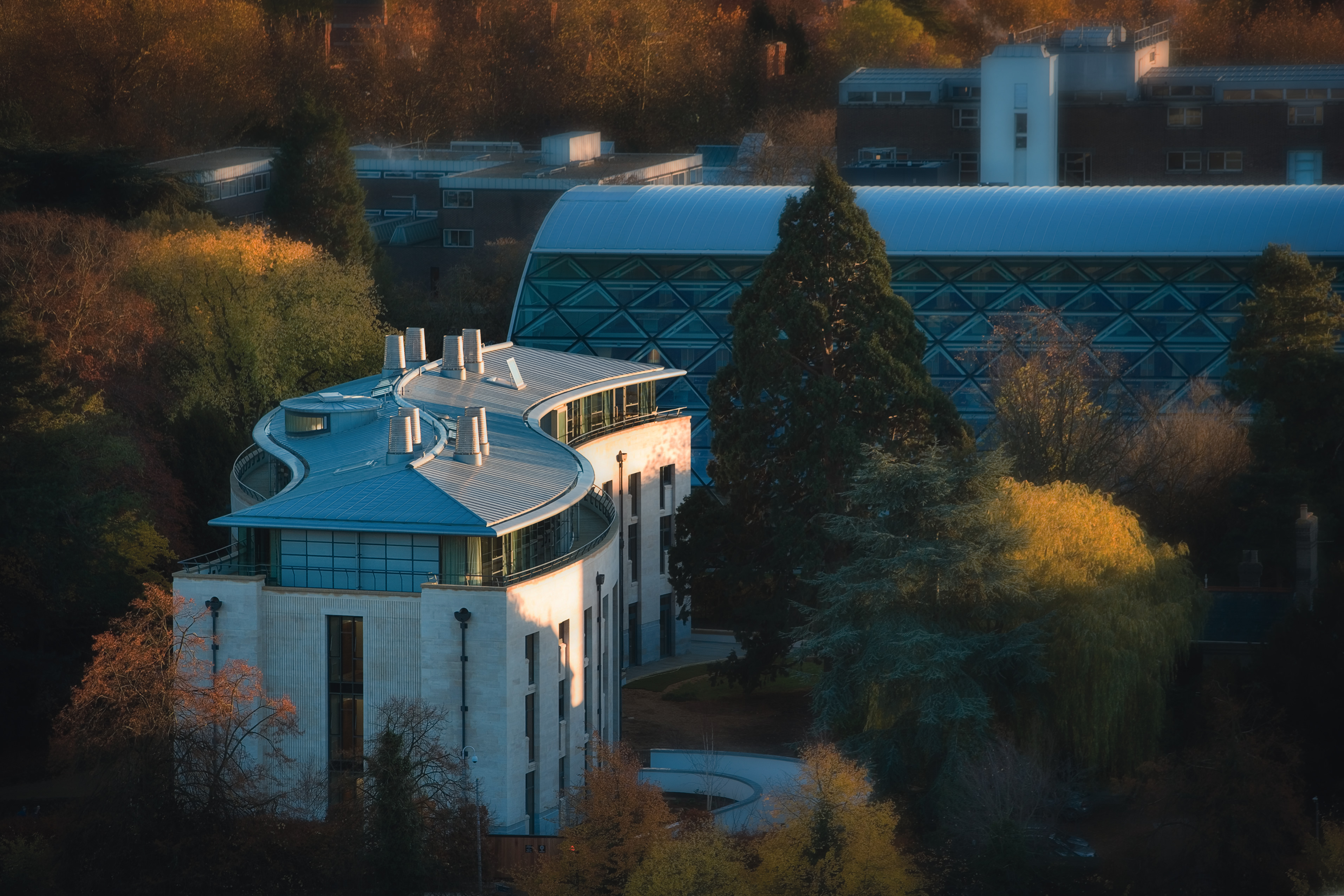 Professor Hawking gave his early support to the project by symbolically cutting the first sod in February 2005, as told in the first issue of Once A Caian. A few months later, the then Master Neil McKendrick unveiled the Foundation Stone at the 2005 May Week Party, and the building was well and truly underway.

Of course, those in the know will recall that the building is S-shaped to avoid the three mature trees already located on the site, the City Council insisting that they be preserved.

Nevertheless, the architects pressed on, and in November 2005 the benefactors who had each pledged £1million to the project laid the final stone at the Topping Out ceremony. In September 2006, the fitting out of the building was completed and new students were able to move in as planned.

Finally, the student common room, which boasts movable screens, a projector attached to the ceiling, and a lift to an underground storage room which even has space for a grand piano, has been named the Cavonius Centre in honour of the £1million donation made in memory of the late Professor Dick Cavonius.

The Official opening of the Stephen Hawking Building by the University Chancellor, HRH Prince Philip, went ahead on Tuesday 17th of April 2007. This event was covered fully in issue 6 of 'Once a Caian...' (download PDF).

However, the crowning achievement in the construction of the Stephen Hawking Building was its funding. Nearly 2,000 Caians, parents and friends of the College gave more than £10million to the project. Without their far-sighted generosity, this beautiful building would not be there today.