Invest in our research

World-class research is a vital part of the College’s mission. The Caius Fellowship ranges from Professorial Fellows with decades of experience to Research Fellows just beginning their academic careers. Cambridge University policy is to increase postgraduate numbers by 2 per cent each year, making this the fastest growing section of the College.

Research Fellowships are four-year positions offered to four young scholars each year, close to the completion of their PhDs. They are elected, by stringent competition, from the most promising young researchers in Britain and overseas. More than excellence is required: the work presented must be original, innovative and significant, since applicants are expected to be the very best in their field.

Professor Stephen Hawking is a notable example; our three most recent Nobel Prize-winners all held Research Fellowships at Caius early in their academic careers: Joseph Stiglitz (1965), who won the Nobel Prize in Economics in 2001, and Roger Tsien (1977) and Michael Levitt (1970), who won Nobel Prizes in Chemistry in 2008 and 2013.

In 2009, Roger Tsien told Caius students: “The research I did here laid the foundations for the work that won me the Nobel Prize... the difference is that a Research Fellowship is a promise for the future, rather than a recognition of the past... the College took a risk on me and I appreciated it!”

These Fellowships allow academics early in their career to focus uncompromisingly on key lines of research, often at the same time as learning teaching skills. Research Fellows form an excellent link between the senior and junior members of the College and contribute greatly to the vibrant life of the College. Providing such Research Fellowships is one of the major contributions the colleges of Cambridge and Oxford make to the nation’s intellectual life.

In times of financial stringency, new Research Fellowships are cut back, because each one is a substantial new investment for the College. For a time, early in this century, only two per year were awarded. Now the programme is fully operational again, the College regards as a priority the need to raise funding for endowments to support the appointment of four new research Fellows every year. Professor John Saunders (1967) from Australia is the first Caian to step forward to endow such a Fellowship.

Funding is needed for 15 of our 16 Research Fellowships.

The greatest expansion in the College in recent years has been in our lively, increasingly international, postgraduate community. Caius now has almost 300 postgraduate students and over 530 undergraduates. Many postgraduates carry a burden of debt from their first degree. They have to pay higher fees, without access to student loans, and can find themselves in financial difficulties.

Caius attracts applications from world class postgraduate students but many go to other institutions because they offer more generous funding. The College is keen to ensure that the best candidates are able to come to Caius, whatever their financial situation.

The choice of a college for overseas postgraduates is naturally influenced by the financial assistance available. Caius would like to offer selected students grants to cover at least their maintenance costs, if not their fees. This would help to maintain the highest levels of academic excellence among our applicants

Lord Bauer (1934) came to Caius as a refugee from his native Hungary and remained a Fellow for many decades. He rose to be Margaret Thatcher’s chief economic adviser, but never forgot the assistance he had received from the College at a crucial stage in his life. He left a considerable legacy in his will, with an important caveat: “Without imposing any binding trust or obligation on the College, I wish...”

Having made sure his bequest would be beneficial to Caius, even if the College’s needs or the governing legislation were to change, Bauer asked for the money to be given to overseas or British students who would not otherwise be able to come to Caius. Many such students have had reason to be grateful to Peter Bauer – and loyal friends of his have recently made further donations to the Bauer Bursary Fund, so that it will continue to provide crucial support to outstanding scholars.

At present, we can afford to give bursary support to only a handful of our postgraduate students. The College would like to cover the full costs of many more postgraduates.

Our aim is to increase our Endowment by £40 million to support postgraduate students.

John Venn (1853), graduated in Maths as 6th Wrangler, became a Fellow at 23, College Lecturer at 28 and President at 68. College historian, biographer of John Caius and compiler of our first Biographical Histories, Venn resigned from the clergy, nurtured the Moral Sciences Tripos and lectured and wrote on Logic. He is widely remembered for inventing the eponymous Venn diagram.Edward Wilson (1891) took a First in Natural Sciences, qualified as a doctor and was a deeply committed Christian. Also a zoologist and a gifted artist, he reached the South Pole with Scott in 1912 and died with him on the return journey. Scott called him “the finest character I ever met.” The College flag Wilson carried with him still hangs in Caius Hall.Howard Florey (1924) came to Caius as a Research Student. He became a Fellow in 1926 and a College Lecturer in 1927. Florey won the 1945 Nobel Prize in Physiology or Medicine (together with Alexander Fleming and Ernst Boris Chain) for first synthesizing penicillin for use as a therapeutic treatment and carrying out the first clinical trials. He won the Copley Medal in 1957.James Chadwick (1919) came to Caius as a Research Student and became a Fellow two years later. His discovery of the neutron led directly to the first “splitting of the atom” and won him the 1935 Nobel Prize in Physics and the Copley Medal in 1950. He led the British scientific team in the Manhattan Project, which developed the first atomic bomb. He returned to Caius as Master (1948-58). 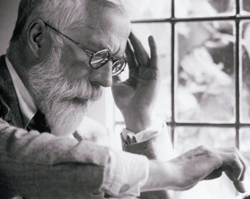 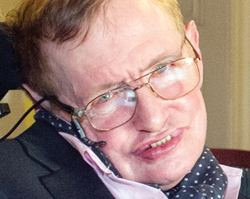 Ronald Fisher (1909) took a First in Mathematics and became a Fellow in 1920 and again in 1943, and President in 1956. He founded modern statistical theory and made major contributions in evolution and natural selection, uniting the advances of Darwin and Mendel. He won the Darwin Medal in 1948 and the Copley Medal in 1955.Joseph Needham (1918) established a reputation as a world leader in Biochemistry before abandoning it to devote himself to his lifelong study, published in many volumes as Science & Civilisation in China. He became a Fellow at 24, President at 58 and then Master (1966-1976). Honoured in China and the UK, he made an unparalleled contribution to East- West understanding.Francis Crick (1949) came to Caius as a Research Student and was made an Honorary Fellow in 1976. Crick, while still a PhD student, and James Watson discovered the double-helical structure of DNA, pioneering the science of Microbiology. Together with Maurice Wilkins, they were awarded the 1962 Nobel Prize in Physiology or Medicine. Crick won the Copley Medal in 1975.Stephen Hawking (1965) is the most famous scientist in the world and a standard bearer for the disabled. He came to Caius as a Research Fellow and has so far stayed for half a century. He was Lucasian Professor of Mathematics and won the Copley Medal in 2006. Hawking has captured people’s imagination and brought science to a new audience by writing about his exploration of the universe.

A brand new Podcast from Caius ‘For the Love of Learning’ launches today!

Today we are excited to launch our brand new podcast ‘For the Love of Learning’, sharing big ideas and topical insights from Caius with...

Find out moreA brand new Podcast from Caius ‘For the Love of Learning’ launches today!