Army to academia and Afghanistan

Frontline war zone experience with the British Army will influence the research of Lieutenant Colonel Bobby Bryan (Politics and International Relations 2021), whose academic angle was changed by the summer’s controversial Afghanistan withdrawal.

Bobby is a father of three and matriculated at the University of Cambridge in October. He has had 23 years in the military, since graduating from his undergraduate degree in Politics and International Relations at Reading University, and subsequently from Sandhurst in September 1999.

“I’m in the privileged position to be able to return to study International Relations and Politics from an academic and detached perspective, when I’ve lived it operationally for 23 years,” Bobby says.

Bobby’s MPhil is sponsored by the British Army, who see the value in having a conduit with military experience between academia and policy makers. 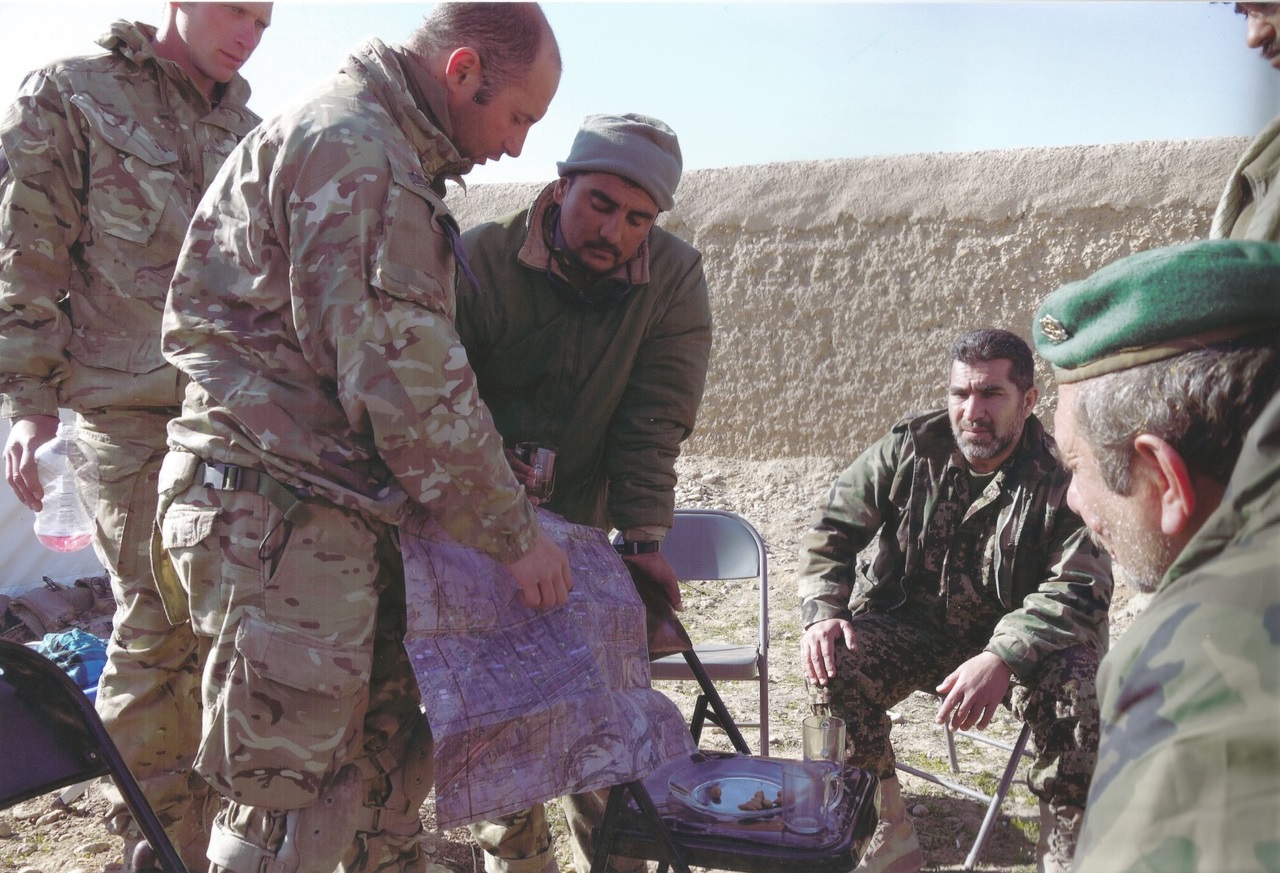 He grew up in a military family – his dad served and he has two brothers who are also active in the British Army. Joining the Army prior to the 9/11 terrorism atrocities, he says this moment “changed everything”, leading to tours of duty in Iraq and Afghanistan.

Bobby worked in embedded and tactical roles, as the link between ground troops, both British and Allies, and air power in protection and surveillance roles doing “what people typically imagine soldiers do” in a “boys’ own adventure”.

Having delivered at the tactical level, more recently Bobby has undertaken more “grown up jobs without the need for camouflage cream”, putting together ministerial submissions and reports in Whitehall. Bobby says studying now is very much welcomed, as an opportunity to apply an academic perspective to problem solving, so in the future he can better present solutions to decision makers in his field of operationalising UK national security policy.

His initial intention at Cambridge was to study a certain geopolitical strand of current international relations, but the “horrendous” exit from Afghanistan, which saw him fielding desperate messages via Facebook, Messenger, WhatsApp and other mediums from Afghan friends and acquaintances on the ground has seen him change tact.

“What I’m veering towards now is more of the ethical questions of foreign policy, and how we try to export our values, leading to tensions in what we actually deliver. Afghanistan is the obvious case study and one I am emotionally close to, though appreciate a need to retain objectivity on the matter,” says Bobby, who spent much of the summer of 2021 unofficially working on the exit of Afghan ex-colleagues.

“It wasn’t just me. Soldiers who have now retired – bankers and engineers and all sorts of people – were getting Afghans to photograph their documents, send them to us, so we could upload them, they could delete them from their phones in case they got caught, and then we’d talk to the guys on the ground and try to get them safely to the airport or out the country by other safe routes.” 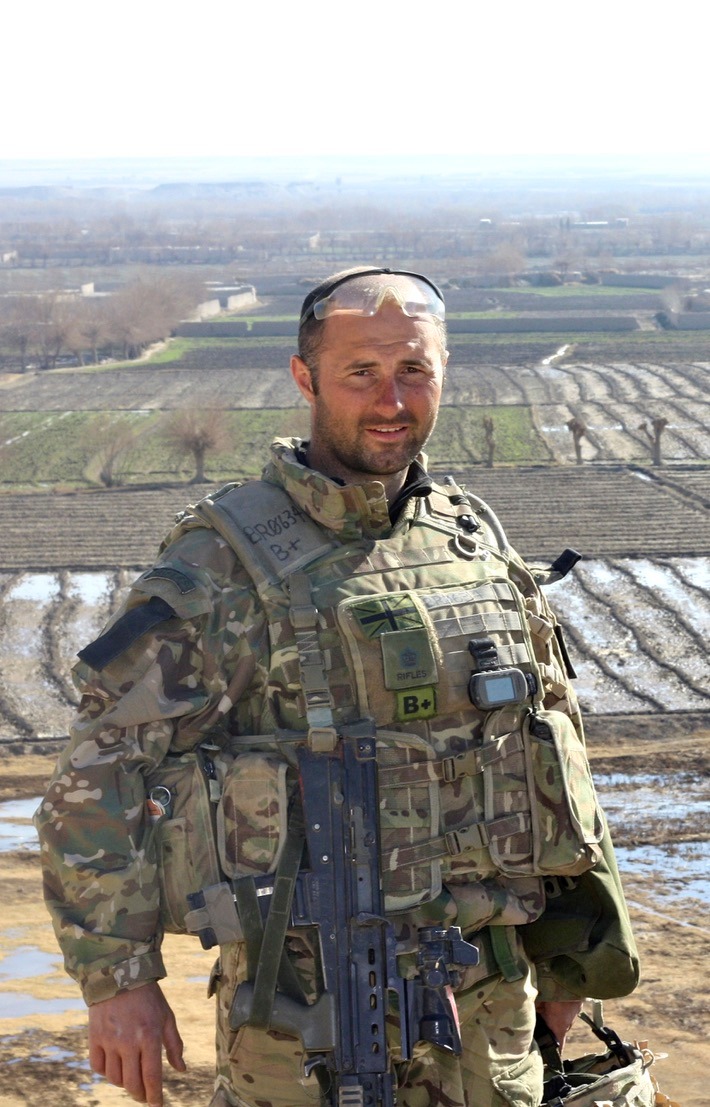 For many, the Taliban resurgence and the return of its ideological ideas – such as the marginalisation of women – has left them wondering why the 20-year occupation and the massive loss of life occurred at all. Bobby wishes to explore the projection of values in international relations and how policy is rarely cleanly enacted on the ground.

He adds: “For a whole generation of Afghanistan veterans, the thought was ‘what was that all about?’

“We were in Afghanistan and tried to change the whole culture – it now seems it was an over extension of our remit, based on a projection of our set of values, to make us feel good at the time. It wasn’t necessarily wrong, but I’m not sure it was planned to be that way and I think it might be wrong to not then see it through.

“What I’m planning to do is try to look at the rhetoric coming out of the political parties, from the period of the Doha Agreement to the US withdrawal, to see how the rhetoric might have changed.

“What we’ve done in Afghanistan is cut the head off all the most progressive people. All of those people highlighted themselves, and many of them are now dead or had to flee.

“Time will tell, but potentially we’ve put Afghanistan back, rather than forwards.”

Bobby is enjoying the academic experience, but it was only at the end of Michaelmas Term that his nerves as being at such a prestigious University have abated, and he now feels he may actually belong as a University of Cambridge student.

“The level of obvious intelligence of all my fellow students is so high you can have a sense of ‘wow, what am I doing here?’” he says.

“I asked my supervisor to scan some essays, not to mark them but to understand if I’m anywhere near hitting the mark, because I haven’t got a clue.

“He said they’re fine, but up until that point, I didn’t know. Although I’ve written lots of ministerial submissions and reports they’re in a very prescribed structure, and at Cambridge there seems to be more freedom to write in your own personal style.” 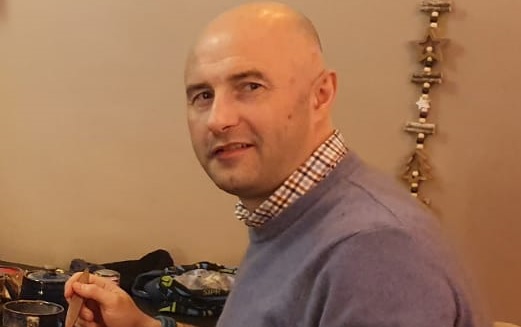 Bobby, pictured above, acknowledges many of his fellow students are society and business leaders of tomorrow. He would urge those fast-tracked into leadership positions where decisions are taken on policy, or similar, to keep an understanding of ‘on the ground’ activities.

“A lot of them by coming here will have an opportunity to effect policy at a macro level,” he says.

“When people go into strategic jobs from a young age, they don’t appreciate the fog of war friction that exists, be it in the NHS, police, social services, military. My plea to all of them would be to do something at a ‘lower’ level too, just to keep an understanding of that.

“I think it’s important to keep something in their lives to understand how complex policy is in the delivery.”

Overall, Bobby is enjoying his MPhil.

“If you got the opportunity to go to Cambridge, why wouldn’t you? I’d definitely recommend it,” he adds.