Professor Christopher Brooke, Dixie Professor Emeritus of Ecclesiastical History and a life Fellow of Caius, published his History of Gonville & Caius College, Cambridge in 1985. A sweeping account of almost 650 years in the scholarly, social and religious life of one of Cambridge’s oldest Colleges, the book was updated and republished in 1996.

In 2017, almost two years after Prof Brooke's death in 2015, an electronic version of the History was commissioned by the College in his honour. The resulting ebook, elegantly reproduced in fully searchable electronic form by original publishers The Boydell Press, can be downloaded from this website for free.

As an eminent Medieval historian who had not only taken his undergraduate degree at Caius but spent two periods as a Fellow of the College before becoming a Life Fellow in 1994, Prof Brooke was ideally suited to write the institution’s history. His ties to Caius were strengthened further through his father, the Caian historian Zachary Brooke. 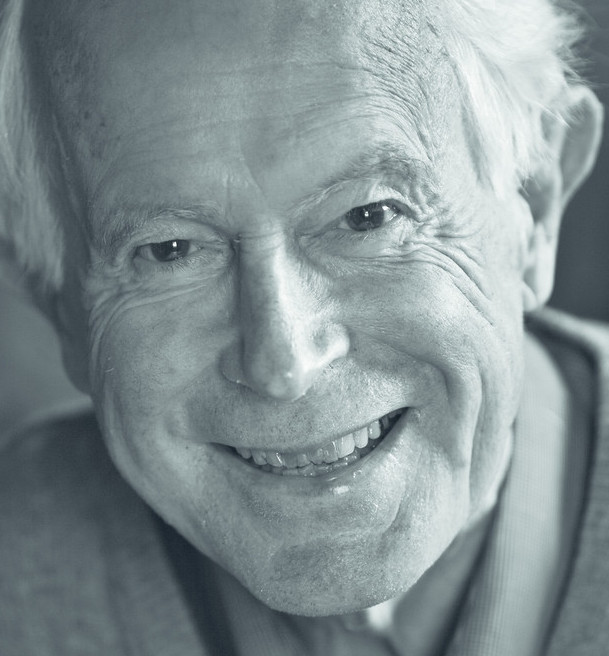 In his introduction to the original work, then-Master Professor Sir William Wade noted that a College with as long a history as Caius’ needed a both versatile and scholarly historian. He added: “If in addition he has a talent for bringing the past back to life, and writes with vivacity and charm, his college is more than twice blessed. Christopher Brooke shows all these qualities in this volume. Himself the son of a medieval historian who was a fellow and librarian of Caius, he has the history of the College in his blood and almost a hereditary right — or perhaps duty — to be its historian.”

Prof Brooke’s history reflected the many facets of College life, recognising the importance of bedmakers as well as bishops, Prof Wade wrote approvingly. “All who have lived within the walls of Caius will have had the feeling of continuity with the past and will have wondered about the conditions of life of their predecessors over more than six centuries. In this book we now have a splendid panorama of college society, in which room is found not only for staple commodities such as the deeds and misdeeds of Masters, the achievements of fellows and the growth of the buildings, but also for the Boat Club, the bedmakers and the son of the College cook who became a fellow in 1674 and ended as Regius Professor of Physic.

“The hijacking of the Jesus gun, long famed in Caian song and story, now takes its place in our official history. Readers will admire the art with which Professor Brooke spices the solid meat of his narrative with anecdote and humour and occasionally with light-hearted gossip. He has done full justice to the many-sided corporate life of the College.”

Prof Brooke’s light touch is evident even in his preface to the book, in which he recounts the tale of the eighteenth century German servant who, sent by his scholar master to make preparations for his arrival at Caius, asks the way to “Cheese College”. “In truth,” the professor writes wryly, “many difficult explanations over the centuries would have been avoided if Cheese College it had been, instead of commemorating an obscure country parson of the 14th century whose name was Gonville and a celebrated savant of the 16th who insisted that his name was Caius.”

For all his humour, however, Prof Brooke’s love for Caius shines through his account of the College’s buffeting by religious strife and civil war, and its absorption of radical changes from Victorian reform to the arrival of women. In what must be one of the most deceptively simple yet beautiful descriptions of a College ever written, he asks: “What is a college? It is a visible collection of stones and bricks and concrete — and they have their own fascinating history, which is an essential part of our theme. But few of us think of the stones as the College: it is above all a gathering of folk. How can one write a coherent, yet truthful, story of many thousand men and a few hundred women too — the vast majority of whom lived here briefly, many of whom thought little of it till they had gone? It is an intensely interesting and challenging task for a historian and a Caian; but it is baffling too.”

In his account of this “gathering of folk”, Prof Brooke is also entirely serious when he pays tribute to John Venn, his predecessor as historian of Caius and author of the first landmark account of the College: the Biographical History, I - III (1897-1901). He relied heavily on Venn’s work in recording the College’s history up to 1900,  Prof Brooke writes. “I am a dwarf on the shoulder of a giant, and so long as I stay firmly planted there, may see a little further than he did.”

Those who knew Prof Brooke, however, know how thorough was his own work in exploring the College’s history. Dr Michael Wood, a friend of Prof Brooke and fellow historian of the College, recalled that the author’s investigations even included overseeing the hunt within the Chapel for the precise resting place of John Caius, subsequently marked with a plaque. “Asking Christopher to help with the College history was like getting a glass of water from a fire hydrant,” he told guests at a packed memorial ceremony for Prof Brooke, held in Caius Chapel.

The ebook project was the brainchild of Caius Senior Bursar Dr David Secher. There is no charge for downloading the book, but if you wish to make a donation to Gonville & Caius College, please visit the Alumni section of our website.

Copyright in the material in the book is owned by Gonville & Caius College and any requests for permission to reproduce the material should be addressed to the College Archivist.