Eleanor Pinfield (Natural Sciences (Zoological) 2001) aims to make travelling in London more exciting and enriching in her role as Transport for London’s Head of Art on the Underground.

“I like to think that the art changes people's perspectives when they're travelling around and they see the city in a new way,” she says.

Eleanor took a circuitous route to her present position – more of which later – which has a daily impact on millions of Londoners and visitors to the capital city.

“There's a really interesting history to art on the London Underground which actually goes back to the 1910s, 1920s, both in poster form and in physical commissions in some of the buildings,” she adds.

“But when you look at the kind of contemporary version of what we're doing now, that started around 2000 with Gloucester Road as a focus.” 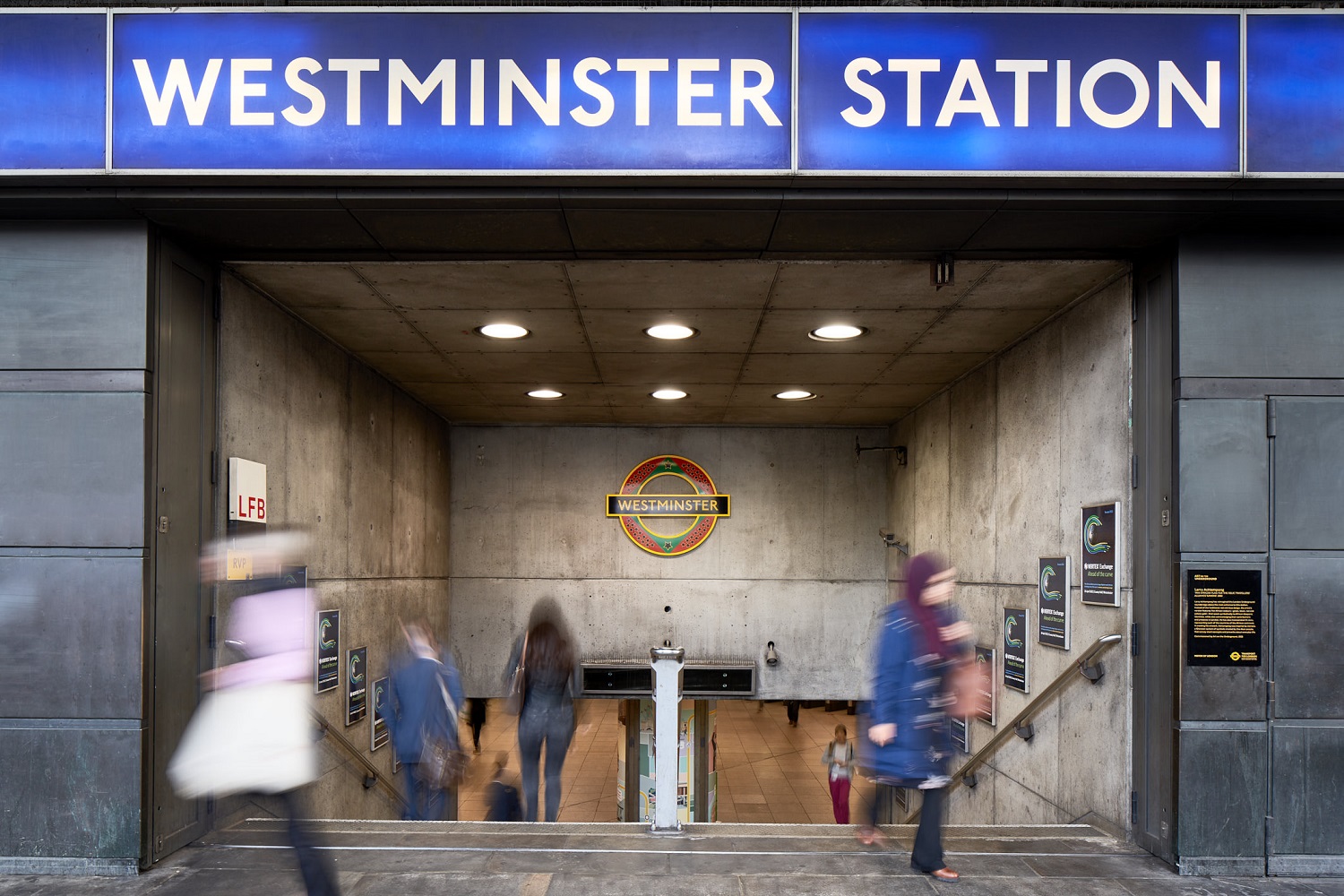 Competition for space across the network is tight, with art vying with customer information, wayfinding and commercial space, including advertising and retail. Gloucester Road, on the Circle, District and Piccadilly Lines offers a prime opportunity.

“Gloucester Road station has a disused platform that runs alongside the live platforms,” Eleanor adds.

“The programme was originally called ‘Platform for Art’ due to displays at this site, and that's still a real hub for us. We do our most ambitious projects there because it's one of the few spaces where  we get to do sculpture work.

“I feel really proud and very lucky to have this job and to be able to work with artists in these spaces.”

Brixton station, with its 36 million visitors a year, has a large wall above the entrance stairs and is another focal point. Stratford, Notting Hill and Bethnal Green are among the stations where art works are repeatedly commissioned, while the paper Tube map itself is a prime exhibition space. 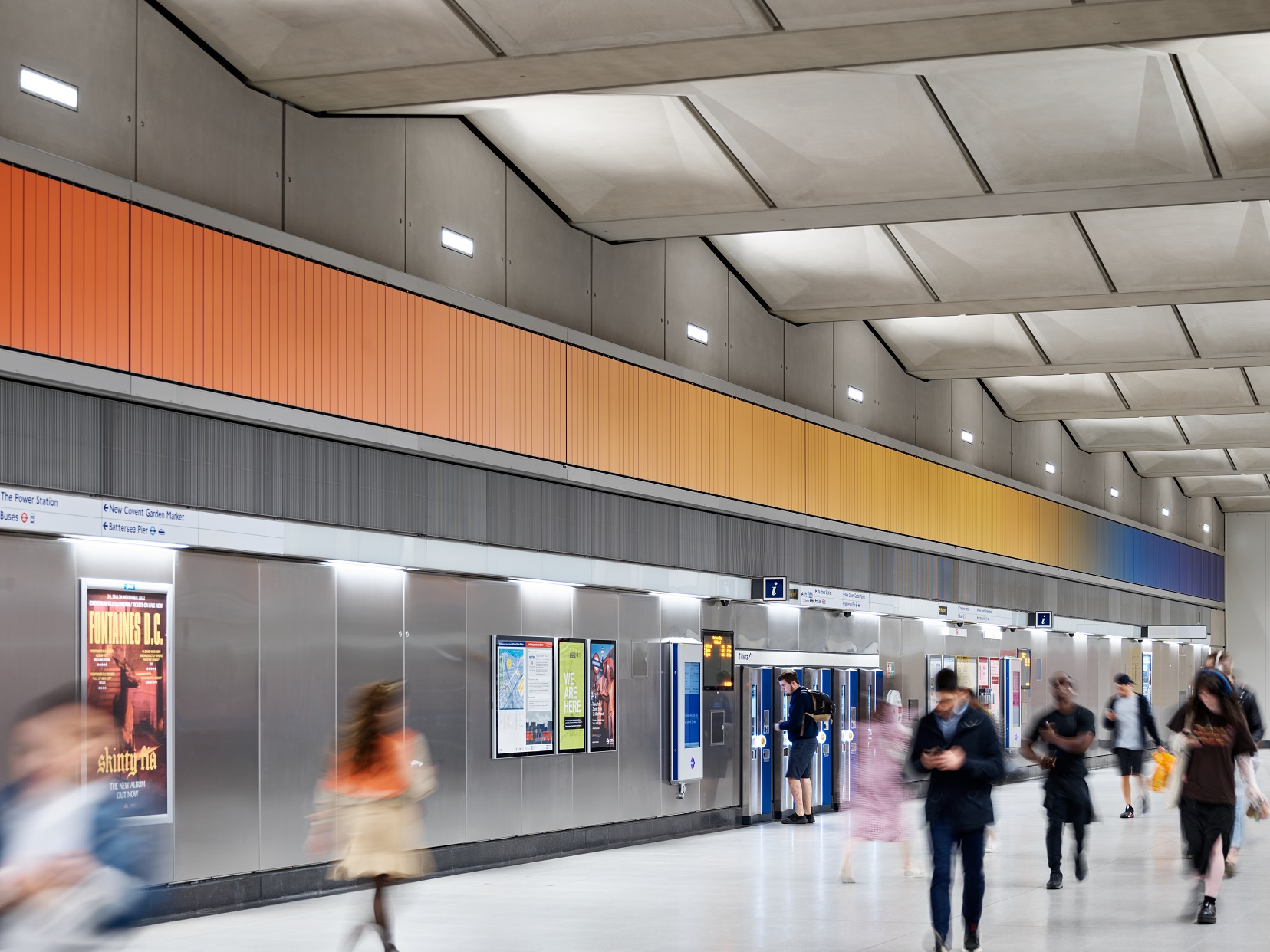 Eleanor and her team plan two or three years ahead. Long-term projects have recently come to fruition, including Alexandre da Cunha’s Sunset, Sunrise, Sunset at the newly-opened Battersea Power Station stop on the Northern line. Eleanor enjoys seeing the impact of the art she has commissioned.

“Alexandre da Cunha’s work is a kinetic sculpture, with changing colours that rotate on an old-fashioned advertising billboard,” she says. “Whenever I'm trying to talk about that work, as soon as it starts moving above me, everyone goes, ‘look, look, it's changing’ and they stop listening to anything that I'm saying. And I see children running along trying to keep up with the colour change.

“You see some amazing reactions. I see children's jaws drop. We did an ambitious project in 2018 with Heather Phillipson, who has been nominated for the Turner Prize this year.

“She conceived a fantastic sculptural work with video screens all the way along Gloucester Road’s dis-used platform. I used to watch kids looking through the Tube window and you could see they had no idea that they could see something so mad as they were travelling around the city.

“Those kind of things are really lovely to see.” 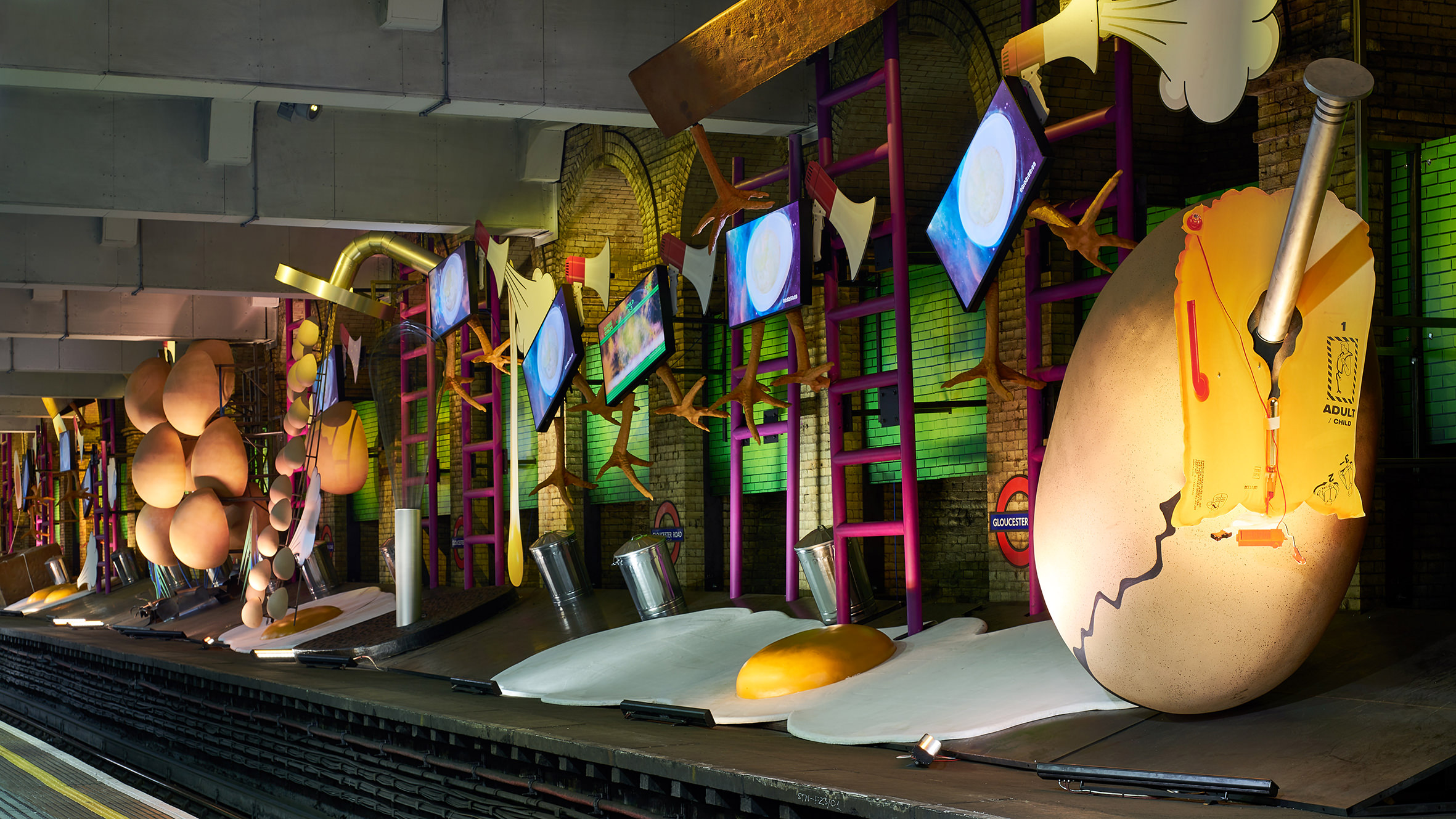 Eleanor and her colleagues are continually seeking new artists and providing spaces for them to find a broad audience.

Eleanor likes Sudbury Town station on the Uxbridge branch of the Piccadilly Line, where Lucy McKenzie’s permanent commission of a local map and miniature model of the station is housed in the Modernist building.

The Njideka Akunyili Crosby commission in Brixton, featuring a portrait of people going about their domestic life, is another Eleanor recalls fondly. 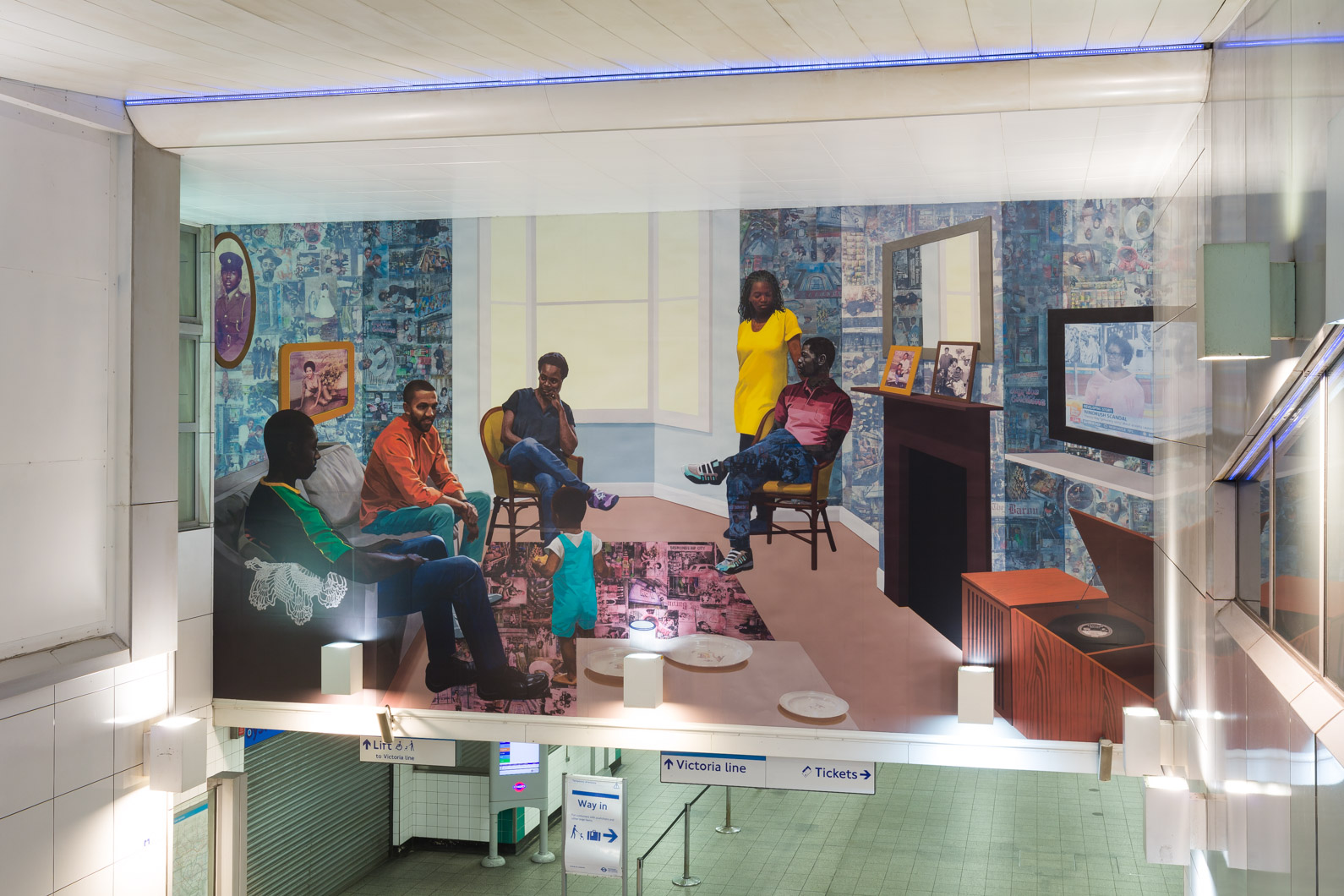 Eleanor is enthused to be a member of the 14-strong Diversity in the Public Realm Commission, established by the Mayor of London, Sadiq Khan, to improve diversity in the capital’s public realm, including reviewing statues, street names, memorials and artworks. She is also a member of the Fourth Plinth Commissioning Group, which selects the artist to appear on the Fourth Plinth in Trafalgar Square every two years.

It is all quite a departure from her undergraduate degree at Caius, after which she worked in politics before moving to Tate Galleries, initially in governance. After a Masters in Art History, a move to the Curatorial Department at Tate Modern followed and Eleanor has been at TfL since 2014.

She says taking History and Philosophy of Science in Part IB of the Tripos was important.

“I found it expanded my mind and developed my writing skills,” she says, thanking her supervisor Professor Sujit Sivasundaram.

“My Part II was in Zoology, and I still love science,  but that experience was pivotal to me.” 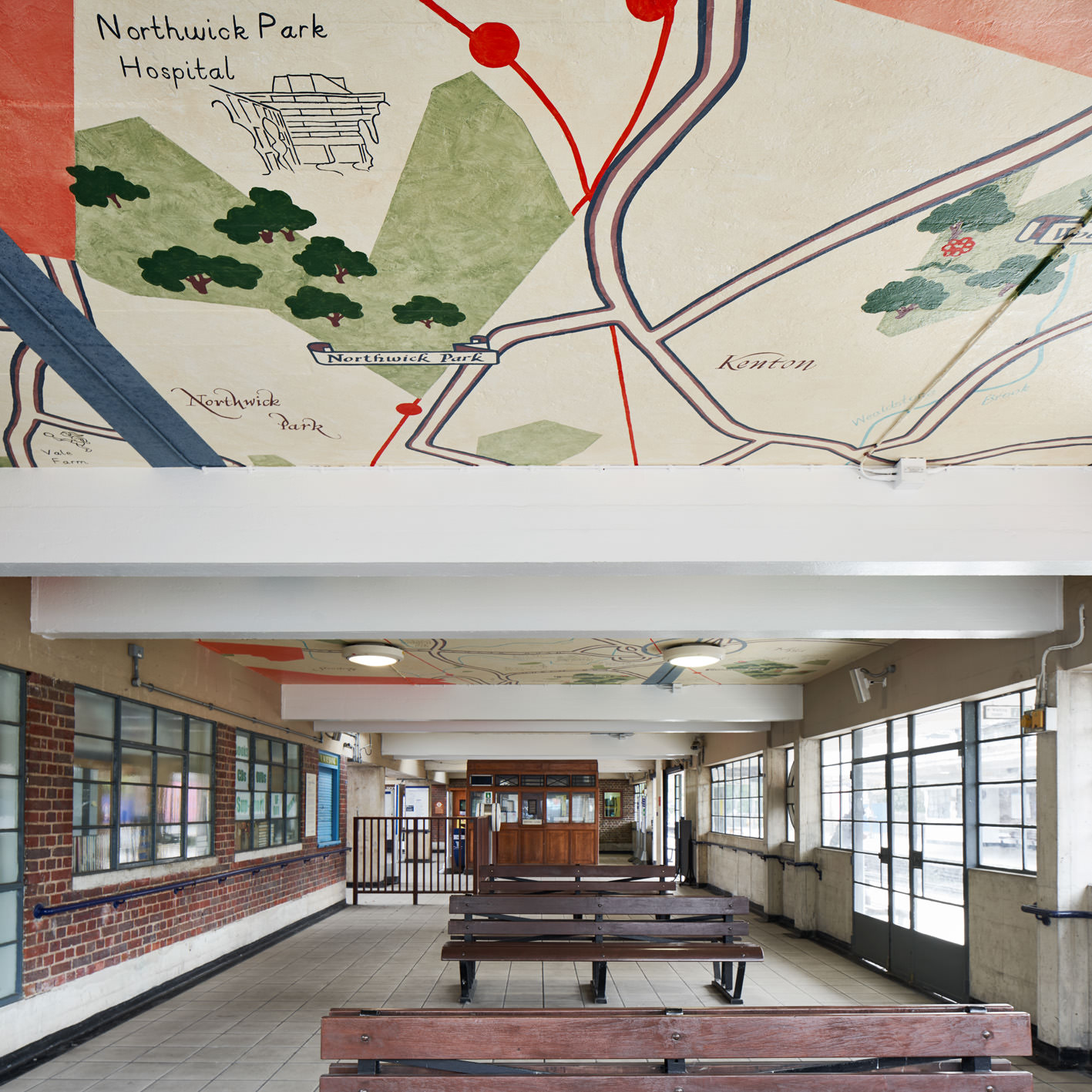 Choosing to forge her own career direction has proved successful.

“I've never known that any of the jobs I've done existed. I didn't know what they were when I started out – and I think that's so exciting,” Eleanor adds.

“The absolute joy and fun of finding your own path and finding things that you're interested in is really wonderful.

“I love contemporary art because you're challenged by different ideas and different thinking all the time. Find your own way.”