On International Women’s Day (March 8), we are featuring three Gonville & Caius staff members, who talk about their experience of working at the College. 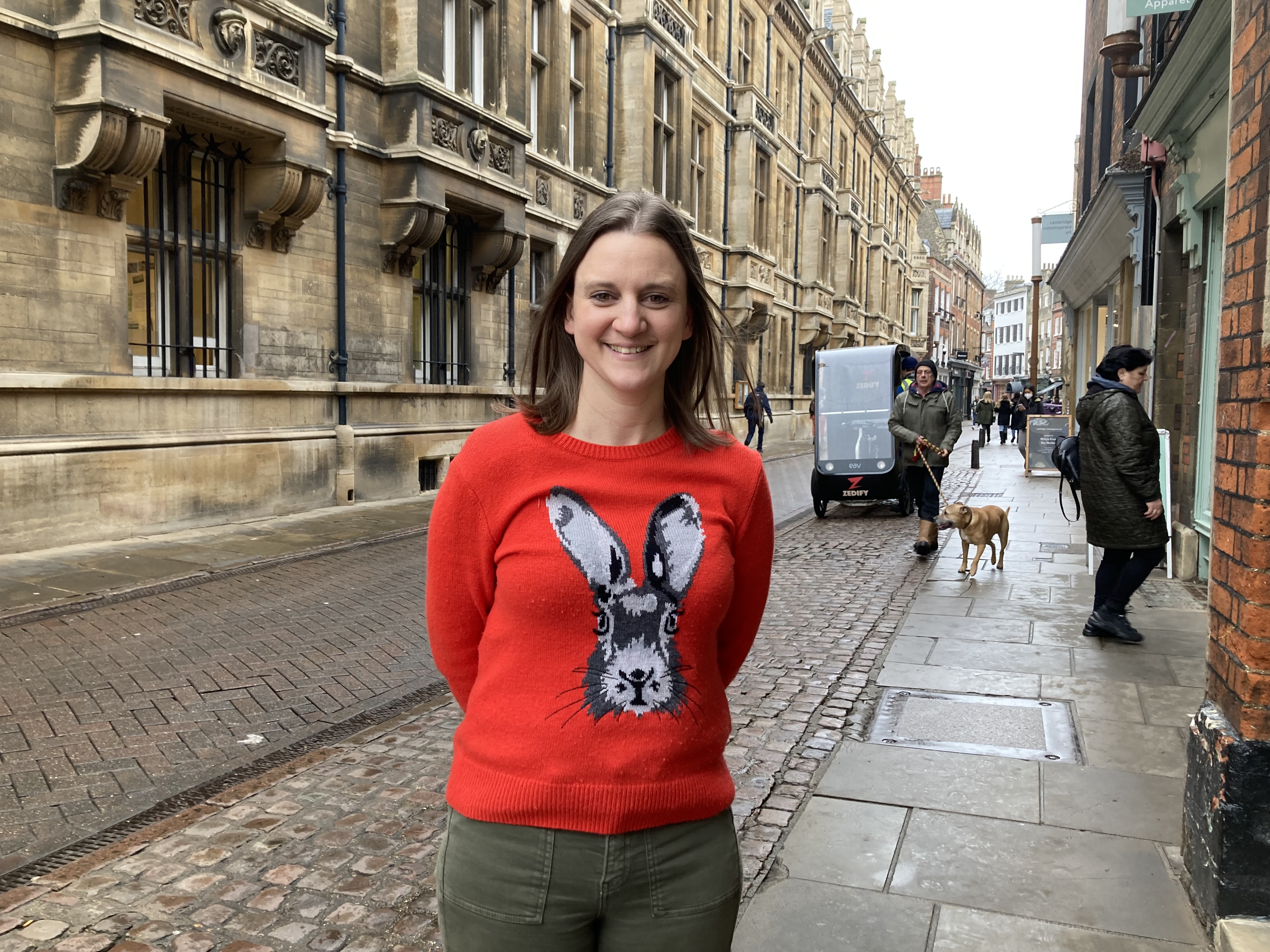 I’ve been at the College for 14 years and came here as a Housekeeping Supervisor, looking after the day-to-day running of the Housekeeping Department, which has over 40 members of staff. Now I’m in an admin role – I do all the wages, holidays, scheduling, manage the ticketing system, liaise with other staff, Fellows, students, and help organise the running of the Conferences with regards to rooms and staffing.

I started in March 2008 and Kieran (Hinson, the Outside Properties Manager) started in the September. We met here – I was having a bad day and Kieran bought me a McDonalds and things went on from there! We were married here by Cally 18 months later. We now have two children, Ava, who is nearly seven, and Henry, who is 18 months. They were both baptised here by Cally, who has watched our family grow. Ava knows everyone here and everyone talks to her, which is lovely, and Henry goes to the College Nursery.

It’s always been very much a community, more than somewhere to work. I’ve always felt it’s a strong friendly atmosphere where everyone helps each other. In Housekeeping, there’s so many of us, but we’ve got a warmth and will to help each other. I’ve worked in banks and day nurseries, but here the time flies in such a varied role. There are so many stories. Once we had a student who had bought a kitten and a hamster that they were keeping in their room. We had to encourage them to find an alternative home for the pets!

It’s like a giant family and it’s not like a normal place to work – that’s why I love it. 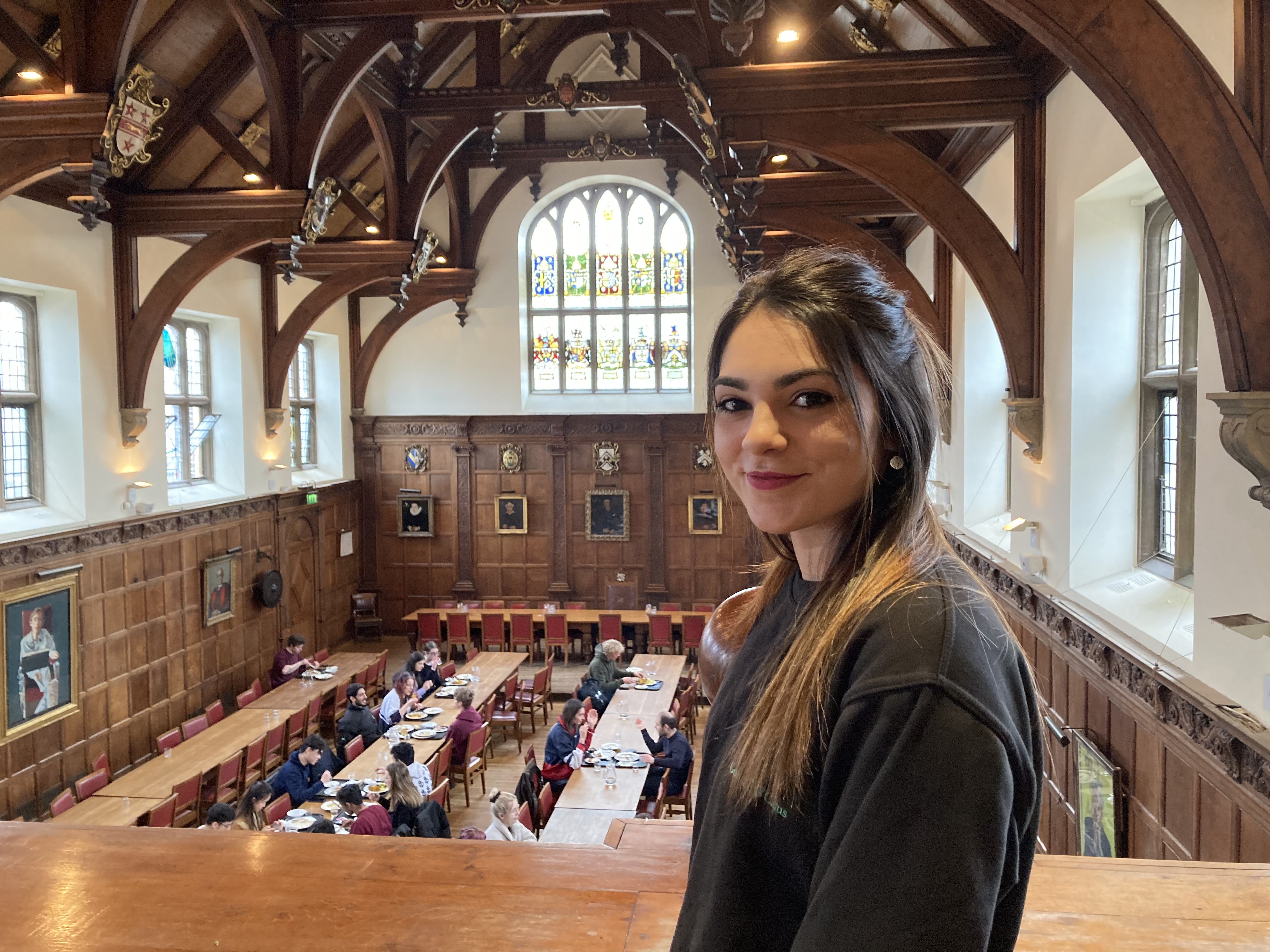 I arrived in Cambridge at the end of September 2019 from my home in Vigo, Galicia in northern Spain, on my own and I was attracted to Cambridge as a good place to start a new life. I wanted a change and to grow up as a person. Six weeks later, in November 2019, I started to work at Caius as a casual waiter. With the support from my bosses and colleagues, I’ve grown up professionally and personally a lot. Initially I was scared about talking in English, but I have always been given so many opportunities to learn and I have been supported. My colleagues have become a big family for me.

As a supervisor, I oversee what people in my team do – waiters and other staff. I like to make people working with me feel comfortable and I try to be happy with a big smile. My colleagues know me perfectly and I really enjoy coming to work, doing big dinners when the work can be stressful. I really enjoy the big dinners, being busy, running around and I enjoy working on the till at lunchtime, because I can talk to students, staff and Fellows.

I love going to Jesus Green and other parks in the summer, playing volleyball, having barbecues and I do boxing training. I had planned to stay here for a few months, improve my English and then go back to Spain. But two and a half years later I’m still here and it’s home. The decision to come here and the progress I’ve made show I can do anything I put my mind to. 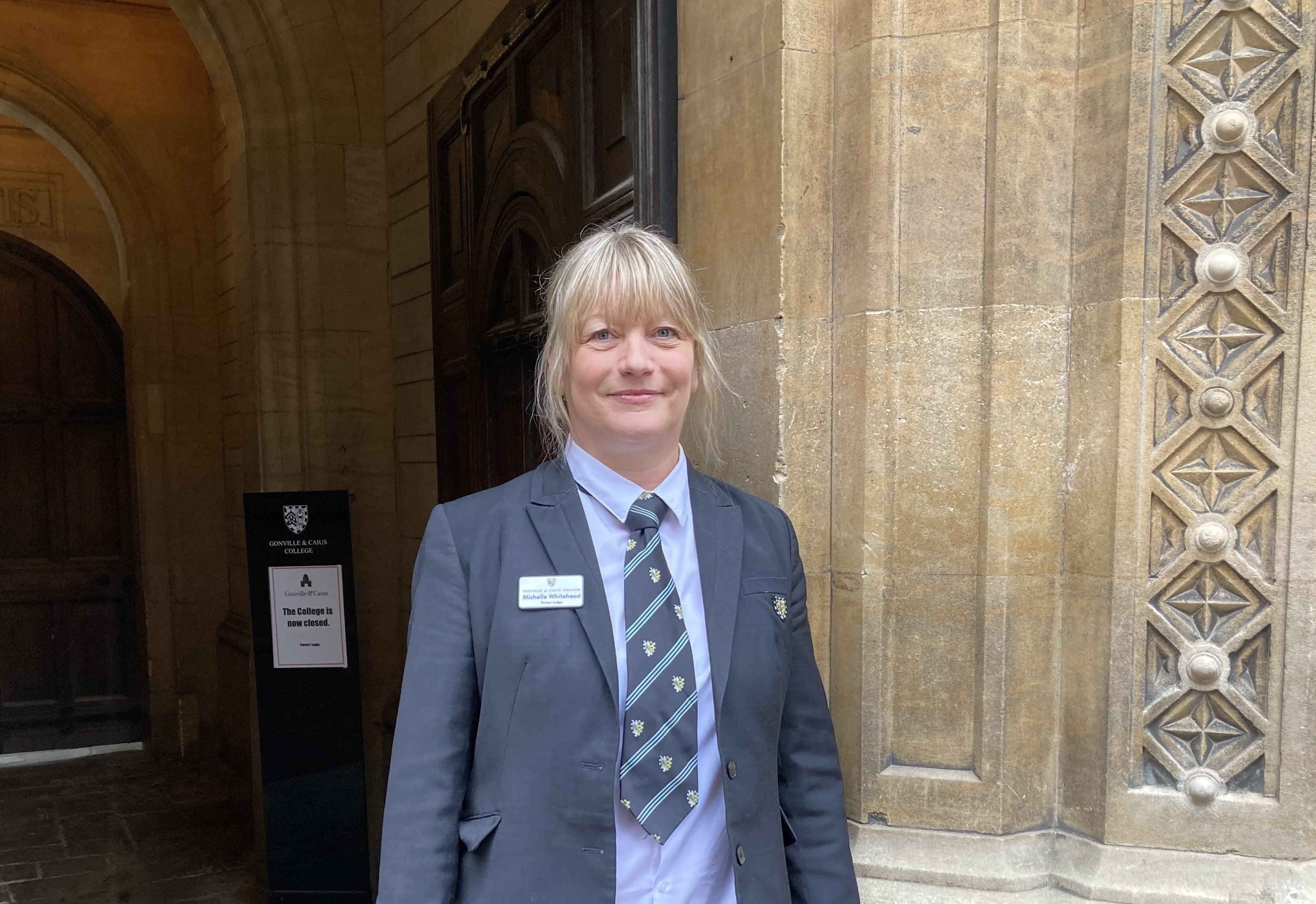 I’ve been working here for four years and I love the variety of duties, and the support from the team of Porters. We have a good laugh and there’s great camaraderie.

There’s a lot more going on at Old Courts than West Road. Sometimes you’ve got three or more things going on and you have to prioritise. It’s challenging, but I really enjoy it and I really like to be busy. At Harvey Court there’s time to do admin, paperwork and training – and I lead on some of the administrative tasks, like the PIP (Performance Improvement Plan). I like having the mixture of tasks and the variety.

I previously worked in administration at Cambridge Women’s Resources Centre, which was a place for women to go to get education, training, support around domestic violence, and put them in touch with support groups. That was an amazing job.

I would welcome the women into the centre and try to make them feel at ease. It was a really different job, but some of the skills have transferred into my role as a Porter.

I am Cambridge born and bred and I am mum to two boys, aged 21 and 16. I also love the outdoors – going for walks and camping in the summer.

As a Porter it’s important to be friendly and welcoming with everybody. I like the contact with the students and, being the only full-time female, some of them feel it’s easier to speak to me for some things. It’s nice to get to know them on a bit more of a personal level. They’re all adults, and it’s not that you feel like a parent, but you can support them and you’re a reassuring presence.