Bronya Sykes has experienced uncertainty before. When initially applying for university, Bronya (Natural Sciences (Biological) 2019) had not even considered Cambridge or Oxford. She was unsure of the course she had opted for and so made a decision some would regard as radical.

“Going through UCAS rejecting everything was the scariest thing I’ve ever done,” Bronya says.

“I then took a year out. It was at that point where I thought about applying for Cambridge.”

A year spent coaching at her local club in Manchester, Trafford Rowing Club, and the realisation the wider curriculum would suit her encouraged her to apply for Cambridge and to bid to be a Light Blue.

Bronya, who learned to row aged 11, adds: “The Natural Sciences course appealed to me. Although I really like biology, the idea of doing other subjects appealed to me as well.

“This year, for example, as well as the biological courses, I’m also doing history and philosophy of science, which I never would’ve done elsewhere. Then I thought I could potentially row for Cambridge…” 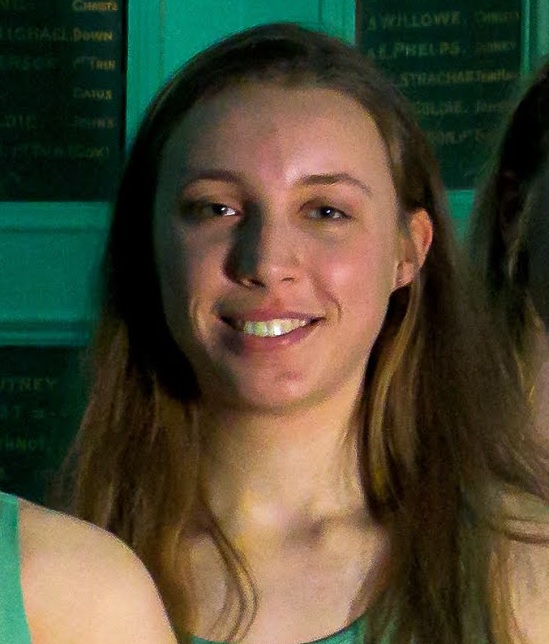 Her potential was realised when she was selected for the Blue boat in her first year. The cancellation of the 2020 races due to the Covid-19 pandemic and the uncertainty which resulted, did not faze Bronya, pictured, who revised her targets.

“Being selected in the first year was a bit of a shock,” she adds.

“I was so excited, bouncing off the walls, ringing everyone saying ‘guess what?’ Then when it was cancelled, I came crashing down from the high.

“The advantage I had was that it was only my first year; there were some people for whom that was their final year.

“It turned from being a six or seven-month project to being an almost two-year project. The process merged.

“At the beginning of this year, I had a completely different frame of mind. The year before I was the underdog, this time I had proved myself and had to go and prove myself again.

“I had to go through the trial and perform, which had pressure, but having a year here has changed my perspective and given me confidence.” 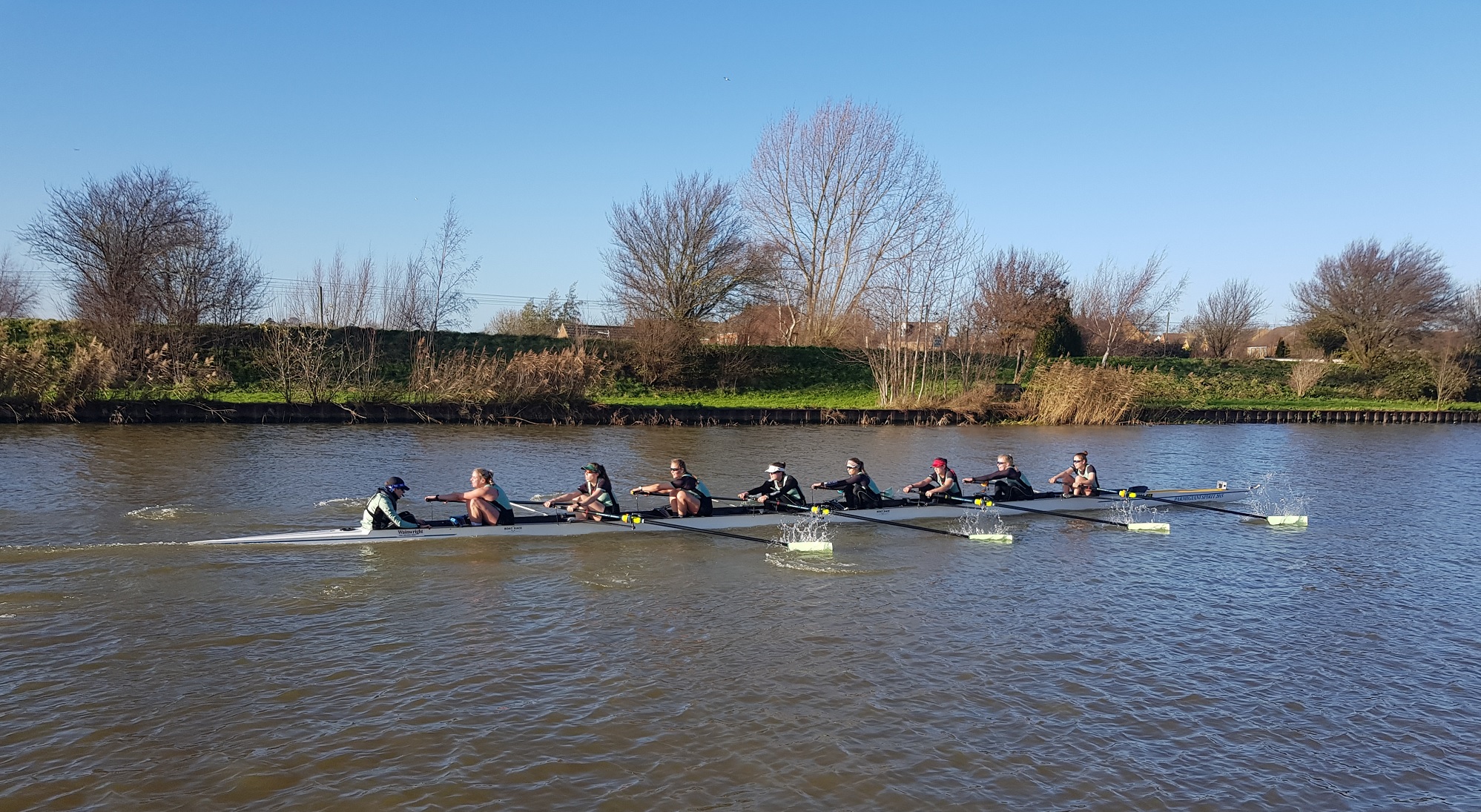 Bronya, seat seven (third from left) in preparations for the Boat Race with the Cambridge crew (credit: Elena Williams)

Bronya is one of two undergraduates in the boat, with six of the eight-person women’s crew selected for a second successive year.

Being displaced to Ely, where Cambridge University Boat Club train on a daily basis, due to a combination of the pandemic – and the desire to not have spectators – and the safety work needed on Hammersmith Bridge, means Cambridge are on home waters.

To try to mitigate against any sense of familiarity breeding complacency, Cambridge have moved into accommodation near Ely this week. The Boat Race teams have elite athlete status, with Government exemptions and rigorous Covid protocols and testing.

“We made it clear from the outset we wanted to make it feel different and not at all mundane,” adds Bronya, one of two Caians in the crews, with Ben Dyer in the men’s eight.

“Moving into accommodation has helped us switch our mindset into race week, and being altogether has definitely done that. It feels like an event, not just another day of training.”

She adds: “Knowing the course is nice to know what’s going on, but Oxford will come and for them they get the feeling of a change of location and being in race mode. It’s just different.

“It’s not a hard stretch of water to learn. It’s dead straight, the stream’s in the centre, and Oxford have been able to practise on it.

“We happen to know which reed is what distance along the course. But I don’t know if that’s an advantage, because some people hate knowing where they are on a course and other people love it.

“One of the big things on the Tideway (The Thames) is winning the toss and which side you’re going to take. It’s not such a big deal here (on the Great Ouse). It’s more of a head-to-head duel.”

For Bronya, Sunday’s race is the realisation of a long-held target, but she has other ambitions, including rowing internationally – and rowing for Caius. She is still to represent the College, as May Bumps was cancelled in her first year.

She will no doubt reflect on her journey from rowing on Manchester’s Bridgewater Canal to the Boat Race this week, but a constant is the sense of camaraderie of striving for a collective goal. It took a few years from age 11 to fall in love with rowing, but Bronya has been infatuated since.

“For the first few years I kept going because my sister was doing it,” adds Bronya, who was encouraged to try rowing by her Dad, who had learnt at the University of Birmingham and returned to masters rowing.

“When I got to around 14 I just fell in love with the sport and wanted to be there all day, every day. I really enjoyed mixing and rowing with people across all age groups. You get a different perspective and that helped me to improve quite quickly.

“Doing local regattas where you spend the entire day out in the sun with your friends was really good fun and I found a core group of people I made really good friends with.

“At this level, I love the fact you get a group of people together who are so driven for the same goal.”

One moment Bronya recalls was when, aged 14, her Trafford Rowing Club crew won bronze at the National Sculling Head time-trial at Eton Dorney.

“I remember when they announced the results at the end of the day the announcer stubbled over the name and how to pronounce us – he had clearly never heard of us before!”

Bronya is making a name for herself now, and will have Trafford Rowing Club members and Caians cheering loudly at their television sets on Sunday as Cambridge seek victory over Oxford in an unusual spectacle.