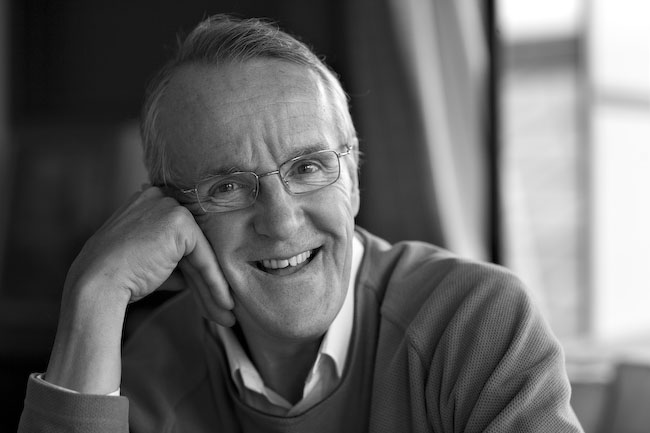 The College is deeply saddened to hear of the death of Professor Simon Maddrell, FRS, Caius Life Fellow and Emeritus Honorary Professor of Integrative Physiology at the University’s Department of Zoology, who passed away peacefully on 10 September 2020.

Simon was a Fellow of Caius for 56 years, starting as a Research Fellow in 1964 and continuing as a Fellow and College Lecturer in Natural Sciences from 1968. His research centred on insect epithelia, especially the equivalents they have to kidneys, called Malpighian tubules. Earlier this year, Simon explained how together with his late colleague and friend Professor David Ellar, he concocted the idea of using bacterial toxin to see what effect it had on insect tubules. He described the results as “fascinating” and said, “We came up with a ‘rain drop’ model to explain why if we exposed the tubules to the toxin for a very specific time, the tubules were unaffected, but exposing them again so that the total exposure was now a little longer – even though an hour or so had passed – immediately the tubules stopped functioning. Our conclusions combined both our interests and we continued our collaboration over many enjoyable lunches in college.”

Simon also contributed greatly to the Caius community through teaching and research, and notably served on the College’s Investment Committee for many years. The Master said “Simon’s 50 year Presidency of the Shakespear [sic*] Society was typical of him. The Society is led by students where informal gatherings of junior and senior members ostensibly read plays after dinner. In reality we also discussed College and life, often with good wine provided by Simon. He was a great supporter of Caius students.”

Aside from his affiliations at Caius, Simon was passionate about supporting and inspiring the biological community, and this was evident in his work with The Company of Biologists – the not-for-profit biological publishing organisation. Simon was most recently a Director, and a detailed biography can be found on the organisation’s website.

Simon was a much-loved member of Caius, a dedicated lecturer and supervisor that many Caians will remember with great affection. The College offers its condolences to his family, and all his colleagues, friends and students around the world.