As someone who spends his spare time designing rockets to launch into space, it is hardly surprising that Kailen Patel (Engineering 2019) has lofty ambitions.

Kailen was awarded The Rex Moir Prize by the University of Cambridge Engineering Department for achieving the highest overall mark in his year, which covered general engineering courses. The course becomes more specialised from third year, and Kailen knows the trajectory he wants his career to take.

“I knew I’d done well because of the marks I had initially received, and was really happy with how I’d done, but getting a prize was a nice confirmation of that,” he says.

“I want to specialise in aerospace next year and later work in the space industry, particularly working on interplanetary exploration. I’m also interested in exploring how machine learning can be used for the optimisation of these engineering challenges.”

Kailen explores his passion for propulsion and rocket engines through the Cambridge University Spaceflight society, which sees 50 students from the Engineering Department design and build high powered rockets. They have already set the UK record for the most powerful amateur engine, and are in a Covid-delayed build of the rocket which they plan to use to bid to double the UK altitude record of 11km (http://ukra.org.uk/records/glance), with future ambitions to reach the Karman line which marks the boundary between Earth’s atmosphere and outer space.

The society is a way for Kailen to apply his child-like enthusiasm and fulfil dreams, while showing the motivation, enthusiasm and potential which could help him secure the career he covets.

“I always wanted to be an astronaut – and I’d be lying if I said I didn’t still want to be one! – but space and rockets have been my thing since I was young,” he says.

“Societies are a really good way of getting experience and it keeps me motivated. They show your enthusiasm and give you real world experience.” 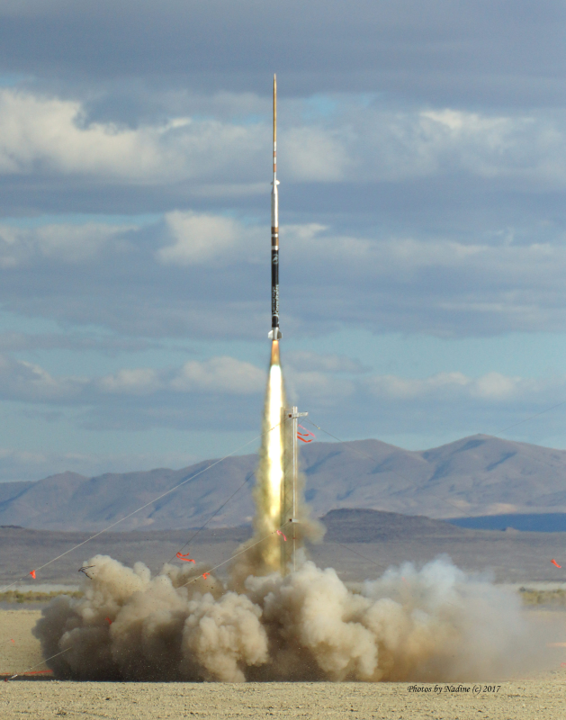 Cambridge University Spaceflight's most recent launch, of Martlet 3, in September 2017

PULSAR, the record-breaking engine which will be used to power Marlet 4, the rocket the society is in the process of building

Kailen, the Caius cricket captain in 2020-21, is currently on a summer placement with Reaction Engines, who are aiming to change air and space travel.

His Caius journey began when he submitted an entry to the Caius Schools essay competition for year 12 pupils, winning a prize and meeting Dr Rasha Rezk, the College’s Director of Studies in Engineering.

“I didn’t know which college to apply to, but Rasha convinced me to come to Caius,” he says.

“You’re close to the Fellows in Caius engineering, which you don’t always get. It has opened up the world of research and given an insider view on engineering in the real world.

“When you go into supervisions and they speak about it, or share conversations from these interesting projects, it makes it all real and a possibility for the future. It’s really motivating.”