A collection of historic books and archival material linked to women at Gonville & Caius College will go on display in our Lower Library on Wednesday 4 December. The pop-up exhibition, open to Caians past and present, is part of the College’s year-long celebration to mark 40 years since the admission of women at Caius.

Items from the Archive will show women’s links to the College, from 1979 when women were first admitted as students, and in many different ways well before this date. In addition to the work of the Archives, the Library has delved into its collections to find books connected to women beyond Caius and has prepared the exhibition ‘Her Book': Early Modern Women as Writers, Printers and Readers. 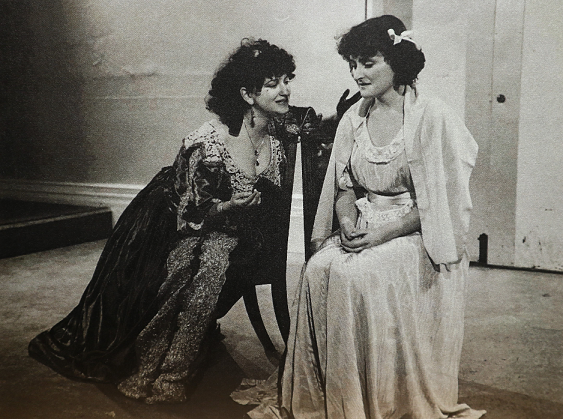 Among the items included in the exhibition is a special woman’s edition Freshers handbook produced by the Junior Combination Room (JCR) committee in 1979, adapted for the first intake of women. The handbook will be displayed alongside photographs of student clubs and societies. Of particular significance is a photograph that shows two 1979 Caians in the first play performed by women at Caius, c. November 1979: L’Avare by Molière, performed in French in the Bateman Room. Also going on display is a May Week Concert booklet with the names of men and women who performed in the college chorus in 1983.​ 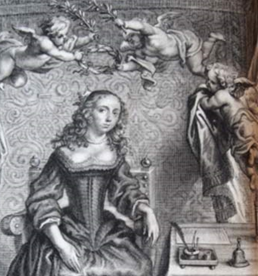 Our copy of Margaret Cavendish, the Duchess of Newcastle’s The philosophical and physical opinions, [1655] written, owned and signed by her, will also feature. It is the only copy in Cambridge still in its original binding. It contains a beautifully engraved frontispiece, depicting the author seated at her writing desk to indicate her literary achievements. Self-educated, the author pleads her case that she is as learned as most scholars, and in spite of imputation to the contrary, wrote her books herself. She published a total of 21 volumes in her lifetime on subjects from philosophy and the sciences to prose romances, poetry and essays. As one of the rare women publishing under her own name in the 17th century she was bound to come up against prejudice, but was determined to be heard and to be a woman of renown. 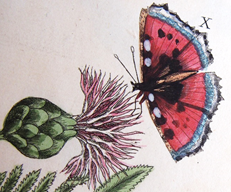 Another book included in the exhibition is Elizabeth Blackwell’s A curious herbal [1737-39]. Elizabeth Blackwell married her cousin Alexander who practised as a physician without formal qualifications forcing the couple to flee to London. There he set up a printing house but without completing the mandatory apprenticeship. He was arrested and committed to debtors’ prison. Facing destitution Elizabeth embarked on a project to restore the family's fortunes. Having identified the need for an up to date herbal which incorporated discoveries from North and South America she took rooms next to the Chelsea Physic Garden where she could draw the plants from life. Working alone it took her two years to draw, engrave and hand colour over 500 illustrations.

The exhibition will be open between 2:30pm and 5:30pm on Wednesday 4 December. Please note that access to the Cockerell Building during this period will be via the West Basement Door.