For Emily Gibbs (Medicine 2020) the inspiration and motivation to apply to Gonville & Caius College and the University of Cambridge came from her dad, a Black Cab taxi driver.

Emily is a first-generation university student who grew up in Romford, Essex. Her elder sister went to Exeter to study medicine, and Emily followed suit by heading up the M11 to Caius and Cambridge.

She says: “My parents didn’t go to university. They didn’t get the opportunity. They tell me now it’s still a regret of theirs.

“They encouraged me to take opportunities, and that’s why I worked hard. It’s so strange coming from a working class family and having two doctors in the family; it’s a completely different world from the one we grew up in.”

Hard work runs in the family, as Emily’s dad studied for the Knowledge – where Black Cab taxi drivers must memorise the entirety of the capital’s street network, and landmarks, a process of study which takes years – while working full-time in a postal sorting office. Her mum is a cashier at a bank.

“I know whatever I have to do for university is probably not as many hours as he was doing back then to try to support the family,” she says.

Latterly, she has been exposed to healthcare due to illness of a close family member, motivating herself and her sister.

She adds: “Good doctors have made such an impact on our lives. When there has been poor medical care, I just thought I want to make it better.

“You don’t realise the day-to-day impact of illness… what you do affects other people and it’s so powerful if used in the right way.

“Having good doctors is helping a lot, helping their morale and how they’re feeling about the situation.” 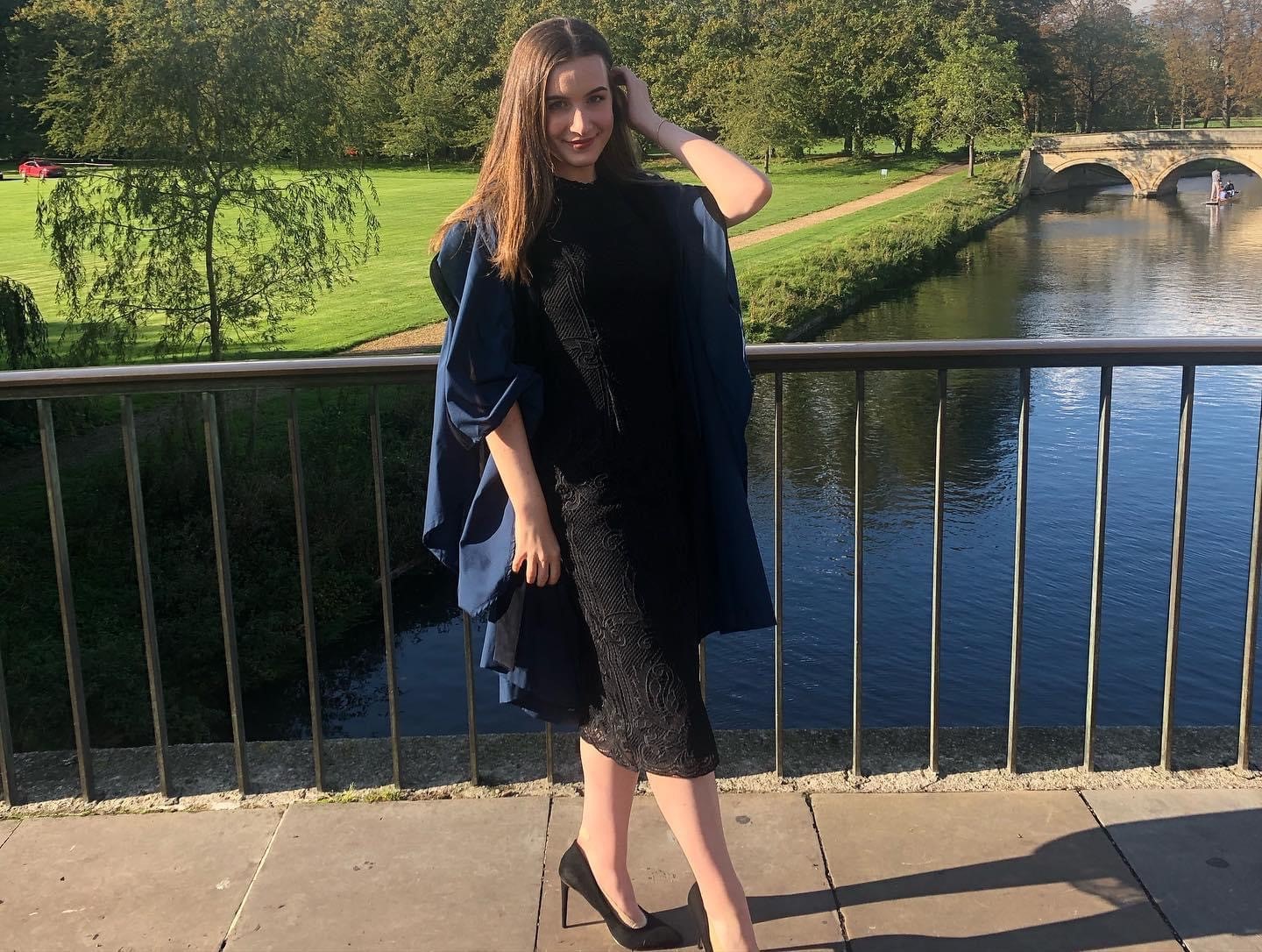 Emily’s secondary education was at The Coopers' Company and Coborn School, Upminster, and she studied for her A-Levels in Biology, Chemistry, Maths and Further Maths at King Edward VI Grammar School, Chelmsford.

She found the transition into a grammar school more of a change than her arrival at Cambridge, where Caius has a strong medical tradition, and a dedicated student-led society. She chose Cambridge for medicine due to the course, which is more theoretical than many medical degrees initially, and includes dissection on cadavers to support the study of anatomy.

She adds: “There’s 27 (medical students) in our year and the sense of community is really strong. I felt like we get a lot of support. We have a lot of medical Fellows and supervisors here, and support from students in other years.

“The Caius Medical Society is something I looked into and thought it seemed like a nice community I can be part of.

“It definitely meets my expectations. Sometimes when you’re having supervisions you forget that that person is the top of their field in the whole world, and sometimes it hits you and you think it’s crazy.”

Emily, who is social secretary for the Cambridge University Dance Sport Society, wants others with a similar background to embrace the opportunities at Cambridge.

She adds: “I don’t want it to be an elusive thing which is in the back of people’s minds; that’s what I thought it was. I work hard, but I don’t know anyone who went to Cambridge and I always saw it as following the stereotypes.

“But I’ve found so many people who come from a background similar to mine here and I’ve not felt out of place at all while I’ve been here.”