With so much to fit into the day, working on Covid-19 research and training for the 2022 Boat Race, it is a good job Dan Toy (Engineering 2016) likes to awake early.

Dan read Chemical Engineering for his undergraduate degree and is in his sixth year at Caius, working on his PhD in fluid mechanics. At present, he is focused on the application of reduced order modelling to describe complex fluid flows, with Covid-19 the present framework, as Dan explains.

“What I’m interested in is the transportation of Coronavirus from the moment it leaves a person to the moment it’s breathed in by someone else,” he says.

“There’s quite a nice way to put together a framework for modelling the risk – the infected person, the transportation and the person inhaling – and you can multiply those factors together and then break the problem down.”

Dan uses relatively simple models, rather than computational fluid dynamics, in order to gain insight into the underlying physics of the problem.

“The way I work means you don’t just have this black box where you lose a lot of the physical intuition of what’s going on in the building,” he says.

“What I’m looking at is a system where we have a source of heat in a room and some openings to the outdoors, and I want to compare the actual risk to the inhabitants to the risk if we assumed the room is well mixed.”

The live nature of the pandemic means time is of the essence for Dan, whose PhD is supervised by Professor Andy Woods in the Department of Earth Sciences, and the academic article currently in preparation will be accompanied by more accessible offerings for a wider audience.

He adds: “You could spend an entire PhD on this one particular problem, tick every box there is to tick and publish the thesis, but with a problem like this you’ve missed the moment – it’s about doing something which is useful and helpful, but could still leave some open questions.”

Not seeing something through to completion is possibly an unusual approach for Dan, who, as he says himself, is highly competitive. His competitive drive manifests itself through sport, primarily.

Already a Half Blue in swimming and judo, Dan is now targeting honours in rowing with Cambridge University Boat Club.

“I’m an unknown quantity. I started relatively recently,” he says.

“I don’t have the pedigree that a lot of the other guys have, but if you look at my trajectory, it’s going up steeply.

“The question is if I am going to continue on this trajectory, and I don’t know at the moment exactly where I’ll end up.” 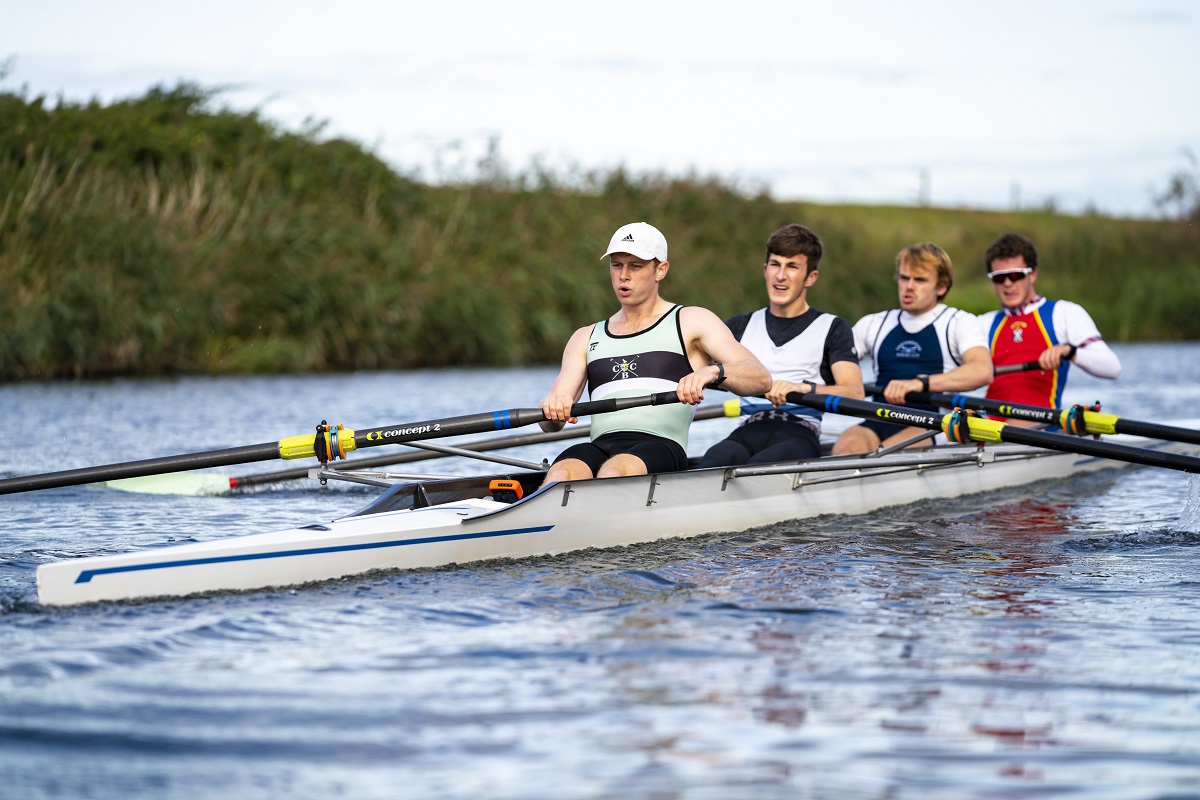 Dan Toy in the stroke seat in a coxless four (photo: Nordin Catic)

His swimming background means early morning training has not been an issue, and his competitive instinct has seen him to thrive.

He adds: “I’ve always been a get up and go person. The early mornings are my most productive time. I’m quite happy to go off to Ely (with CUBC) in the mornings.

It is the speed of his rise to be in contention for a spot in a Cambridge boat which is remarkable. Dan competed on the Tideway last month in the Trial Eights, racing in the lightweights.

“People that know me wouldn’t be surprised; I was surprised it happened so quickly, but I was never going to do this by halves,” he says.

“On my best day there’s no reason why I couldn’t be in that boat. The trouble is I’m not as consistent as the people that have been doing it for a lot longer.

“When you’ve got one day to race, it’s how much you can back a novice to come in and do it. It’ll come down to how much I can keep progressing. The ultimate goal is to get into the fastest boat I can and race and beat Oxford.

“Whether that happens this year or I have to wait a little bit longer for my moment remains to be seen. It’s a step up from anything I’ve really done before.”