Empathy and understanding are key for Martin May, who joined Gonville & Caius College as Head Porter last week.

The 44-year-old spent 17 years as a police officer, firstly with the Metropolitan Police and latterly with Hertfordshire Constabulary, and he is looking forward to being part of the Caius community.

“I’m excited about becoming completely immersed in College life. I really like the traditions and I’m looking forward to taking part in those,” Martin says.

Originally from Truro, Cornwall, Martin worked for Tesco and moved to London with the supermarket giant to work at their Oxford Street store.

Being a police officer was a long-held ambition, so he applied to the Met, and joined in 2004, initially as a response officer. Enrolling in the police later in life proved an advantage.

“When I was 18 I probably wasn’t ready to do it; I didn’t have a lot of self-confidence,” he adds.

“By gaining some life experiences, starting when I was 27, I was far better. You need that life experience for credibility and personal experience; it helps you back it up with empathy.”

Martin has many transferrable skills from policing which will benefit Caius, dealing with challenging circumstances for individuals or groups, and he is grateful for the support of an experienced, knowledgeable, and friendly team of porters.

He says: “It’s a bit of a cliché to say that they’re the face of the College, but they really are. You walk through the door and they’re the first person you see.

“I can tell by speaking to the porters they all have a real passion for what they do and they’re genuinely interested in helping people.”

Helping people is Martin’s motivation, too. He was based at Marylebone Police Station, working from Oxford Street to Paddington and in the West End of the city. He policed events around Parliament Square in Westminster, football matches, the London Riots of 2011, and the London 2012 Olympic and Paralympic Games.

A move to Hertfordshire meant a greater emphasis on domestic and neighbourhood policing, with empathy key.

He adds: “It’s understanding what the problem is to that person; it affects people and it’s not trivialising those matters. Issues affect people in different ways.” 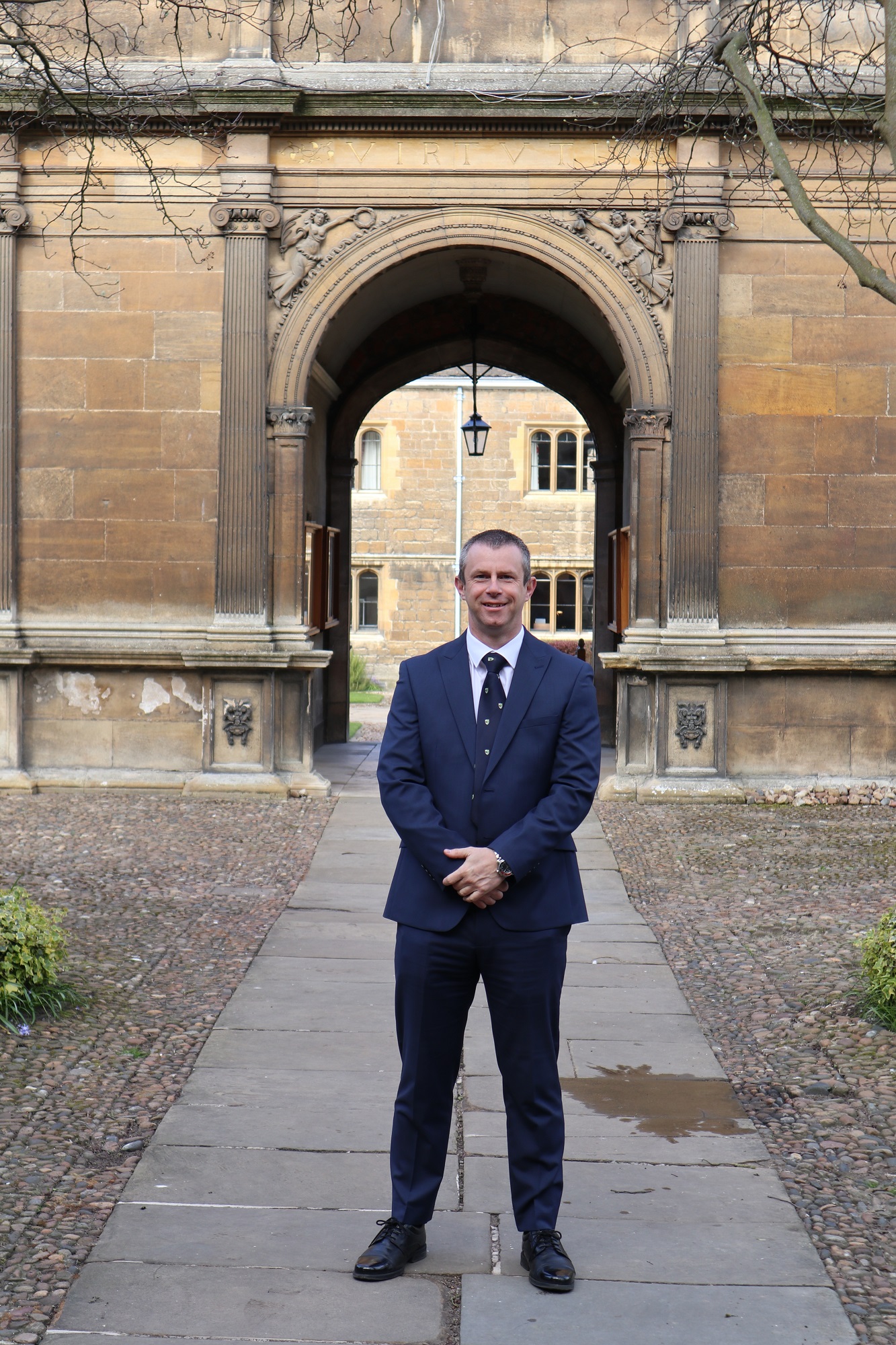 Wherever and whatever Martin has done, he has done it to the highest of standards, a mantra he intends to abide by.

He adds: “It’s about taking pride in your job – that’s what matters. I always thought standing outside a concert at the Royal Albert Hall guarding a door as a uniform presence was as important as when I was dealing with a far more high-profile situation, or arresting someone for an offence. Taking pride in work gives me pleasure.”

Martin’s arrival has coincided with the easing of Government Covid-19 restrictions in England, and he hopes the Caius community can return to a semblance of normality gradually.

Martin acknowledges students, staff and Fellows are keen for normal service to resume, and hopes to lead Caians in time-honoured traditions as soon as it is permitted.

Martin, who relaxes by cycling in the Hertfordshire countryside, adds: “Don’t rush this. It’s been a year. Who wants to go back to those dark days again?

“People need to take personal responsibility and think twice. Be patient, follow Government guidelines, because that’s what will keep us safe. That will allow us eventually to get back to that normality.”

Martin succeeds Russell Holmes, who retired from Caius in February after a long and distinguished service.