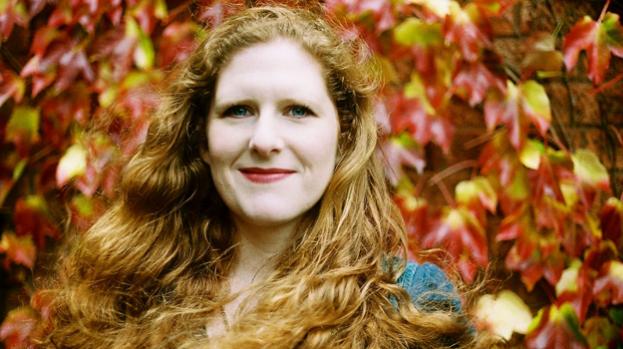 Choirs around the world are being invited to sing a new carol commissioned by the BBC MusicMagazine from composer and former Caius music student Cheryl Frances-Hoad.

Cheryl’s four-part a capella setting of the gloriously merry medieval carol Good Day, Sir Christemas! is published in the December issue of the magazine as the second in a series of specially-commissioned carols designed to be performed by its readers. The score and performance tips are available to download for free.

For Cheryl, the main goal when approaching the task was to write something “unashamedly jolly”. Receiving the commission rather unseasonably in August, she turned for inspiration to A Clerk of Oxford, a fascinating blog celebrating medieval English history and literature. The blog had provided ideas before and came up trumps again, she says. “Good Day, Sir Christemas! is probably one of the merriest of all medieval carols texts and was exactly what I was looking for for my F major-rooted setting.” Most musical keys signify a colour and mood to the composer, with F major “a golden brown-coloured key, the aural equivalent of a pint of deep amber Christmas ale or of rustic wooden floorboards upon which a night of eating, drinking and dancing could take place”.

The Good Day! text comes from the Selden Carol Book (the manuscript of which can be found in the Bodleian Library, Oxford). It was compiled in the fifteenth century, probably at the cathedral priory at Worcester, “a house where there was much carolling” according to a visitor named Richard Green.

The carol, with its cheery ‘Good Day!’ refrain, is full of Christmas merriment, but, Cheryl adds, “it also has a wonderful inclusiveness – it speaks of ‘every man, both old and young’.”

Typically of medieval poetry, the carol combines profundity and simple, everyday experience. “It seems as if it takes place in a small room, though it deals with big things, heaven and earth - God’s son ‘from heaven to earth down is alight’. It feels very momentous yet personal at the same time, very domestic but all-encompassing.”

Devising the “conversational” four-part setting, Cheryl aimed to create “something suitable for lots of different situations. I can imagine it at carol services and in place of worship and in pubs – anywhere. I wanted it to be sung!

“I’ve tried to make it as accessible as possible at the same time as retaining some of my compositional style.”

Good day! is not Cheryl’s first venture into carol-writing: she won the Bach Choir carol competition at just 15, having begun composing aged eight while studying cello and piano at the Yehudi Menuhin School. Studying music at Caius (1998-2002), she was taught by Director of Music Dr Geoffrey Webber and the composer Robin Holloway, composing music for the College choir and later for the 800th anniversary of Cambridge University.

Now established as one of the UK’s leading young composers, she has a string of awards to her credit. While her repertoire is wide, she loves writing for voices, including the Caian mezzo-soprano Jennifer Johnston.

During her time and Caius and afterwards, her college teachers have provided encouragement and support, Cheryl adds. “I owe them a tremendous amount. They have carried on being very supportive and I’m still connected with Caius.” The Choir has recorded some of her work, and will perform her latest carol at this year’s College carol service and during a Hong Kong tour next month.

Meanwhile, the BBC Music Magazine is inviting choirs in the UK and worldwide to record their performances of Good Day, Sir Christemas! and post them YouTube. The world premiere, by the chamber choir Sansara, is online for inspiration. The more singers joining the project, the merrier, Cheryl believes. “Singing communally is just such a uniting experience. To actually participate in music-making as part of a celebration, even if you are not religious, is very important.”