Brothers Michael and Chris Ford are two Gonville & Caius College's gardeners. They talk about their careers at the College, and their passion for gardening, and more...

Iron Maiden and silence are rarely uttered in the same breath, but for two staff members at Gonville & Caius College both are enjoyed in equal measure.

Brothers Michael and Chris Ford have a combined 54 years’ service as gardeners at Caius. Alongside ensuring the College’s gardens are pristine, Michael and Chris have a passion for the British heavy metal band.

“They’ve got a new album out,” Michael says, grinning.

Ordinarily that would see the brothers travel from their Ely homes to Birmingham, to a gig at the NEC, but that will have to wait. Fortunately, by profession, Michael and Chris are patient.

It is only when commuting together that the sometimes squabble, when Chris, who practises Vinyasa Krama Yoga, opts for calming music on the car stereo.

The Ford brothers are two of six members of the gardening team, led by Head Gardener Phil Brett.

Michael joined Caius a few weeks prior to Phil, in 1993, after serving a three-year City and Guilds apprenticeship with City of Cambridge Council.

Two years later, Chris joined. “I was working at a landscaping company – we used to maintain Stephen Hawking’s private residence at Ridley Hall Road,” he says. 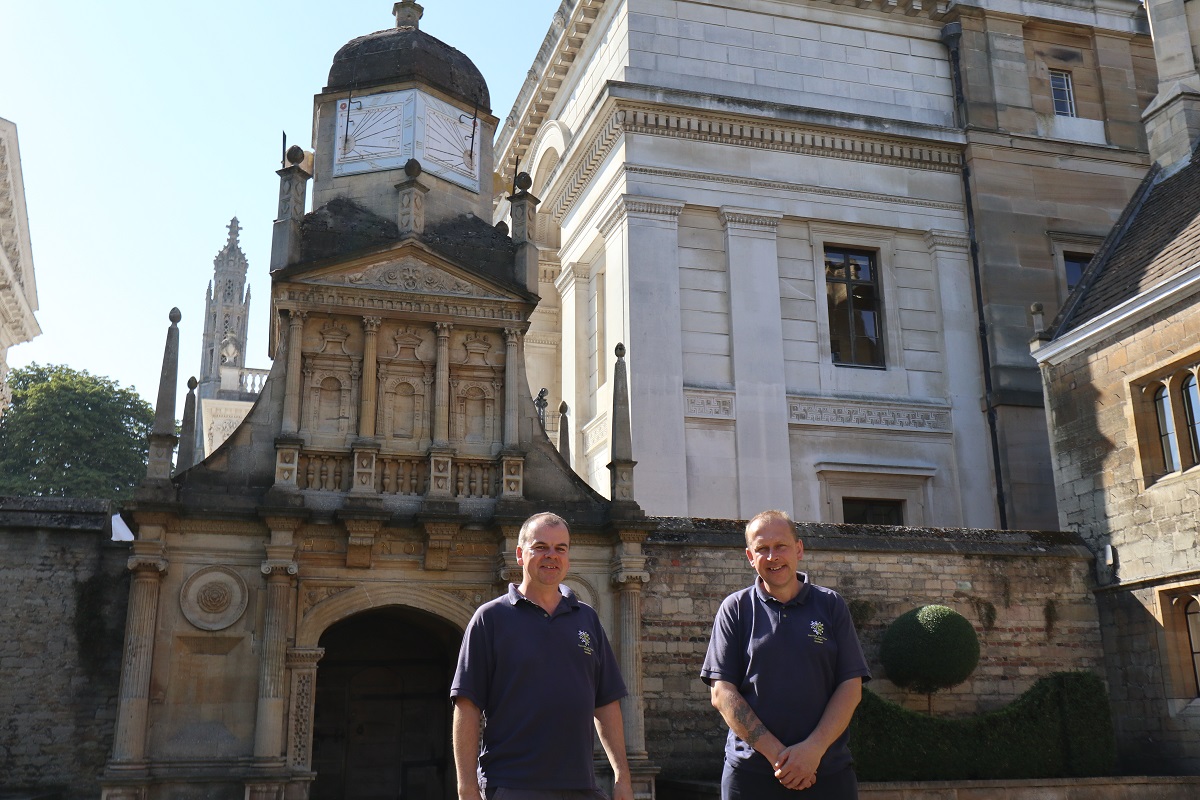 Chris, left, and Michael Ford in Caius Court, in front of the Gate of Honour

The brothers have worked here ever since, often in different areas.

Chris’ preference is Old Courts, where he is often seen mowing, tending to the flower beds, and showing off his topiary skills.

He says: “Caius Court is my favourite. Whatever time of year you walk in there, you pull out your phone and take a photo.”

Michael enjoys the outside properties, tending to the gardens of the student and Fellows’ accommodation across the city.

The biggest challenge is the workload, “trying to keep on top of everywhere,” says Michael.

He adds: “This year it’s been constant. Because it’s been a wet summer you can weed an area and within two weeks it’s all back up again.” 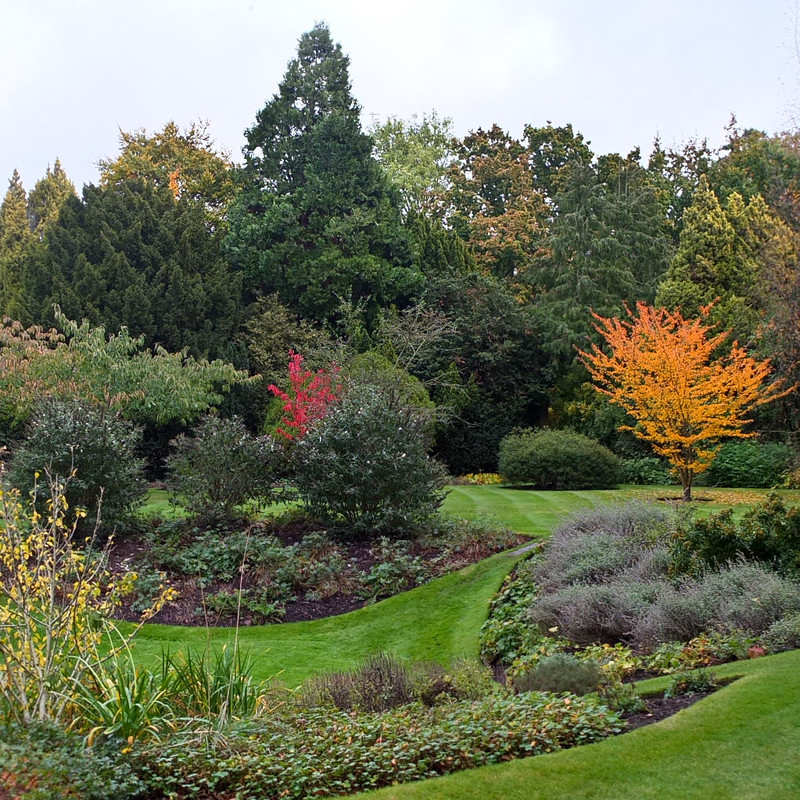 Michael, 47, is almost four years the elder, and initiated the interest in gardening while growing up in Cambridge.

“I did it as a hobby in my teens, had my own veg plot and greenhouse and took it from there,” he says.

“I used to watch the late Geoff Hamilton on Gardeners’ World and get his books from Cambridge Central Library. I was just fascinated by what he had to say and the things he used to make – he’d make cold frames out of scrap timber in his garage. I used to do the same at home, raiding my dad’s garage for off cuts.”

Work experience at Cambridge University Botanic Garden followed before he embarked on his chosen career which sees him enjoy roses – hybrid teas being his favourite – and supporting students who tend to the Harvey Road allotment.

Iron Maiden are not Michael’s only musical interest. He has a passion for vinyl records, while he also enjoys fishing.

Chris, meanwhile, is more likely to be found with his head in a book, revelling in the silence which contrasts with his love of rock music. His literary hero has a Caius connection.

“I’m a massive fan of MR James, who catalogued all of Caius library. I love stuff like that,” he says of the writer of ghost stories, who catalogued Caius’ extensive manuscript holdings in the early 20th century and was a medievalist scholar at King’s.

With their lengthy and distinguished service in ensuring the College looks its best, Michael and Chris’ Caius connection will endure too.