Caius Boat Club enjoyed tremendous success in the Eights Regatta, the competition which this week replaced May Bumps, as five crews won their divisions.

Instead of bumps, crews raced in a regatta format, side-by-side. Last Sunday’s time-trial determined seedings in each division for the rest of the week’s racing, Monday to Thursday. Full details are on the Cambridge University Combined Boat Clubs website.

Racing took place over a one-kilometre course on the Cam, with victories for Women’s 1, Women’s 2, Novice Women, Novice Men, and Men’s 2. Men’s 1 were narrowly denied, finishing second after a re-row in their final race on Thursday. A blade clash forced a re-row against Magdalene, who prevailed to take the division.

“We discovered we’re the fastest women’s crew on the Cam, because we beat everybody else,” Women’s Vice-Captain Grace Carson says. 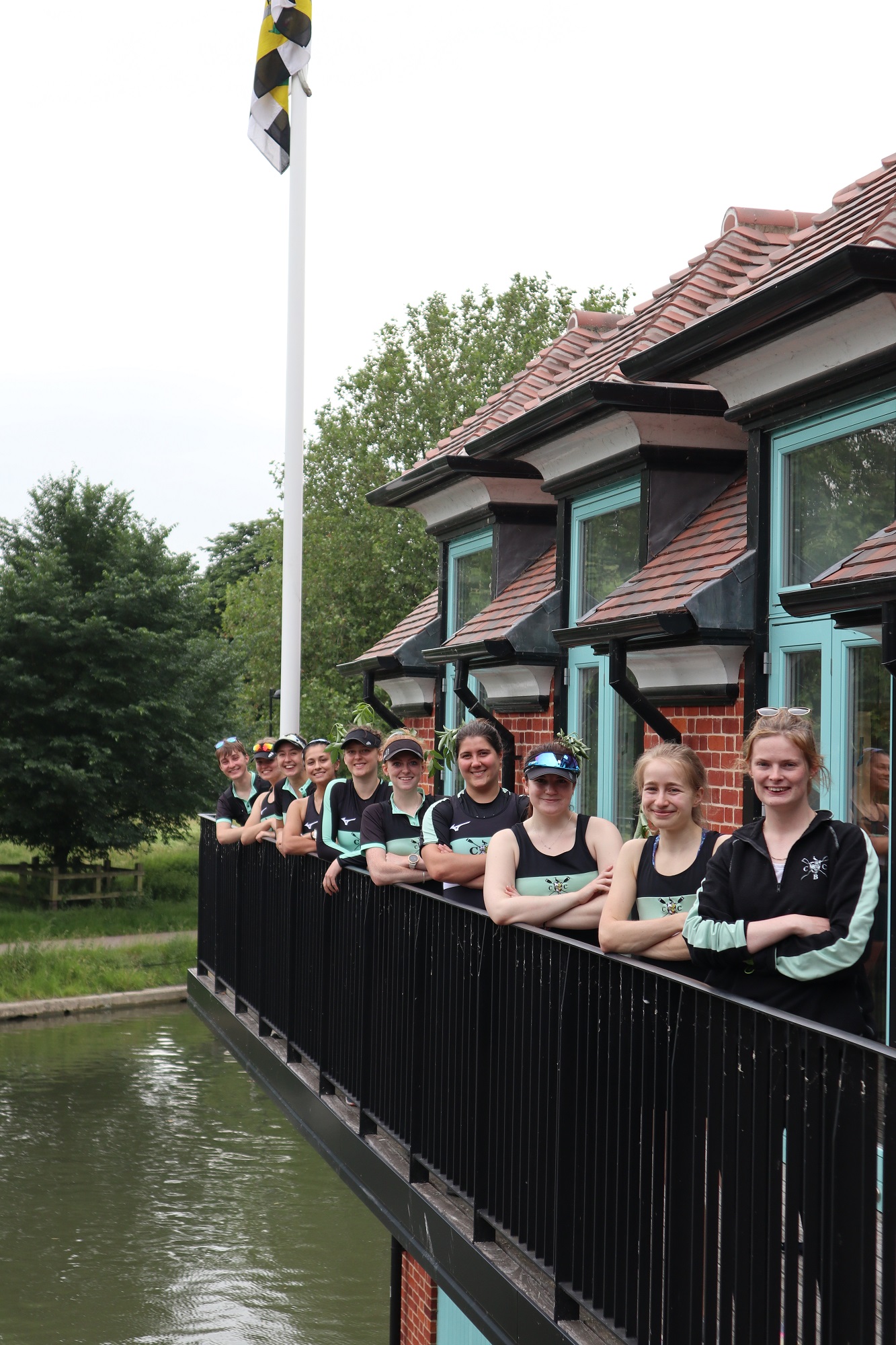 Asked whether Caius will have the title ‘Head of the River’, Grace adds: “It’s to be negotiated. We will get a University medal, which is usually awarded to the Head of the River and we’re eligible for blades.”

Caius M2 were the only M2 crew to make it into the top division, winning the title before the head-to-head racing began by virtue of their time-trial performance. They lost two and won two of their races, finishing with victory over Fitzwilliam on Thursday.

Caius Boat Club captain Henry Bennett, who raced in M2, says: “We’ve managed to get pretty much everyone out in a boat racing this week and it’s been really successful.

“We’ve got some amazing coaches, a lot of whom have experience with the University squads, and our novice programme through the last few years has been really strong. We do a good job recruiting loads of rowers – normally we have a barbecue combined with a try out – and we’re one of the biggest boat clubs on the Cam.” 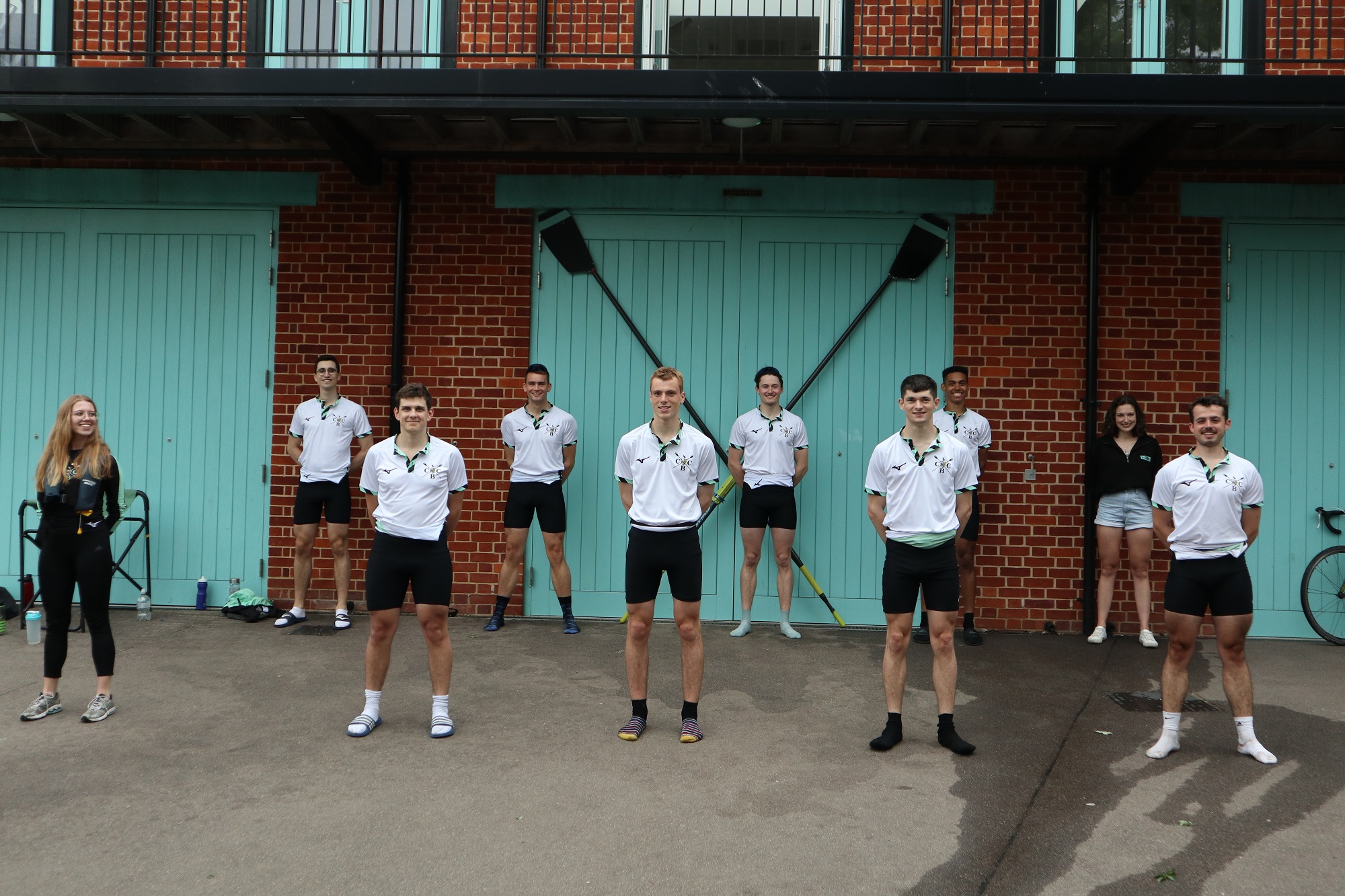 Henry thanked the College and boatman Simon Goodbrand for facilitating rowing despite the pandemic and lockdown restrictions.

He says: “This year we’ve done a really good job of trying to do everything we can when we can. When restrictions were lifted we worked with the College – and the College has been amazing – to be one of the first boat clubs out on the Cam.

“Owain (Bates), our health and safety officer, has been instrumental, and we’ve had a fairly normal year.”

Grace adds: “We made a big effort to keep the club spirit up over the lockdowns. We had Zoom circuits on Tuesdays, Thursdays and Saturdays, and various virtual competitions against the other clubs, like running a certain distance. Even though we weren’t always on the water, competition was still there.

“A lot of us have been rowing together for several years now, so we had a commitment to each other.”

Grace is among six of the W1 crew graduating this year. Originally from Coleraine in Northern Ireland, she was a novice rower when she came up to Caius to read MML in 2017. She had a year abroad in Austria to study German and returned to be Women’s Vice-Captain of the Boat Club.

“I really liked that you could see improvement week by week in rowing, which you might not always see in your studies,” she says.

Back in the boats for BUCS

Following the June Eights Regatta, Caius Boat Club were competing in Nottingham at the British Universities and Colleges Sport (BUCS) Regatta, racing against universities across the country. It was an excellent chance for all six crews (M1, W1, M2, W2, NM1 and NW1) entered to prove themselves on the national scale in six-lane racing.

Competing under the University of Cambridge name, Caius enjoyed a strong showing with NM1 taking silver and NW1 bronze in their respective Beginner Eights categories. M1 were second in the B final (eighth overall) and M2 were 27th in the Men's Intermediate Eights, and W1 were sixth in the C Final of the corresponding women's event to place 18th overall.

The results of Caians representing Cambridge University Boat Club at BUCS were: