Caius graduate Charlotte Gamble (History 2018) has been awarded the Sara Norton Junior Prize for the best dissertation on American Political History by the Board of Examiners for Part II of the Historical Tripos 2021.

Charlotte’s dissertation title was Policing the Black Dance Hall: Leisure, Surveillance and Uplift in the African-American City, and, while historical, the subject matter was hugely topical due to the Black Lives Matter movement, which grew in 2020.

“It meant I was constantly getting new ideas, not just through reading in the library, but also reading the news,” Charlotte says.

Charlotte had considered writing about mega churches in the United States in the 1980s, but some words of advice from another Caius historian, Lili Donlon-Mansbridge (History 2017), and wider reading, saw her change her mind.

She adds: “Lili said ‘make sure you do something for your dissertation which is important and that you feel needs to be done’. She said that with a dissertation ‘you’re not going to love it consistently – it’s not going to be fun from start to finish, so it’s got to feel meaningful.

“As intriguing as the mega churches in America sounded, I thought that if I could pick something which felt more relevant to contemporary debates about modern day race relations, the role of law enforcement and alternative models of policing, then I’d feel more motivated to keep on going. That was true, and it’s probably the piece of advice I’d give anyone.”

Supervised by Dr Nicholas Guyatt, a historian of colonial America, Charlotte researched how the police maintained a “more complicated and subjective” moral order in the early twentieth century, and forms of community policing.

She says: “I was looking at ways in which African American communities functioned and maintained order, not just by state intervention, but by the tools that they have within them. How families and friends policed each other – often to the annoyance of young men and women looking to have a good time in the dance halls.

“Following the murder of Sarah Everard, I remember reading something in the news about Boris Johnson’s proposal to have undercover policemen patrol nightclubs.

“There were very similar proposals in the early twentieth century in America as municipalities employed plainclothes male and female police officers to patrol dance halls, supposedly to protect women.

“But it was deeply problematic, and my dissertation showed me the ways in which these positions of authority could be exploited, not always making the dance hall safer – especially for African American communities.” 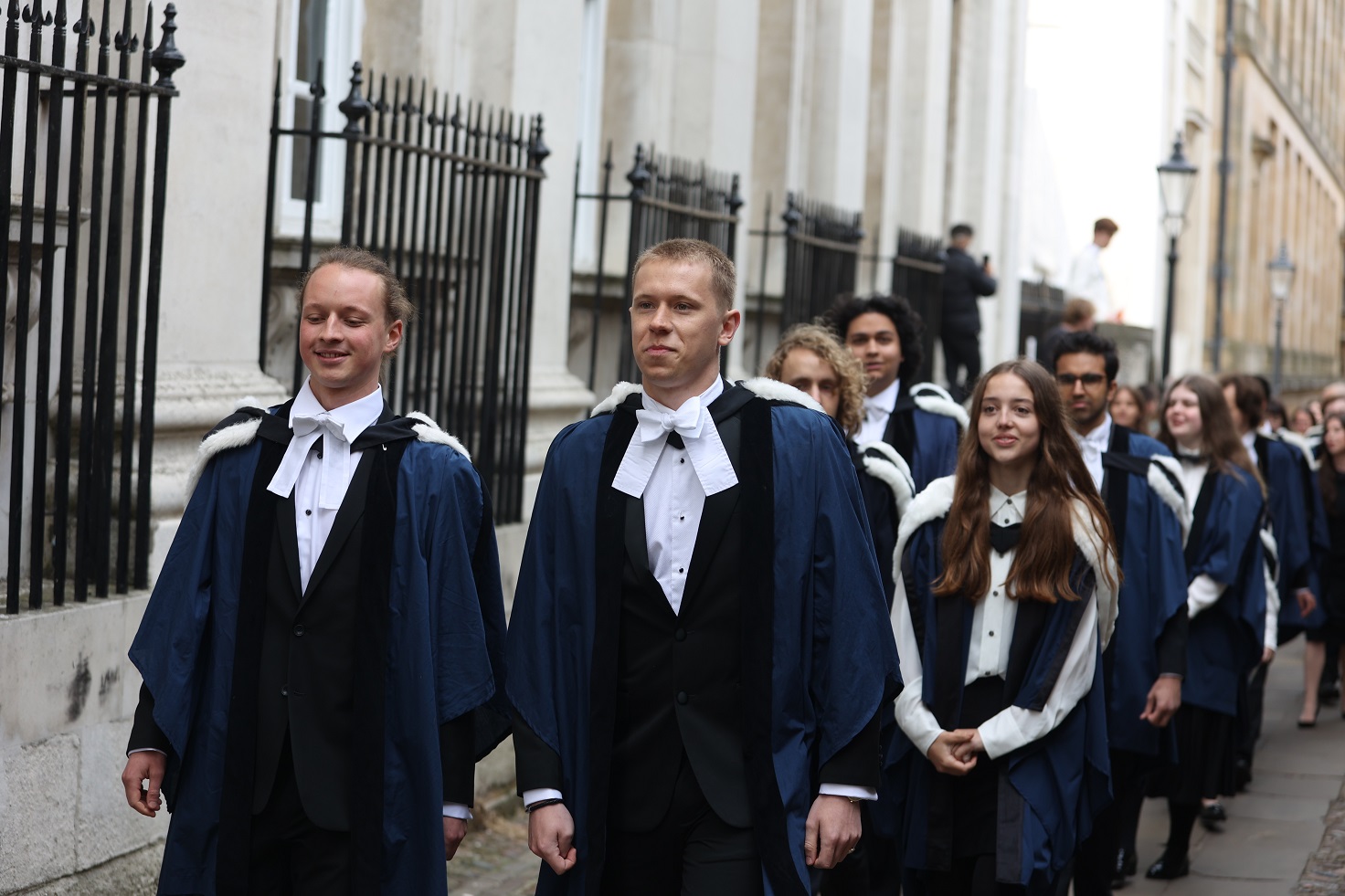 For Charlotte, the prize was unexpected, and has given her confidence for further academic research, possibly at a university in the USA, while she is keen to travel to New Orleans in the next year.

She is also embarking on other research avenues. She has been writing a policy paper for the Wilberforce Society, a Cambridge think tank, looking into the full decriminalisation of sex work in the UK.

However, the mega churches idea, which sounds like a Louis Theroux documentary, is also still on her mind.

She says: “I love Louis Theroux! I’d love to make documentaries, so the mega churches thing might still happen in another form. I could definitely see it being a documentary.”

It is all a long way from growing up in East London, where Charlotte attended Walthamstow School for Girls and Mossbourne Community Academy in Hackney. But she remains tied to her roots, returning to her schools for admissions talks as well as hosting visitors from those schools at Caius.

“If you go to a state school you always stay tied to it and feel a sense of responsibility to keep going back and talking to people,” she says.