Dr Christina Faraday talks about her passion for communication through art, her Tudor research, admissions – and dinosaurs

Dinosaurs are not readily associated with History of Art, but for Gonville & Caius College Fellow Dr Christina Faraday, they illustrate her point.

“During my PhD I got really interested in dinosaurs, as an escape. I went once to the cinema to see Jurassic World and after that I was dinosaur mad,” Dr Faraday says.

“It when I was at Wembley Arena looking at these animatronic dinosaurs, I thought ‘it’s the same thing’. It’s the problem of representing something absent – how do you make it vivid? Because I just can’t grasp dinosaurs. I know they were real, but it’s so weird, this thought of these prehistoric things walking around the Earth.

“What I was doing in my search for dinosaur related content was trying to visualise them. And it just really interested me that that came back to this idea of how you make something vivid and real-seeming for your audience? That’s the problem I’m exploring in Tudor art, too.” 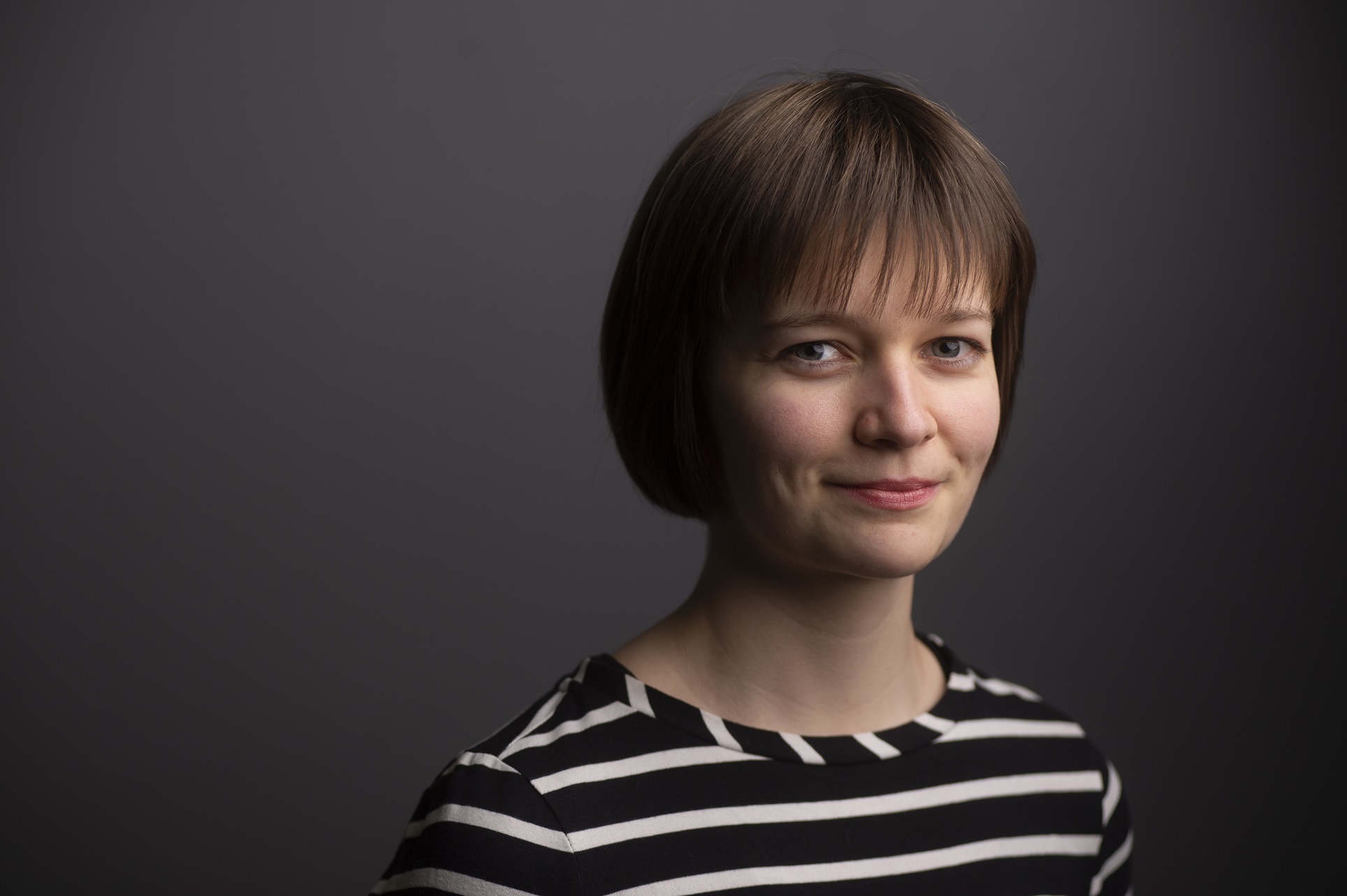 Dr Faraday, pictured, is an AHRC/BBC New Generation Thinker, a programme which gives early career researchers the chance to communicate their research to wider audiences. Dinosaurs were part of her essay, Tudor Virtual Reality, which is available on BBC Sounds: https://www.bbc.co.uk/sounds/play/m000khhs

She joined the Caius Fellowship in October 2020, and specialises in Tudor and Stuart visual and material culture, with wider interests in the art of Northern Europe in the medieval and early modern periods.

Dr Faraday grew up in Letchworth Garden City and attended Highfield school, a state comprehensive. Hertfordshire is one of Caius’ link areas for admissions, and she attended a taster day for Mathematics at Caius when she was a teenager.

When she did matriculate at Cambridge, Dr Faraday opted for Caius’ near neighbours St John’s, where she stayed for her BA and MPhil in History of Art and Architecture and PhD in History of Art.

While some are dismissive of the quality of art from the period, Dr Faraday believes Tudors simply had a different idea of what was important and “saw art as a means of communicating something”.

“It’s such an interesting period from a political and religious perspective, and the art really was completely embedded in that culture,” she adds.

“I look at that conjunction between visual art and rules about communication more generally. There were a lot of techniques which were recommended to convey something effectively. My research is about how those techniques became unconscious habits, and they manifest in the art as well – this is the way that you convince someone that you’re an important person and you can do that in a speech, but also in a portrait.

“I look a lot at liveliness, which was their word for realism; you see a portrait and you feel like you’ve met the person. They were thinking ‘how much about this person can we get into this picture?’” 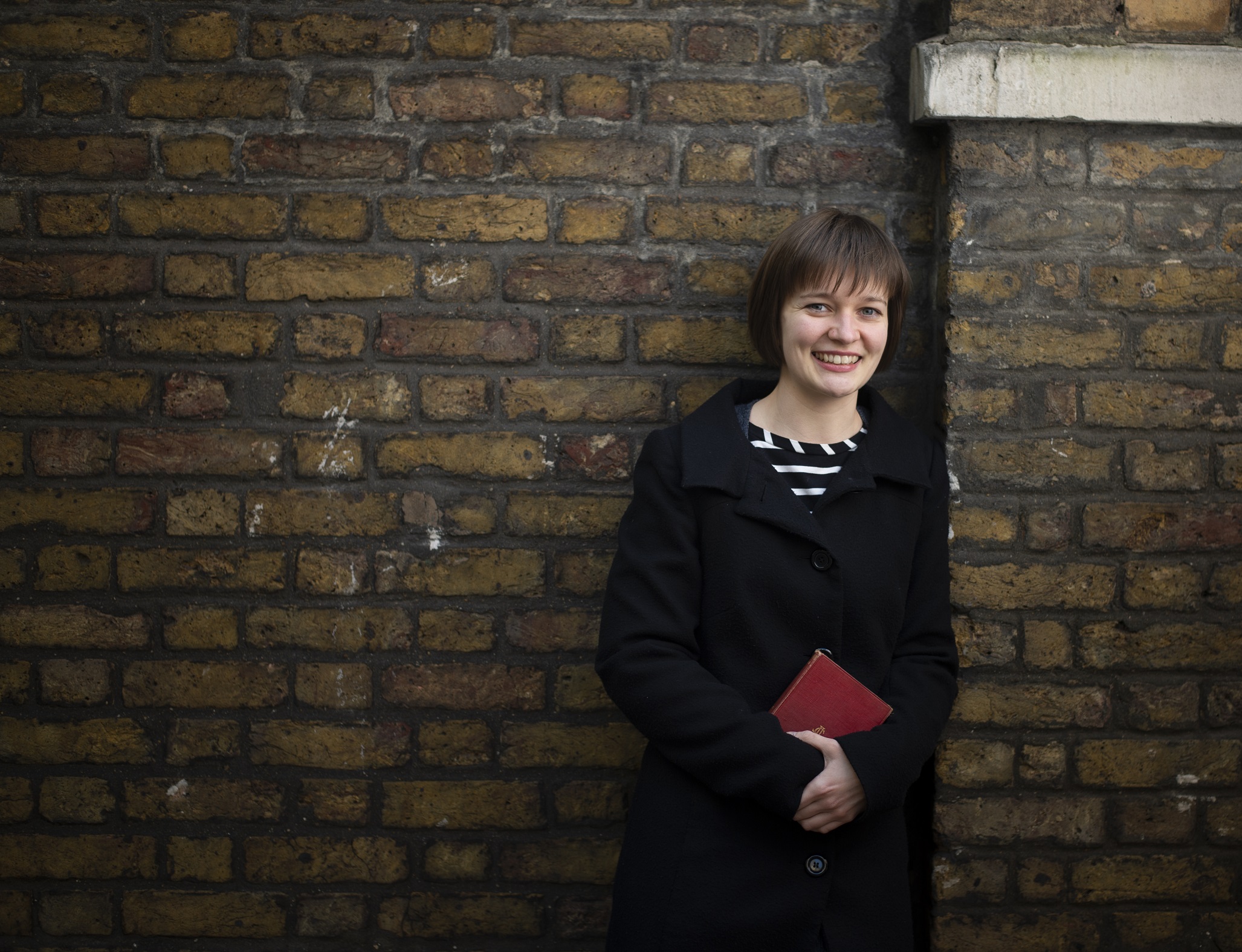 She is writing a book based on her PhD, seeking inspiration from fiction, including Stephen King thriller novels to capture some of the page-turning prose often absent in academic writing.

She adds: “A lot of the time we’re reading for content, but it all comes back to eloquence and the art of rhetoric. If you can communicate it well, then your case is always going to be more persuasive.”

Her work is beginning to look more at music, and the overlap with art, and she has recently had time to reflect on her formative experiences at the V&A, given the pandemic-related pressures on culture. As a child she would go to the museum on Sunday mornings with her mother, immersing herself in the collection, and later found herself there on an internship.

She says: “It was beautiful. It gives you a physical connection with other people – you can see thumb prints in the pottery. That’s what I find so exciting about History of Art.”

Dr Faraday enjoys enthusing about History of Art, and takes part in the admissions and outreach talks at Caius.

As a school pupil, experiencing the University of Cambridge, albeit in maths, gave her confidence to apply. She insists History of Art is not the elitist field it is stereotypically made out to be, and that there are numerous career opportunities.

“We don’t expect any prior training in History of Art, but we do want people to think about what interests them, beyond the school curriculum,” she says.

“It’s a rigorous degree which allows you to try lots of different things. It gives you all the skills that other humanities subjects do, like making a good argument, marshalling evidence, thinking hard about sources, but at the same time it trains you visually.

“That’s something that’s so important now. We’re constantly bombarded by images in this culture. If you don’t understand them you’re at their mercy. I think it’s a really important skill to have.”

:: All photos credited to AHRC/Steven Heywood