The Revd Dr Carolyn Hammond talks about her career to become the Gonville & Caius College Dean, her struggles during the pandemic, where she's happiest, and about her pastoral role for students, staff and Fellows, regardless of faith.

Giving up smoking, Arsenal’s recent seasons of struggle… there are some things that God cannot help with.

But the Revd Dr Carolyn Hammond, the Gonville & Caius College Dean, is available to all members of the community for support and a listening ear, regardless of faith or belief.

“When I put that pastoral hat on what I’m trying to do is just help people make things a bit better,” Dr Hammond, universally known at Caius as Cally, says.

“I don’t think it’s appropriate for me to take people at a vulnerable moment in their lives and start telling them everything will be fine if only they turn to Jesus. Because a lot of the time it isn’t true.

“When I gave up smoking I tried to get Jesus to help me with that, it didn’t work at all. I have to say that Nicotine patches were much more successful!” 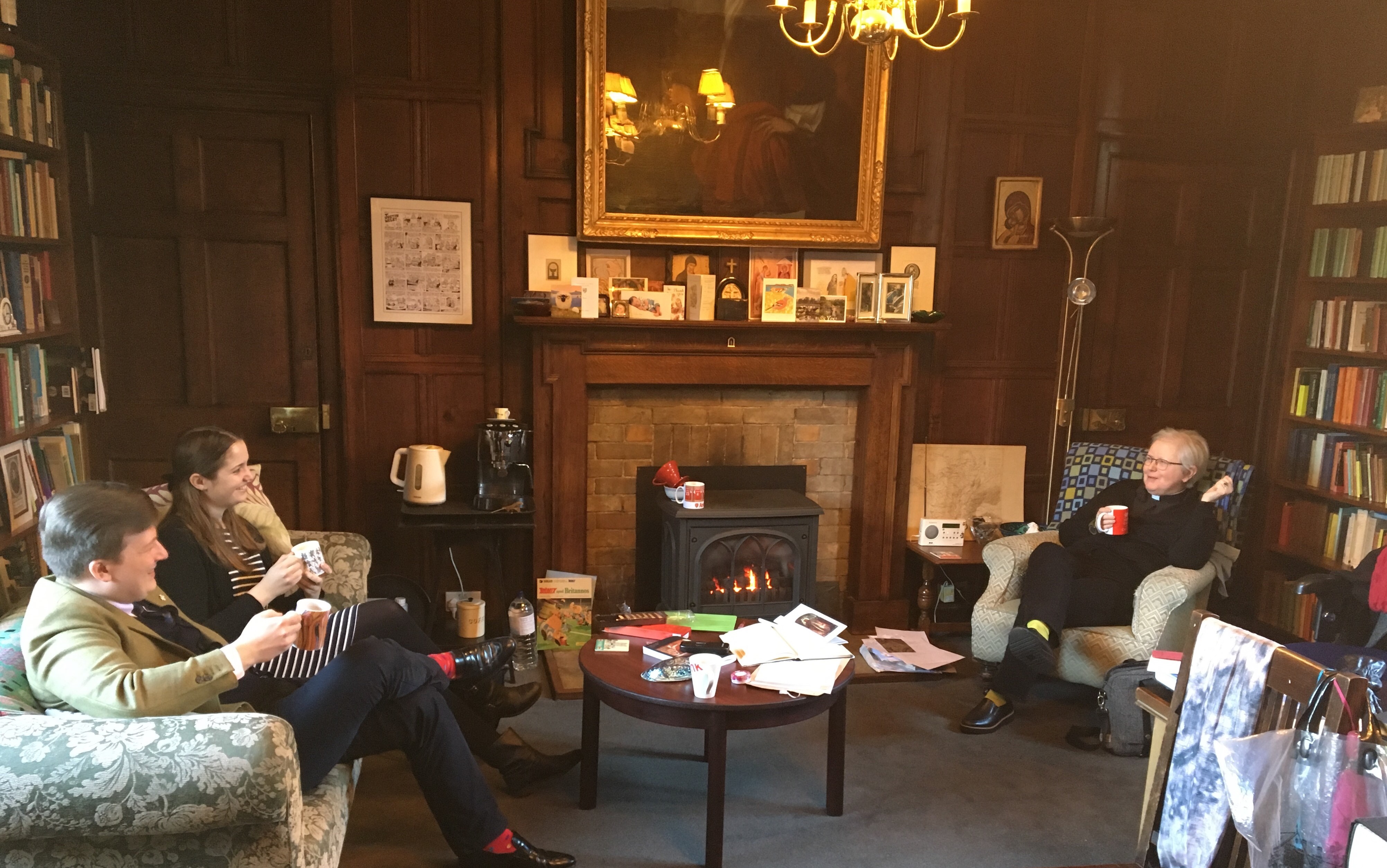 In the complex structures of collegiate Cambridge, Cally emphasises the equality of Chapel.

“Chapel is one of the very few spaces in College where staff, students and Fellows can all mingle in the same space and on the same terms,” she adds.

“I’ve always seen myself as the Parish Priest for Caius College. And that means I’m not just there for the students, staff, or Fellows. I’m there for everybody. I try to be somebody the staff are comfortable talking to. I just try to see the person and I hope they understand that’s how I regard them.”

Cally speaks to freshers during their induction, to make them aware of her role and presence in the College. She has been a confidante of students, staff, and Fellows since joining Caius in 2005, with discussions on relationships, bereavement (usually family or friends, sometimes of pets), life challenges, and issues like sexual misconduct.

“They come to talk to me because they know that I have promised them I won’t do or say anything to anybody unless they’ve given me permission. And I mean that,” she adds.

“It’s my way of being a resource for them, and I think sometimes they wouldn’t come if they didn’t know that.”

Cally seeks to guide and direct, and not judge. She uses her Classical education to good effect, discussing the literal Greek translations of sin (making mistakes) and forgiveness (letting go). When appropriate she offers to pray for people, to help them to let go; prayer also helps her to manage the burden of others’ unhappiness.

She adds: “I do that because prayer comes naturally to me, but also because I know that I can’t afford to carry all this stuff around with me all the time. I’d go nuts. It’s just not healthy for anybody.”

Another method of escape is walking her dog, Phoebe. Fortunately, beagles like to exercise, as Cally’s husband, Professor Graham Virgo, is the Senior Pro-Vice-Chancellor for Education and has had the need to de-stress frequently throughout the Covid-19 pandemic due to the challenges presented for the University of Cambridge.

The couple were the first Fellows to be married at Downing College in 1993 and have two adult children, Elizabeth and Jonathan. 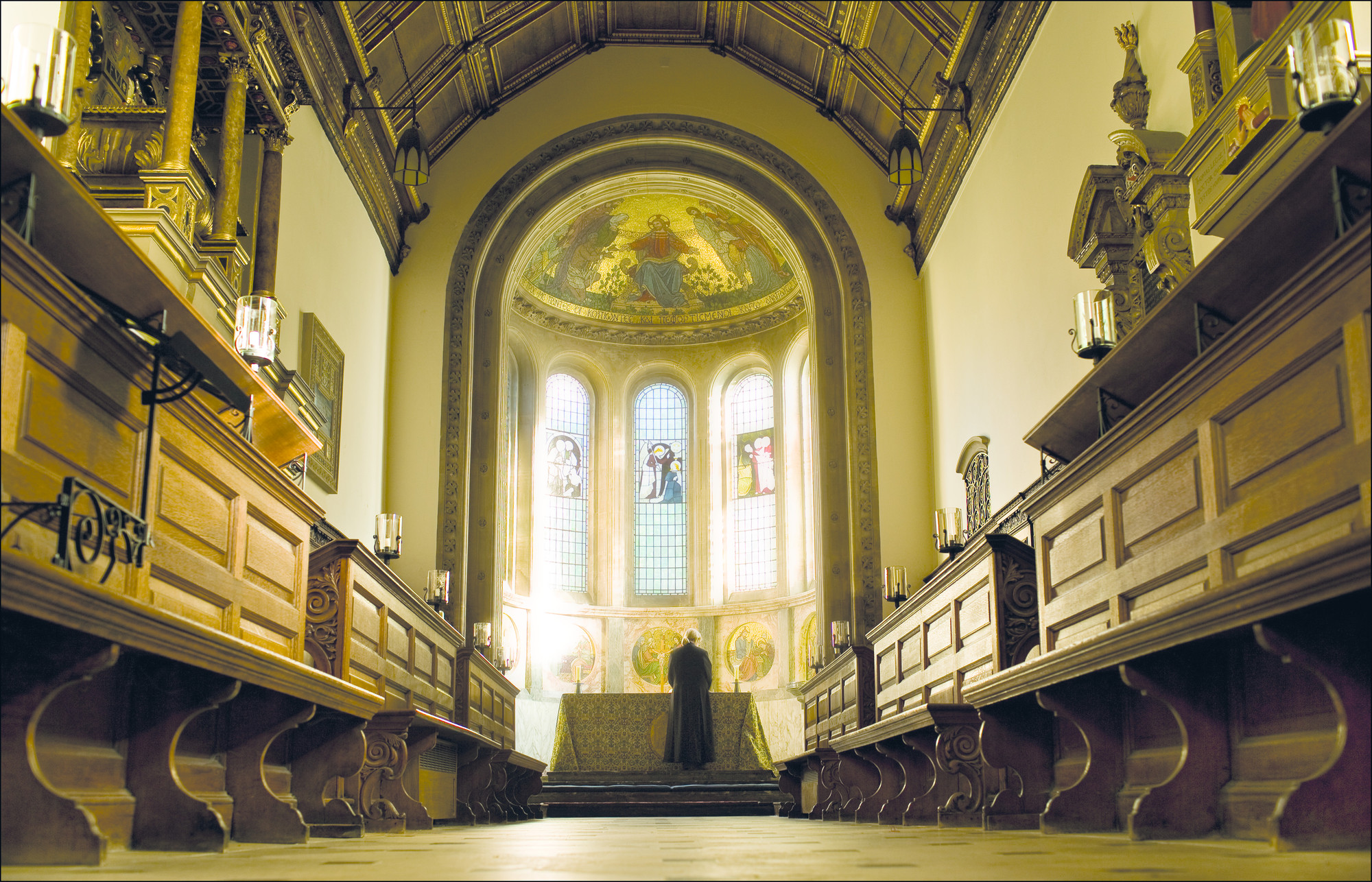 Cally has been available to the Caius community virtually during the pandemic, with services broadcast live on YouTube thanks to Precentor Matthew Martin.

“That’s better than nothing, but it’s still not the same as being there,” she adds.

“I miss the choir, I miss my colleagues, I miss being in College and being able to see the students and teaching in person.

“Talking to people is still the fundamental when it comes to pastoral care, when I want to support them. And that hasn’t stopped, but it has changed a bit. You can’t be warm at a distance, and you can’t give people a squeeze of the hand or an arm round the shoulders.”

Cally studied Classics at Oxford as an undergraduate – a subject she still teaches at Caius – and it was then that she discovered her calling.

“I started going to churches which I found more appealing and that’s where I was first struck with what a Priest can do,” she adds.

“Back in those days women weren’t allowed to wear dog collars at all, never mind be Priests and Bishops.

“I put it on hold for a bit and decided to wait, and I went to do my doctorate in Classics. In 1992 the Church of England voted that women could be Priests and that was it, I was off.” 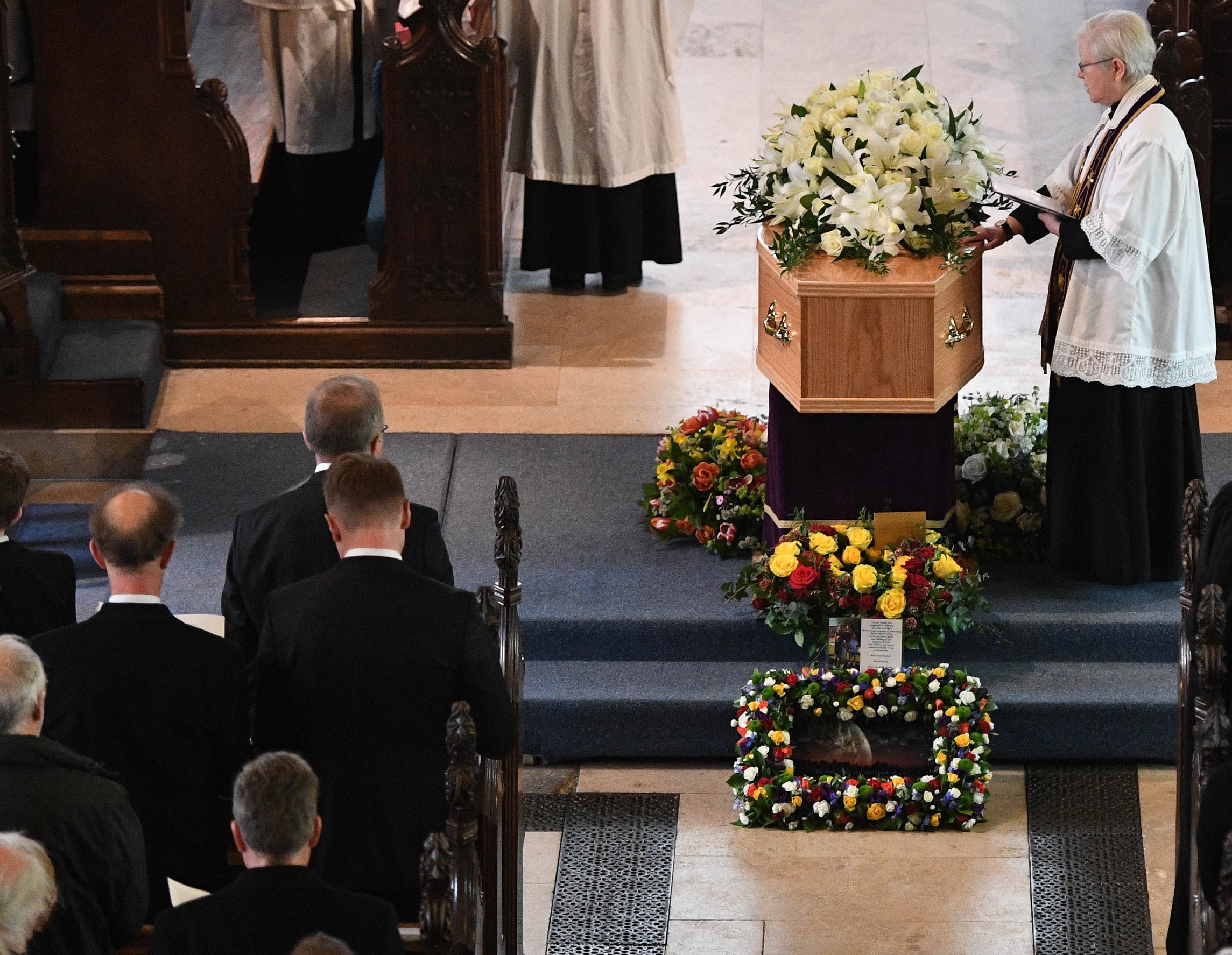 She was a Classics Fellow at Downing by then, but two years after getting married, she returned to study Theology at Westcott House in Cambridge.

She was Priest in the village of Gamlingay, on the Cambridge-Bedfordshire border, prior to joining Caius, where highlights have included Carol services and her annual Latin service of Holy Communion, close to her birthday on 13 June. She has also experienced “intensely special” celebrations of the Eucharist, enjoyed publishing books, and she presided over the funeral of Professor Stephen Hawking.

She says: “That was deeply satisfying, because Stephen was so distinguished and meant so much to so many people, including a member of my own family who is disabled. I wanted to get it right for his family.

“What I loved about it was that we came together and put on a team effort for him. The amount of work the Porters put in, and the Chapel Administrator, the musicians, and the Funeral Director, who was wonderful. We all made it a funeral everyone could participate in.”

When I stand up in church in a pulpit or behind an altar, I feel more truly me than I do anywhere else.

Cally has had her own challenges to face, not least breast cancer, which was diagnosed in December 2014. But she took comfort and solace in her faith.

“The only time I felt happy during that period, really happy and at peace, was in church. It was just good to be there,” she adds.

“When I stand up in church in a pulpit or behind an altar, I feel more truly me than I do anywhere else. I think this is where I most become myself and I can be the kind of teacher I feel called to be, which is somebody who talks about stuff that really matters to everybody. The meaning of life, I suppose, is the parody version of it.

“The things that people don’t talk about to anyone else, like the moment people realise ‘Oh my God, one day I’m going to die’… those kind of life-changing moments. You’re part of that in other people’s lives.

For Caians, the feeling is mutual.