The thoughts of the CBI Director General on productivity and the perils of business dinners, and a leading fashion designer’s critique of the fashion industry provided inspiration for young female students at Caius’ third Women in Economics Day. 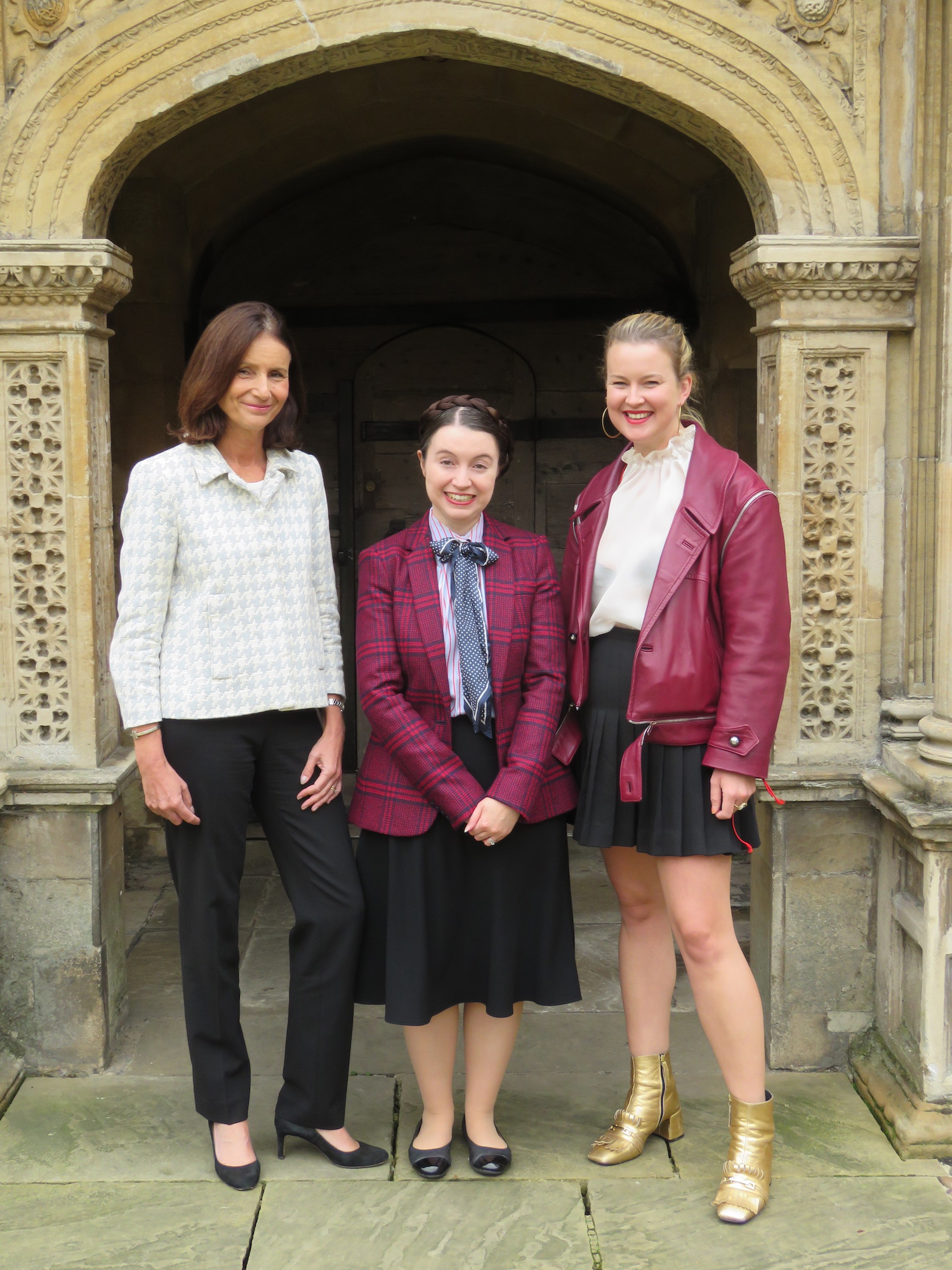 Almost 90 sixth formers, many from the College’s link state schools, attended the free event, which was addressed by Carolyn Fairbairn, the first female leader of the Confederation of British Industry. One of the first two female Economics students to study at Caius, where she was among only the second intake of women, Ms Fairbairn is now an Honorary Fellow of the College. The programme also featured designer Jenna Young, whose subversive, feminist fashion designs have been worn by Lady Gaga and featured in Vogue.

The day was led by Dr Victoria Bateman, Director of Studies in Economics at Caius, who founded the Women in Economics event in 2015. Sixth form girls from any school or college who are considering studying Economics at university are invited to hear topical discussions with prominent women in the field, a talk on economic history by Dr Bateman providing a flavour of a university lecture, and a panel of recent Economics graduates who answer questions on the Cambridge course and early careers.

Speaking the day before Prime Minister Theresa May’s landmark speech on the Brexit negotiations in Florence, Ms Fairbairn urged a three-year transitional period as a “bridge” to a new deal between the UK and European Union. The arrangement would provide a “breathing space” to put in place new systems and regulation, she said.

Quizzed by Dr Bateman over the way negotiations should now go forward, the CBI leader – whose organisation campaigned against Brexit - said the process so far had not been “a particularly edifying spectacle”. A statement on money was the only way to unlock the negotiations, she said, and called for careful and calm language from participants. “Tone matters, courtesy matters and respect matters.”

Sectors at most risk of damage under Brexit were the creative industries, automotive sector and financial services she added, though “everybody is affected”. Brexit votes were closely correlated against areas of the UK with weaker economies and lower productivity, and efforts were needed to close the productivity gap.

Asked by members of the audience about her experiences as a woman in the workplace, Ms Fairbairn said that, while things were far better than in her early career, she had arrived at the CBI to find “a roomful of men”. She felt uncomfortable as the only woman on a board, she said. “Two feels ok, three feels good. Three is a magic number when it comes to leadership roles.”

Business dinners were also unhelpful to women’s progress, as they interfered with family commitments. “When I had three children under five years old I never went to a business dinner… As a woman, you are just slightly less connected.” The CBI was “trying to do more evening events, where you have a nice glass of champagne, a couple of canapes and go home and put the kids to bed.”

Fashion designer Jenna Young, whose This Is the Uniform Label seeks to challenge perceptions of accepted clothing, spoke to the audience of the “massive problem” for the fashion industry posed by Brexit. Imported textiles used for her clothing, which often features street wear such as track suits embellished with complex traditional embroideries or cut in sheer fabric, now cost more, and the criss-crossing of national borders involved in making the products relied on a tariff-free system.

The outward-looking, multicultural image of the UK was vital to the fashion industry, and could be jeopardised by Brexit, she added.

Ms Young, whose label exclusively uses non-professional models picked for their look and style rather than those from agencies, attacked her industry’s obsession with ultra-thin body shapes and lack of ethnic diversity. Analysing the ethics and economics of fashion, she explained that dramatic impact Instagram had inflicted on the industry, with catwalk show garments instantly copied for mass sale by high street chains months before the original designs were available.

Audience members questioned the designer on the balance between dressing for oneself and looking professional, and on her own recommendations of ethical clothing affordable on a student budget.

Dr Bateman, whose own lecture examined the economic challenges facing Britain as Brexit approaches, and highlighted the relative historical novelty of strong economic growth, praised both speakers as inspiring examples for young women considering pursuing study or a career in economics. “Women in Economics aims to show the diverse ways of approaching the subject, and help encourage young women to help shape the future of economics. Not only does economics matter for politics and society but, in turn, politics and society feed back to affect the economy. This makes economics one of the most exciting subjects to study.”