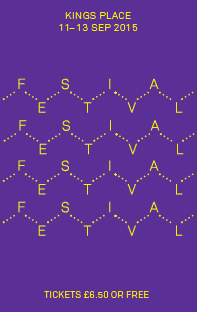 The buzzing of insects, croaking of frogs and other sounds of the Amazonian rainforest will feature in a strikingly innovative concert of Brazilian choral music performed by the Choir of Gonville & Caius in London this weekend.

As part of the Kings Place Festival, the Choir will perform works from their widely-acclaimed CD Romaria, Choral Music from Brazil in a concert at 4.15pm on Saturday 12 September (details and tickets here).

One fascinating piece, Metaphors by Henrique de Curitiba, blends recorded rainforest sounds with music by the Renaissance composer T.L. Victoria. The piece, dating from 1973, is set for six singers and an optional background tape featuring music from the Amazonian forest. The original playback tape is missing, but a new version was assembled especially for this recording using the sound laboratory facilities at the University of São Paulo. De Curitiba explained the importance of the background sounds by stressing that “it is good, or better, to hear Nature’s voices than the polluting noises of our technological era…The sounds of the wood isolate the listener from the outer world.”

The programme also includes music based on jazz and popular idioms from Rio de Janeiro, folk music from the northern states, African traditions, and experimental music based on the European avant-garde. The mix provides a rare insight into the colourful and vibrant world of modern Brazilian choral music, which has flourished largely unknown outside the country since the time of Villa-Lobos.

The concert, of course, also offers a great chance to hear our choir, renowned for its innovative and exciting programming and commitment to contemporary music. Recent recording projects have included music by Judith Weir and ‘In Praise of St Columba’, a programme of Celtic chant performed with medieval instruments. This year the choir is premiering a new work by James MacMillan and also performing 16th-century music from the Caius Choirbook written for use at the Chapel of St Stephen’s, Westminster, which served as the chamber of the House of Commons after the Reformation.