Caians Bronya Sykes and Ben Dyer competed in the 2021 Boat Race on Sunday 4 April. After two years of preparation, it was the Cambridge crews who emerged victorious in Ely, on ‘home’ water. Ten days on, we asked Bronya and Ben for their reflections on the races. All images by Ben Tufnell/Row 360.

Q: What it was like at the start, after two years of preparation?

Bronya: We decided before going into it that we were going to make the most of it and have loads of fun. We really did that. It was two years of work, so there were some nerves as it upped the ante. We were almost doing it for last year as well as this year. It was our home turf and we were determined to make the most of it.

Ben: We could hear the commentary of the women’s race as we were warming up. I was surprised to hear Cambridge only a length up as I was expecting them to walk away with it. Oxford women were on the same station we were – on the disadvantaged station, because of the cross winds – and that gave us confidence, as we were underdogs like them. I was surprisingly calm at the start. We knew we had prepared well and we trusted ourselves if we performed on the day. We had one opportunity to get it right. 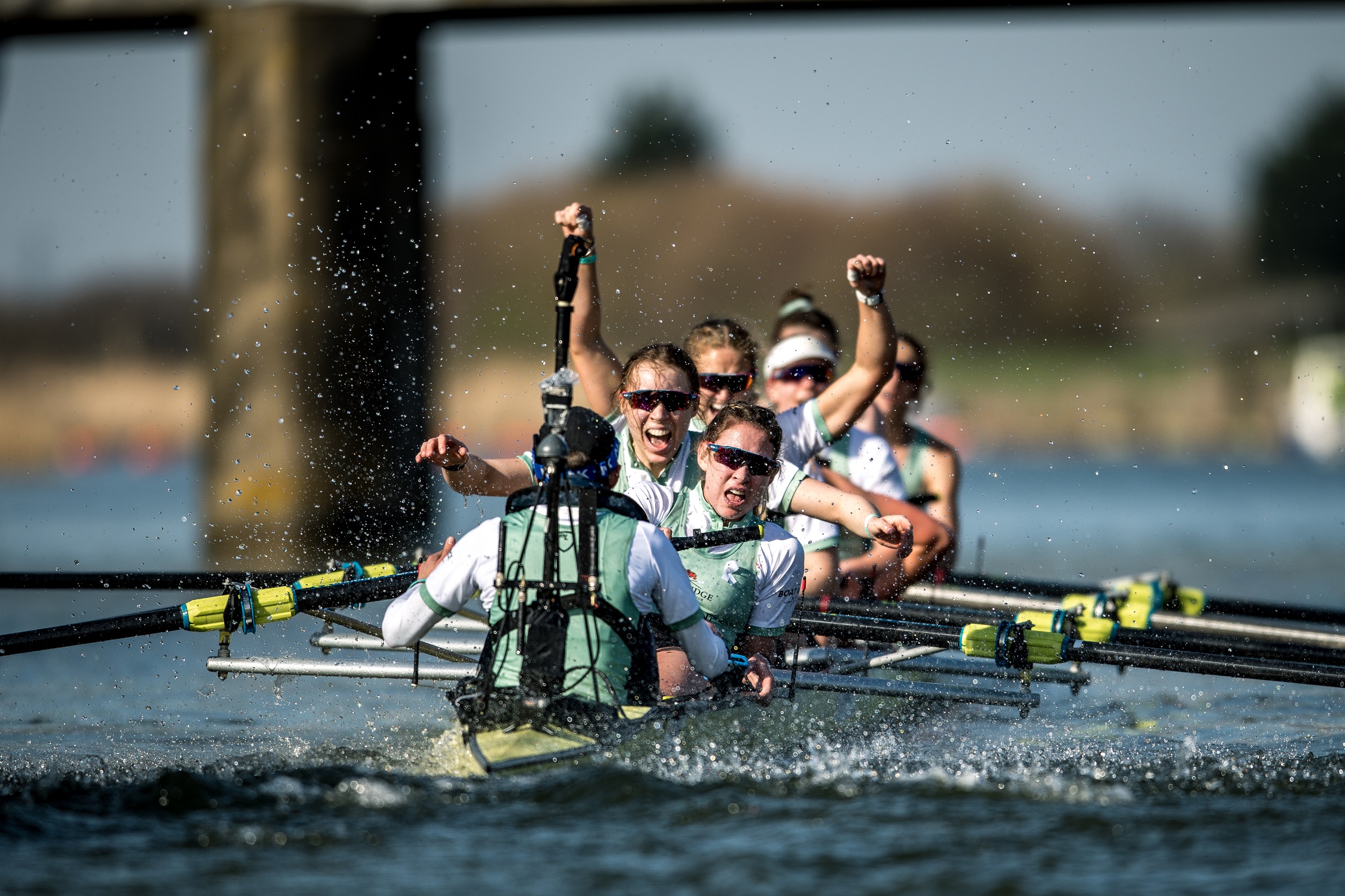 Q: At what point did you think you were going to win?

Bronya: I don’t think we doubted ourselves even when we were behind. Dylan the cox made some great calls. When we started to make our move we moved on them instantly, and we knew then we could win it. It felt absolutely amazing crossing the line. It’s hard to put it into words because it’s been such a long time in the making. It was an initial moment of shock, then a mixture of exhaustion and elation.

Ben: Someone in front of me shouted ‘we’re going to win the Boat Race’ and with 150m to go I thought, yes, ‘he’s right!’ I was cursing the stations through the middle of the race. We had named our kilometres, but Oxford made gains through the ‘Kilometre of Opportunity’, which is mostly exposed to the wind. We felt as the home crew that it would be an opportunity for us, but Oxford used the shelter on the inside to their advantage. 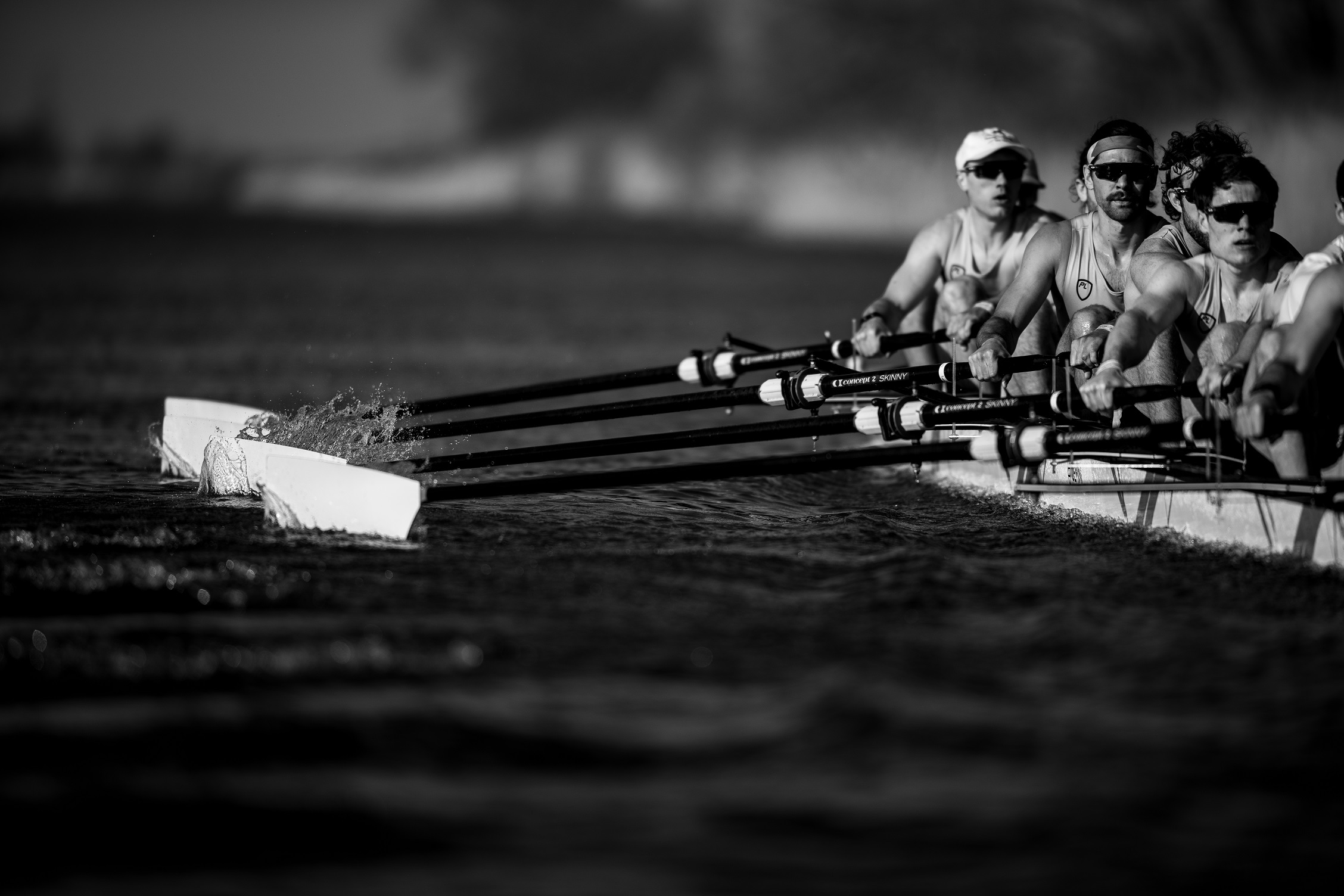 In the men’s race, Umpire Sarah Winckless spotted an obstruction in the water – fortunately it was weeds this time and not a protestor like in 2012. In the post-race analysis James Cracknell, a winner with the Light Blues in 2019, said Oxford should have steered into the weeds to force a re-start.

Ben: Charlie, the cox, is very good in these situations and told us there was an obstruction. He described it as a log – but in my three years training at Ely I don’t think we’ve ever hit a sizeable log. We’d gone through ‘what if?’ scenarios and that was one of them. There was an initial five strokes thinking ‘uh oh’ what if there is a restart, because we were three quarters of a length up. Thankfully the clump of weeds didn’t hit the Oxford boat. The coxes did a great job.

The women’s crew were huddling around a television watching the men’s race.

Bronya: The first thing we had to do when we got off the water was de-rig the boat and put it on the trailer, so we had a comedown doing that. When the men made it to the finish line it exploded where we were – everyone was so excited. We were poised and ready for our presentation and celebrations. It made our time on the podium even better the fact we’d watched the men coming through.

Ben: Our celebrations were enhanced by having such a close race. You can see the emotion in everyone. Everyone was very proud that we managed to overturn what was on paper a stronger crew; you could see how down Oxford looked – they fully expected to win. It turned out to be so perfect.

Bronya: We had another night in the accommodation in Ely, so we were able to celebrate in our Covid-secure bubbles. I’ve had so many messages. I’m determined to be involved again next year.

Ben: We were just across the lake and so close, but not allowed to celebrate as one big team. Hopefully we can after 21 June, Covid restrictions permitting.

Read our pre-race interviews with Bronya and Ben.