Athanasius Kircher was a German scholar and polymath, authoring over thirty works in diverse fields like music, magnetism, and medicine and receiving the title 'Master of a Hundred Arts'. He is also credited with inventing various automations, a magnetic clock, and the first megaphone.

Sometimes regarded as the founder of Egyptology, Kircher claimed to have deciphered the hieroglyphic writing of the Egyptians although his translations were later found to be wrong. This work contains his research on the hieroglyphics on the obelisk used in the Fountain of the Four Rivers in Rome, which was built for Pope Innocent X to whom this book is dedicated.

This copy was a gift from a former student, Robert Kynge. The Biographical History of the College gives him an infamous character, describing him as a 'great gamester', an 'idle parson', and 'a common frequenter of bowling alleys'. 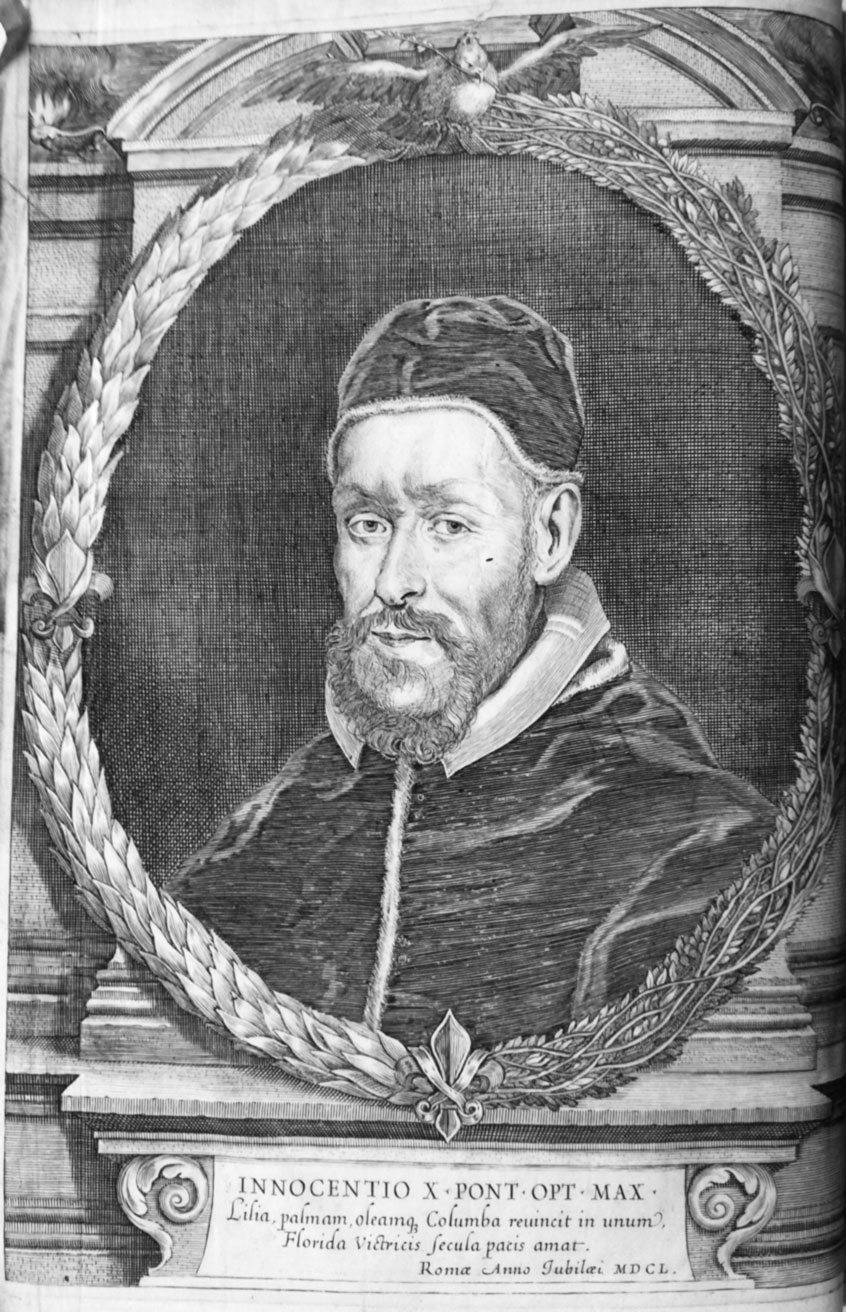 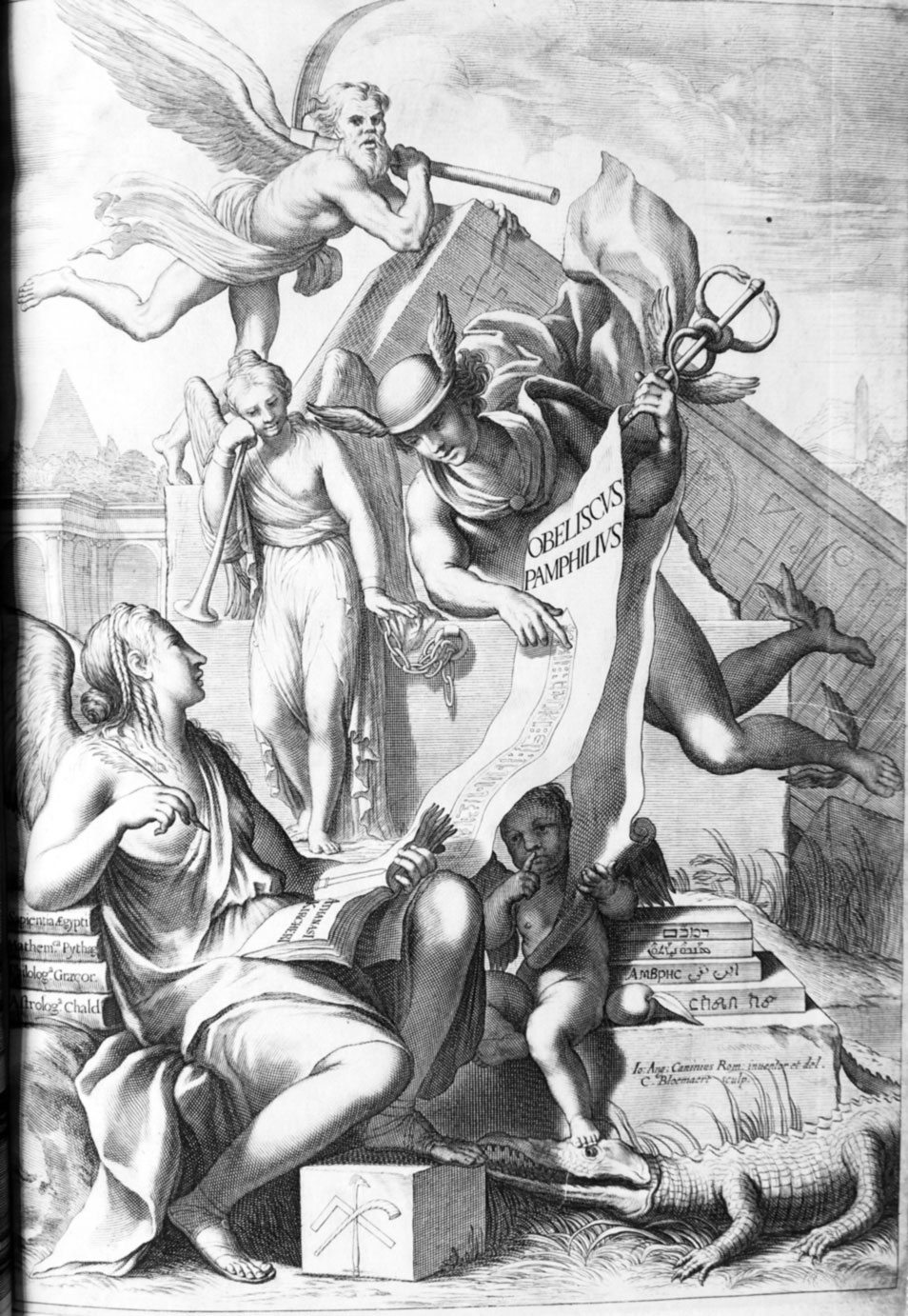 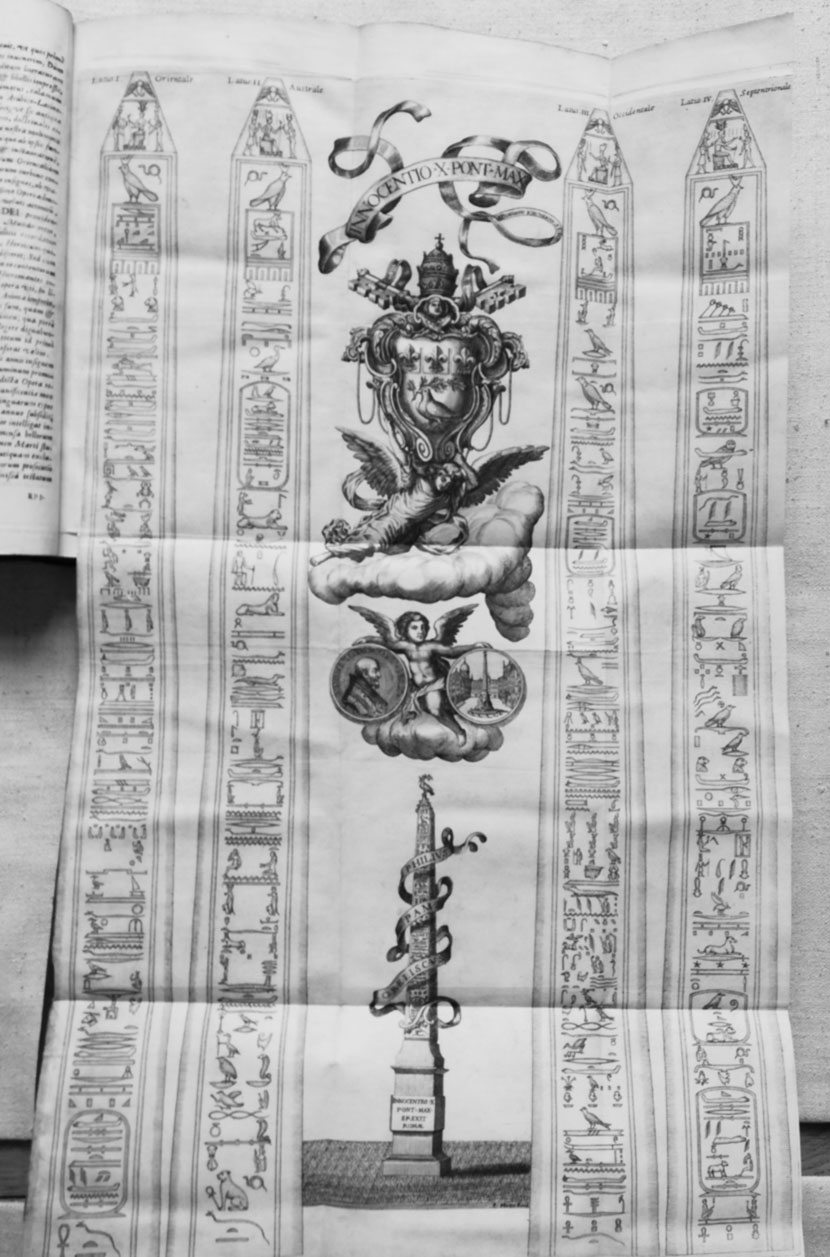 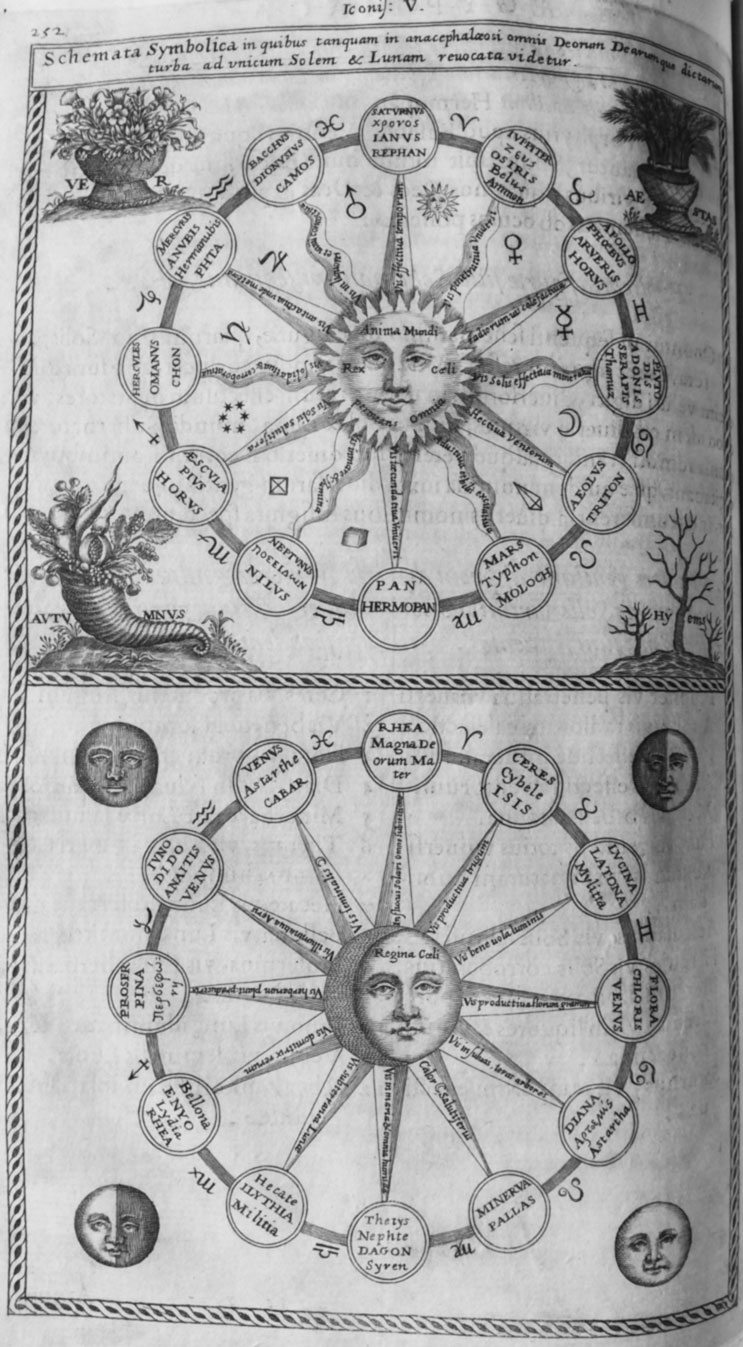 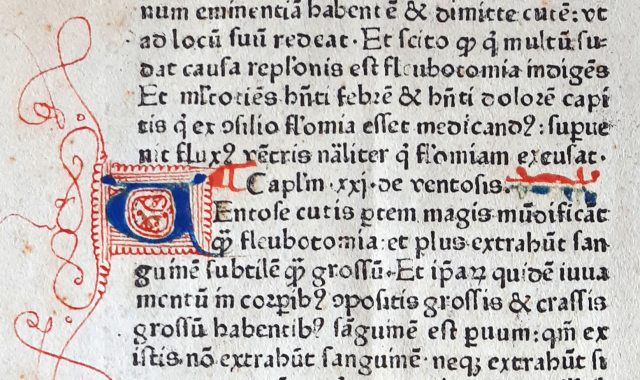 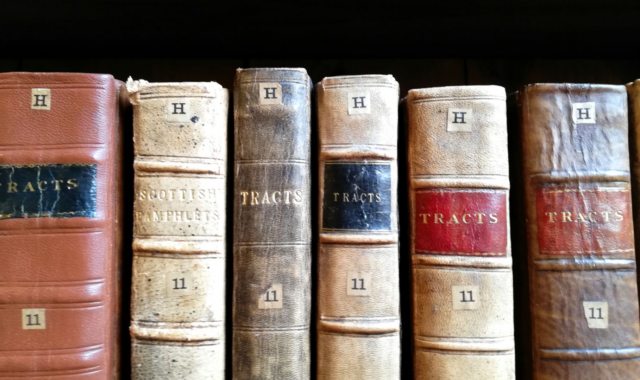