Mario Bettini (1652-1657) was an Italian Jesuit philosopher, mathematician and astronomer, born in Bologna, Italy. Having entered the Jesuit order in 1595, he became a teacher of moral theology, mathematics and philosophy at the University of Parma. He was in his sixties by the time he published what were to be considered his major works. He issued a two volume work “Apiara Universae Philosophiae Mathematicae in Quibus Paradoxa et Nova Pleraque Machinamenta Exhibentur”. This was followed in 1660 with this featured item “Recreationum mathematicarum apiaria novissima duodecim”.

Jesuit publications of the time were, typically, richly illustrated. Although this item has many illustrations, it does not include the engravings of the earlier two volume work; but rather many woodcuts featuring scientific instruments and geometric diagrams. There are two notable engravings. The frontispiece is fully engraved, depicting mathematical and scientific instruments, and in addition there is a small engraving of the author, along with an acknowledgement of the honour he received in having had a moon crater (Bettinus) named after him by Giovanni Riccoli in 1651. Jesuits of the time had a great influence on mathematics and the developing sciences such as astronomy, and forty Jesuits were honoured in this way.

The main thrust of the content is to show how geometry is universally important in the sciences. The first section of this volume is given over to military topics and the mathematics of warfare. There are illustrations showing the construction of fortifications and explaining the angles of elevation for the flight of projectiles from cannons. Later sections cover navigation, horology and astronomical theories. Illustrations for these sections include woodcuts of calipers, instruments for measuring angles, a hydraulic clock and sundials; including one described as a ‘sandal’ sundial, where the sole and arch are covered in dials. This item was originally shown in Bettini’s publication “Aerarium Philosophiae Mathematicae”, published in Bologna, 1648. 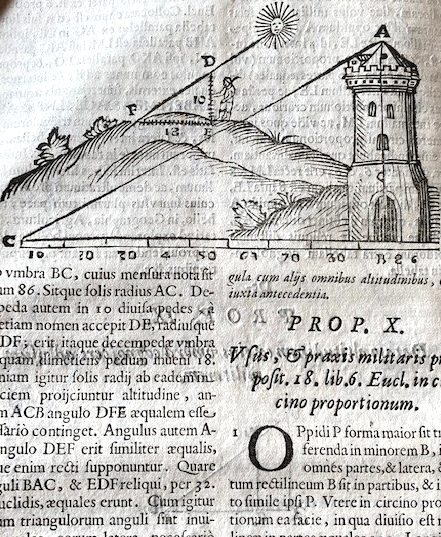 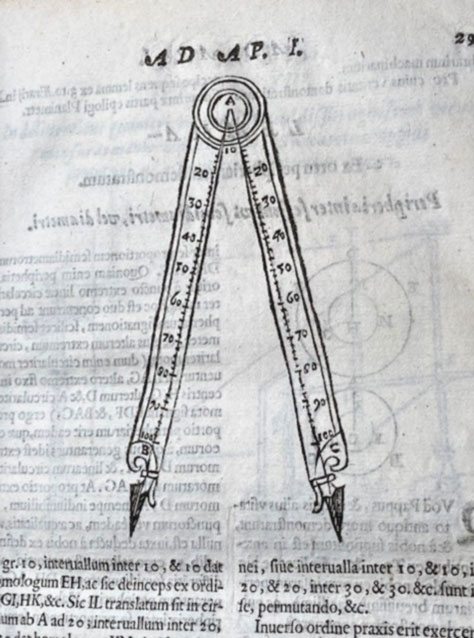 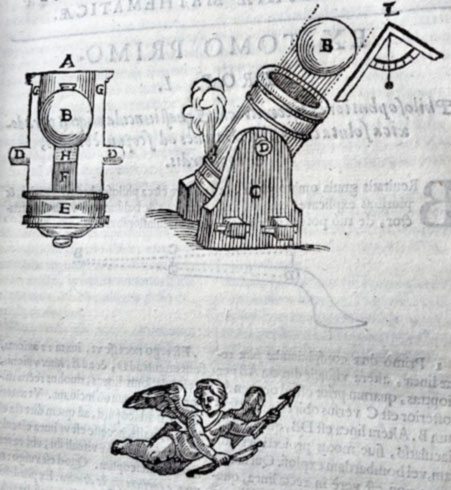 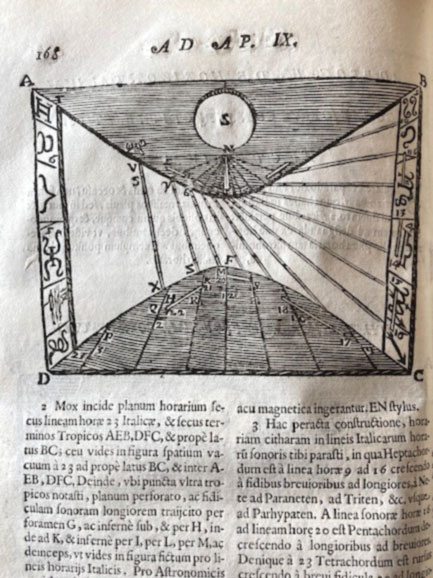 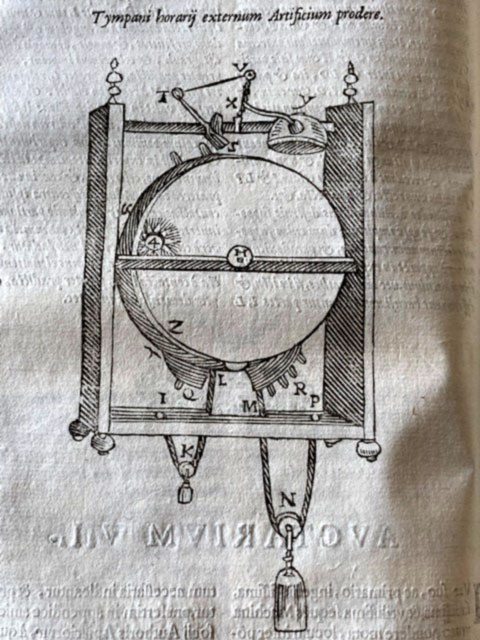 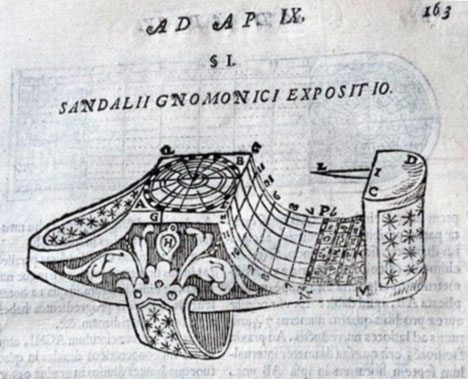 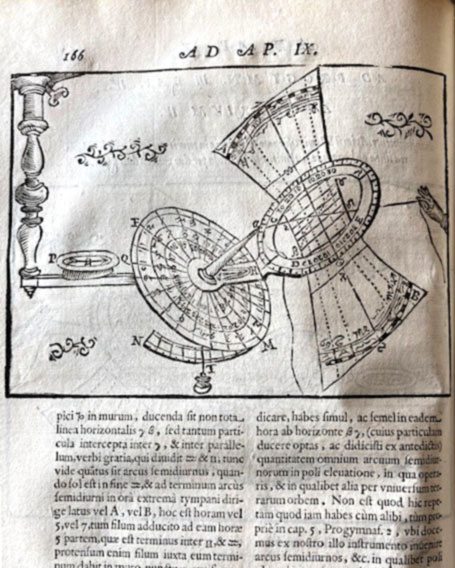 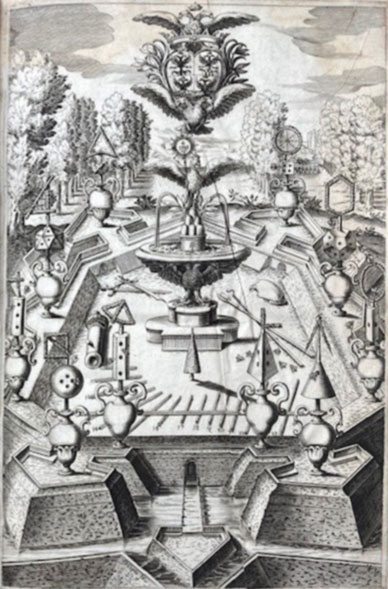