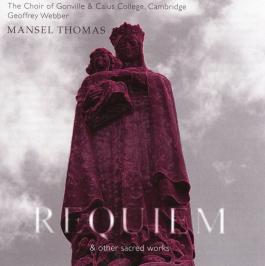 For an entire generation of Welsh musicians, the name Mansel Thomas was synonymous with a flourishing tradition of Welsh music and music in Wales. He was famous as a composer and conductor and he is often described as one of the most important and influential musicians of his generation. This premiere release of Mansel Thomas’s Requiem was recorded at St Augustine’s Church, Penarth on 15-17 March 2009.