“Venn played a key part in the creation of the local background against which 20th Century Cambridge philosophy could flourish,” says Dr Lukas Verburgt, a Fellow of the Netherlands Institute for Advanced Study in the Humanities and Social Sciences (NIAS) and a Guest Researcher at the Institute for Philosophy, Leiden University.

Dr Verburgt is an expert on John Venn (Mathematics 1853) and has written an intellectual biography, John Venn: A Life in Logic (University of Chicago Press, 2022).

The book publicity states: “The rich picture that emerges of Venn, the person, is of a man with many sympathies—sometimes mutually reinforcing and at other times outwardly and inwardly contradictory.”

Venn’s many contributions to Victorian intellectual life, and the Moral Sciences at Cambridge in particular, have long gone unrecognised, Dr Verburgt adds, overshadowed as they were by his eponymous diagrams, which are today so commonplace, particularly on social media.

This is all the more striking given that contemporary uses of the Venn diagram are often inaccurate, according to Dr Verburgt.

“Many of these memes aren’t Venn diagrams at all. They don’t follow the logical structure inherent in the way Venn used his diagrams,” he says.

The diagrams play a key role in one of his books and two or three articles, but he has done so much more. I haven’t found any hand drawn Venn diagrams in the archives, at Caius or elsewhere, which is quite surprising.

“The diagrams play a key role in one of his books and two or three articles, but he has done so much more.

“I haven’t found any hand drawn Venn diagrams in the archives, at Caius or elsewhere, which is quite surprising.”

Also surprising was Venn being overlooked for a professorship.

Dr Verburgt adds: “He applied to a professorship four times in his life and never was appointed a professor. I’m convinced he would have been disappointed about this, particularly when he missed out in the late 1890s to James Ward, who was 10 years Venn’s junior.”

Dr Verburgt’s interest in Venn grew from humble beginnings, while writing his PhD which in part looked at the history of probability theory.

He says: “John Venn was well-known for providing the first systematic account of the frequency theory of probability, and I found an entire world of thinking behind that idea in Venn’s own work. I wanted to learn more about his distinguished family, his life and his partly theoretical and partly existential struggle to reconcile science and religion in a post-Darwinian world.”

Some of this formed a chapter of his PhD and a journal article. He adds: “When I submitted a second article to the same journal, the editor replied to me ‘if you have so much material on him, why don’t you turn it into a book?’”

After his PhD, Dr Verburgt – having found, much to his and others’ surprise, that a comprehensive study of Venn was still lacking – visited three archives of Venn, in London, Birmingham and at Caius College.

“When you dive into the archives this entire world opens up,” says Dr Verburgt, discussing in the same sentence how Venn was President of Caius College, pioneer of probability theory, logic and statistics at Cambridge, inventor of the Venn diagram, the Hulsean Lecturer in 1869, the uncle of writer Virginia Woolf, and a friend of the Darwin family.

“What I thought would be a book about John Venn’s work on probability theory and sketching the context, turned into something entirely different. Mainly a contextualised intellectual biography of John Venn, stretching from the 1830s to the years after the First World War. 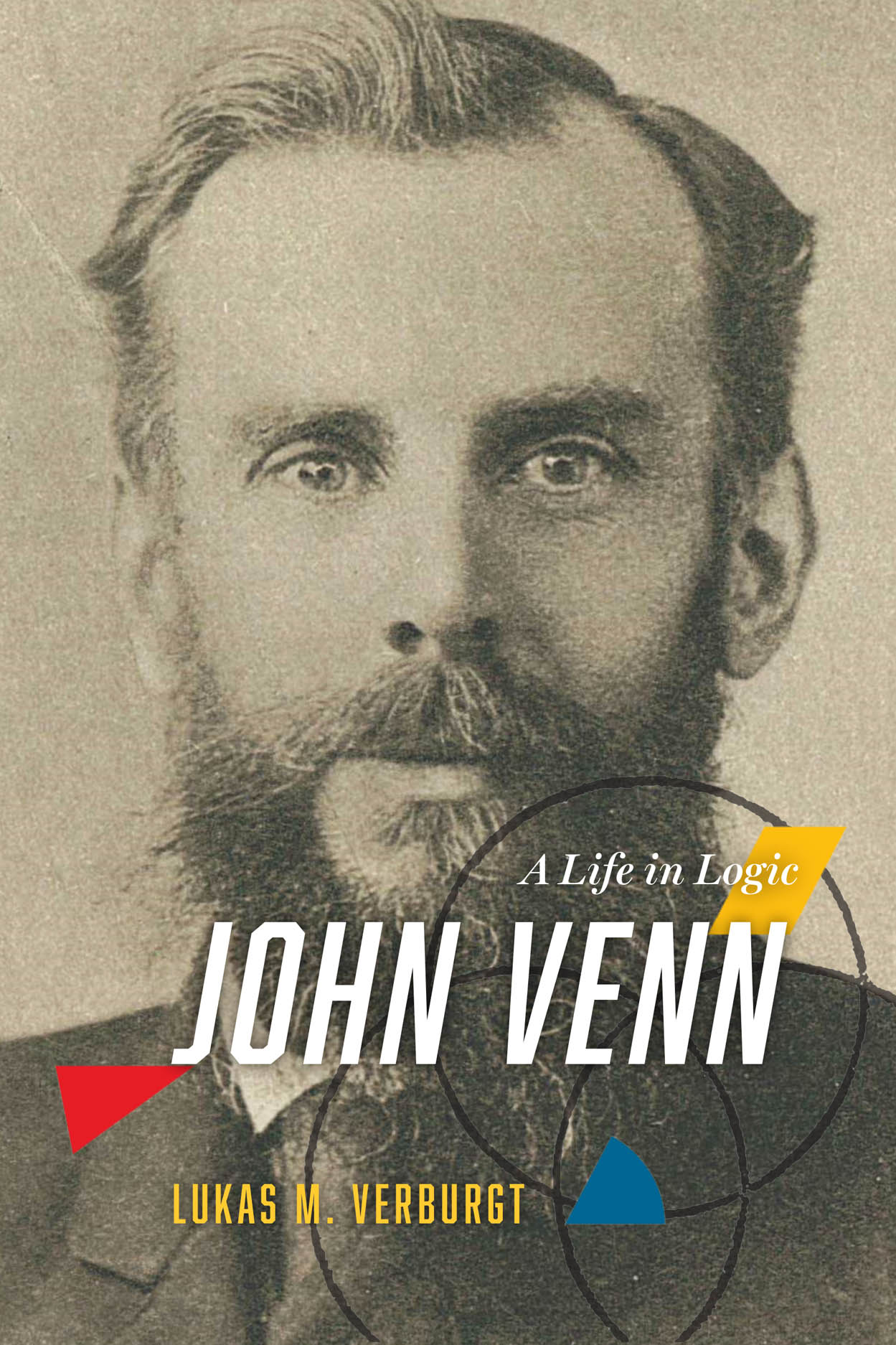 “The book runs up to 450 pages, tracing Venn’s entire development from Evangelical son to Cambridge don, but in some regards I’ve been relatively brief.

“I devoted one chapter to the last part of Venn’s life, after he had quit logic. This was the period after 1900, when Venn almost died. Then he had another 23 years to live, in which he became president of Caius, and compiled his historical and biographical work, including the Alumni Cantabrigienses, which is still widely used today. I explored parts of that story but not in too much detail.

“I hope my book will inspire others to pursue subjects I’ve touched upon in more detail. I hope others will take this further.

“There’s so much more to explore. Think only of Venn’s generation of Cambridge philosophers, working in the 1870s-90s, and the intellectual connections between Venn and his contemporaries C.S. Peirce, William James and John Dewey, working across the Atlantic.”

Caius College Fellow Professor Richard Staley, Director of Studies in History and Philosophy of Science, says: “It’s ironic that the complexities and interrelations between different aspects of Venn’s work are so little known, although he helped provide ways of thinking formally – and comprehensively – about the relations between the elements of different sets.

“I’m very pleased to see the publication of this book, from a scholar who is also helping us think about the way our histories of knowledge benefit from paying attention to a related but different question – the different kinds and forms of ignorance that have accompanied the development of science.”