The relationship between renunciation and liberty

Renunciation: the formal announcement that someone no longer owns, supports, believes in, or has a connection with something (Cambridge Dictionary)

Jessie Smith (Law 2018) maintained joint conduct of the largest terrorism and national security law practice in Australia prior to commencing her PhD at Gonville & Caius College.

Supported by a WM Tapp Scholarship and a John Monash Scholarship, her doctoral studies explore comparative counter-terrorism law, with a broad focus on the judicial assessment of terrorist risk.

Admitted as a criminal solicitor-advocate in 2012, Jessie spent almost seven years entering high security prisons and representing terror suspects, some held without charge, some acquitted and some convicted of very serious offences. In Australia, the renunciation of ideology has developed as the primary lens for courts to assess moral culpability, deterrence, and risk. A failure to renounce can mean that a person loses their liberty for a very long time.

“My PhD concerns the relationship between renunciation and liberty. It examines the doctrinal development of renunciation, its justification, and seeks to develop principles of limitation,” she says.

“Renunciation is primarily used as a short-hand means to assess risk. If an offender does not renounce they are presumed to be dangerous and will be incapacitated in prison for a long time.

“My PhD looks at how we justify incapacitation in this context, and sketches constitutional and theoretical dimensions. It briefly touches upon empirical issues, examining new structured professional judgment tools used by psychologists in court and which incorporate renunciation as a relevant factor.

“These tools are relied upon to impose stern punishment even though they have not been validated. What I’m hoping to do is deliver the first exposition on renunciation; setting out where it can be coherently justified, and challenge where I think it goes too far. Because renunciation is a reasonably new judicial device there isn’t really any scholarship on it at all.”

What I’m hoping to do is deliver the first exposition on renunciation; setting out where it can be coherently justified, and challenge where I think it goes too far

Jessie’s doctoral work does not look at the authenticity of renunciation or seek to prove its relationship to risk – that would be a decades-long longitudinal study – and the truthfulness of a suspect’s renunciation is a discretionary assessment by the court. Her study is a preliminary one, as she explains.

“I’m sure other disciplines, such as criminology, sociology and perhaps political theory, will do more interesting work on risk and renunciation from this point forward,” she adds.

In practice, Jessie largely acted for Australian and UK citizens who had joined terrorist organisations internationally, particularly linked to the conflict in Syria, but also those who had planned terror plots domestically. She has defended accused across the ideological spectrum; from those who were pro-ISIS, to anti-ISIS feminist Kurds who were in formal alliance with Australian and UK forces. She has also represented victims’ groups. Jessie explains that as a criminal defence lawyer she is required to act without fear or favour. Her role was not to advocate or promote her clients’ political cause, but to dispassionately vindicate their right to a fair trial and due process within the common law adversarial system.

Jessie represented the first child charged with terrorism offences in Australia. He also became the first person to renounce ideology in court. Various teachers, prison workers and community leaders provided testimony in support of his profound rehabilitation. It was this case which inspired her research.

She says: “Renunciation has an interesting history. It was used in Northern Ireland as part of the Good Friday Agreement; all prisoners were released after two years if they renounced violence and honoured this pledge. Renunciation was part of a political deal. In contrast, the absence of renunciation in Australia underpins stern punishment or indefinite detention.”

Given its growing use and impact on liberty, Jessie wanted to scrutinise it further.

“Authentic renunciation might indicate a profound change in thinking. It might also vindicate broader utilitarian goals, denouncing violence from a public platform,” she says.

“Should its absence justify an increased sentence, or preventative restraint where accused are detained without charge? I’m interested in how we demarcate fair boundaries.”

She adds: “Risk policy is a very difficult topic in the context of terrorist violence. For the person sitting in Whitehall, the burden to protect society is very weighty indeed. However, fear should not justify the reliance on concepts which are constitutionally unsound, or psychological tools which are not empirically validated.

“This PhD is designed for a judicial audience and practitioners, those who work in the criminal law.”

Jessie is sitting her bar exams next spring and will start pupillage with Doughty Street Chambers. Doughty Street is well known for its commitment to civil liberties, and is home to high-profile tenants including Geoffrey Robertson, Amal Clooney, Labour Leader Sir Keir Starmer and David Lammy, now Shadow Foreign Secretary. She hopes to continue her national security practice.

She adds: “I am extremely grateful to be a member of Caius and supported financially by the WM Tapp Scholarship. The library facilities and scholar community have enhanced my research, and I am inspired by the Master, Professor Pippa Rogerson, as the first woman to head the College while maintaining her position as a preeminent legal scholar in private international law.” 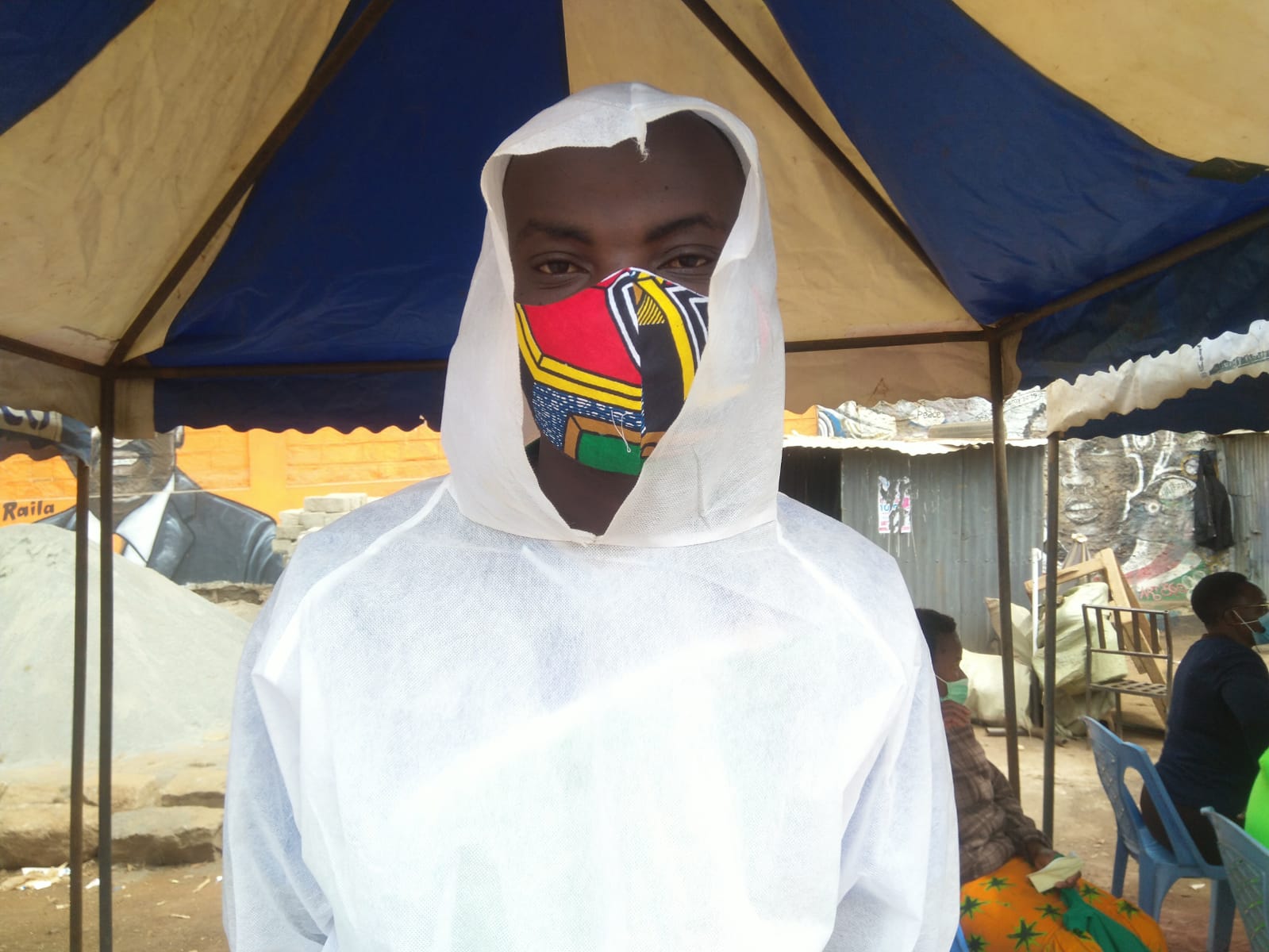 Aside from her legal and doctoral work, Jessie has established a social enterprise which celebrates its 15th anniversary in 2022. Jessie founded SEW (also on Instagram), working with HIV positive women in east Africa. SEW manufactures handmade conference products from recycled plastics. Clients have included the Bill & Melinda Gates Foundation, the World Food Programme and the United Nations.

The Covid-19 pandemic saw SEW switch its focus to the manufacture of personal protective equipment, specifically facemasks, pictured above. Marion Perrin (Biology 2017), the former Caius MCR President and a talented seamstress, provided a pattern and instructional video to teach the women how to make facemasks.

“We have solicited £2.50 donations from the Australian and British community, and this has provided both a job to the women who manufacture the mask and much needed PPE,” Jessie says.

“We have delivered almost 2000 masks to hospitals, community groups and vaccine hubs in Tanzania and Kenya. I hope the Caius community can jump on board our facemask campaign this Christmas.”