“It’s something that everybody should experience at least once during their time at Caius,” says Dr Zoë Fritz.

Dr Fritz (Medicine 1995) is Gonville & Caius’ Director of Studies in Clinical Medicine, a Bye-Fellow and President of the Shakespeare Society, thought to be the oldest non-sporting society in the College, established in 1874.

“No auditions necessary,” Dr Fritz adds. “You absolutely do not need to be an actor, or be reading English, or have a particular love of Shakespeare to come. You can come along and have just a bit part, or go for it and put yourself forward for a leading role.

“It’s open to everyone – Fellows, undergrads and post grads – and you will not be judged on how well you read or act. We read the play from start to finish, interspersed with some refreshments and often quite a lot of laughter.

“There’s something wonderful about reading the script of a play together. Of course, most of us enjoy seeing a play live, or even reading one to yourself, but reading it out loud allows you to really concentrate on the words, and pick up on things you might otherwise have missed. And you get the camaraderie of reading it together.

“It’s a great way to spend an evening and read something you might not have the opportunity to read, especially Shakespeare but also other plays – in the last couple of years we have enjoyed reading Emilia by Morgan Lloyd Malcolm, and Queen Anne by Helen Edmundson as well as favourites from Stoppard and Wilde. We will pick the plays for the next term together using a (very) old voting box.” 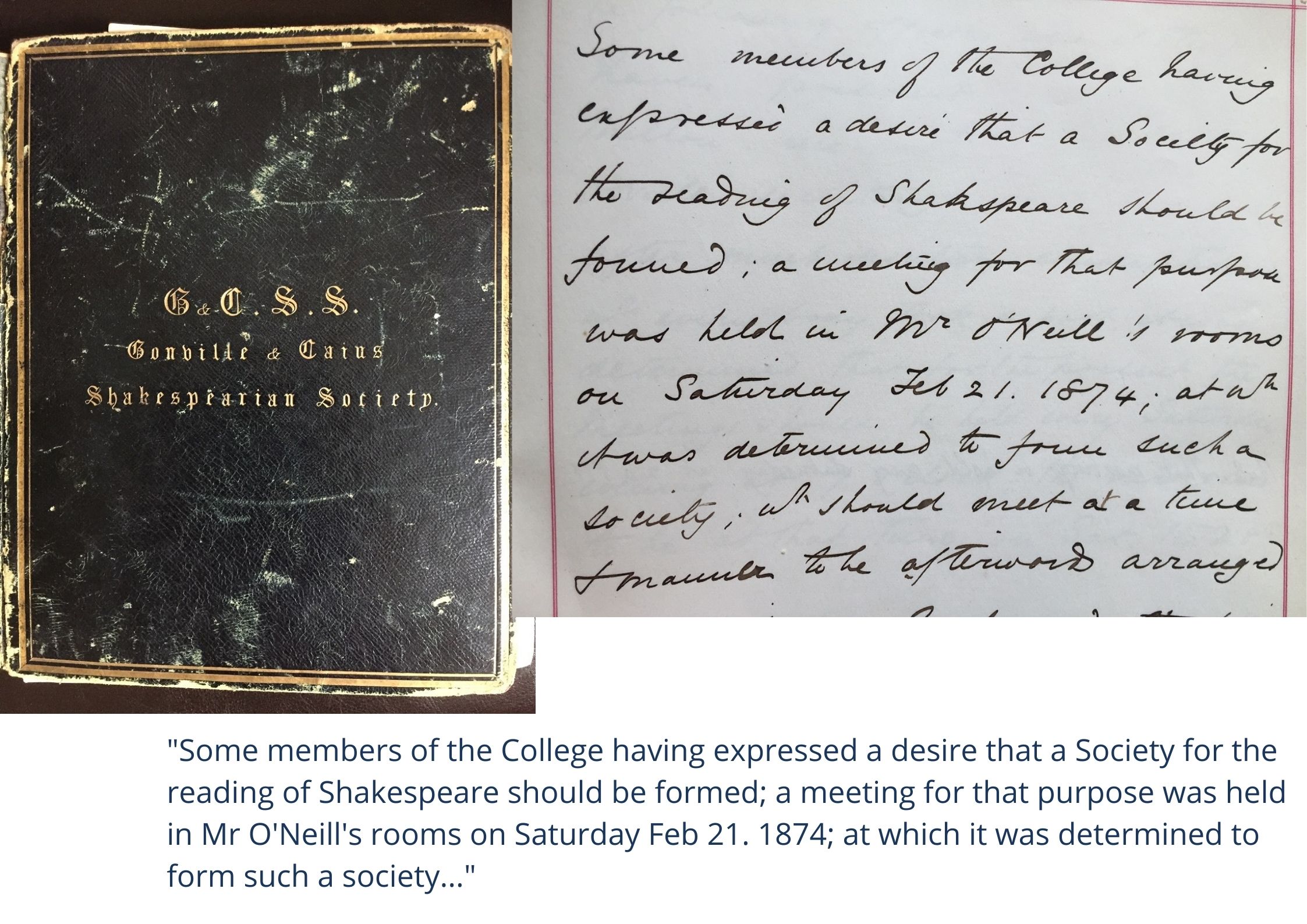 As well as being a long established society, there is much debate over a Shakespeare-Caius connection: whether John Caius was the inspiration for Dr Caius in Shakespeare’s The Merry Wives of Windsor, including in an article by Lord McNair QC.

Initially founded just for the reading of Shakespeare plays in full term, the Society – often spelled ‘Shakespere’, as one of the variants of the way the playwright spelt his name – will on Thursday 18 November read The Anatomy Man, a new play about John Caius, by Peter Hains, who will attend the reading.

The reading of the comedy written about the life and times of John Caius is taking place in the Chapel.

“It stretches from his birth through to his death, paints a picture of the historical times he lived through, including the religious tumult going on at the time and his own personal struggles with that as well as what a polymath he was – not only a physician but a naturalist and an artist,” Dr Fritz says.

“It also includes a vast cast of students and Fellows which we hope we’ll be able to replicate.” 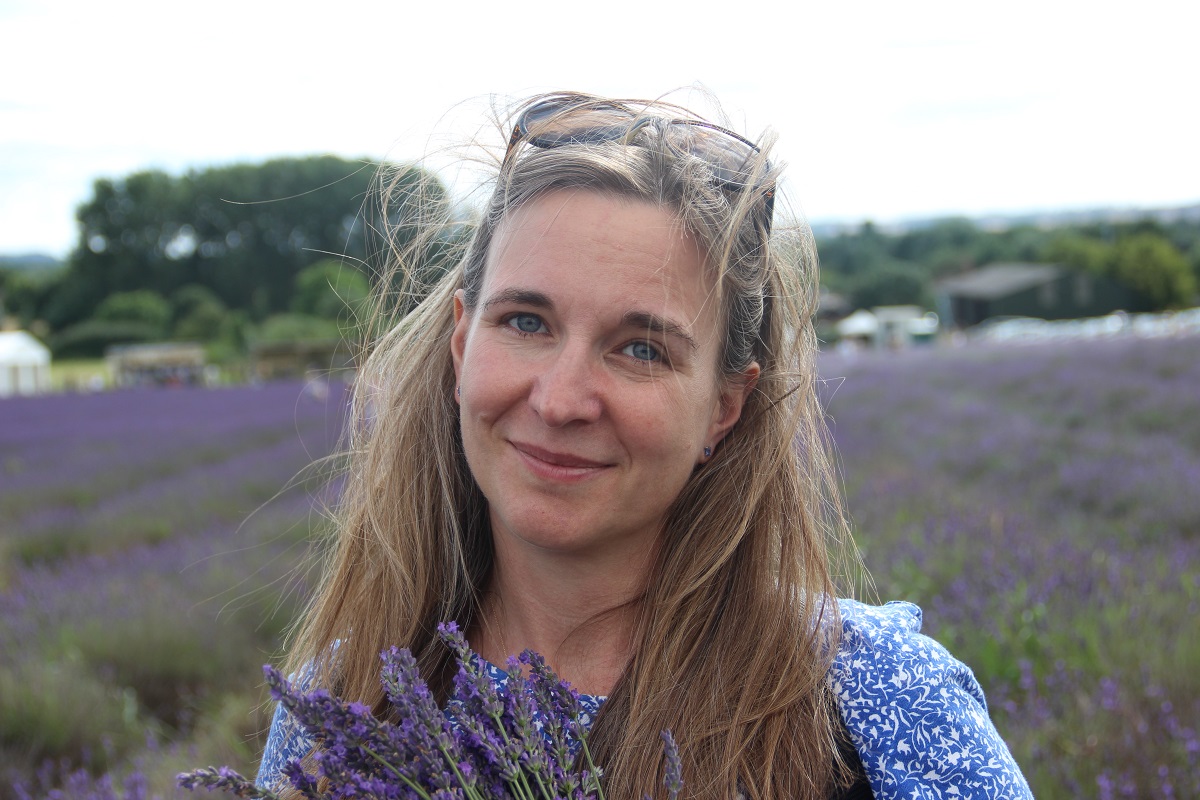 Dr Fritz, pictured, extends a medical connection to the Shakespeare Society. She is a Wellcome fellow in society and ethics, and a consultant physician in acute medicine at Addenbrooke’s Hospital. Her research is focused on identifying areas of clinical practice that raise ethical questions and applying rigorous empirical and ethical analysis to explore the issues and find effective solutions.

She first became a member of the Society when she was an undergraduate student at Caius.

She says: “At that time it was a secret society – you were invited to be a member. Four years ago we decided to make it open to everybody, so now anybody can sign up to join in a play reading.

“One of the students last week who hadn’t been before said it was a much better way to spend an evening than going down the pub.

“I still love it. I was President of Shadwell (the student drama society at Caius) when I was an undergraduate and as clinical medicine hit it became absolutely obvious that I could not do the rehearsals needed for proper productions.

“The Shakespeare Society allowed me to continue to do a little bit of acting without the commitment of a rehearsal schedule  and to meet new people who also liked plays. It is still a great opportunity for Fellows and students to do something together.

“Reading a play together ticks lots of boxes: it takes you out of your comfort zone, you learn something, and you have fun; we all go home happy and with a (possibly undeserved!) sense of achievement.”

If you want to join the Shakespeare Society mailing list, or join in readings for The Anatomy Man (November 18) or Twelfth Night (November 30) this term, please email the secretary, Tineke Harris.