It was almost five years after graduating from Gonville & Caius College that Rock first saw David Bowie in concert in Birmingham, and the Caian then became the official photographer of the singer, shooting images which would become iconic of the star and the era.

Rock’s death was announced in a statement on his Twitter page on Friday, which read: “It is with the heaviest of hearts that we share our beloved psychedelic renegade Mick Rock has made the Jungian journey to the other side.

“Those who had the pleasure of existing in his orbit know that Mick was always so much more than 'The Man Who Shot The 70s'."

The statement continued: “He was a photographic poet - a true force of nature who spent his days doing exactly what he loved, always in his own delightfully outrageous way.

“The stars seemed to effortlessly align for Mick when he was behind the camera; feeding off of the unique charisma of his subjects electrified and energized him. His intent always intense. His focus always total.

“A man fascinated with image, he absorbed visual beings through his lens and immersed himself in their art, thus creating some of the most magnificent images rock music has ever seen.

“To know Mick was to love him. He was a mythical creature; the likes of which we shall never experience again.

“Let us not mourn the loss, but instead celebrate the fabulous life and extraordinary career of Michael David Rock.”

Read more on external sites: NME, The Guardian, The Times and elsewhere. 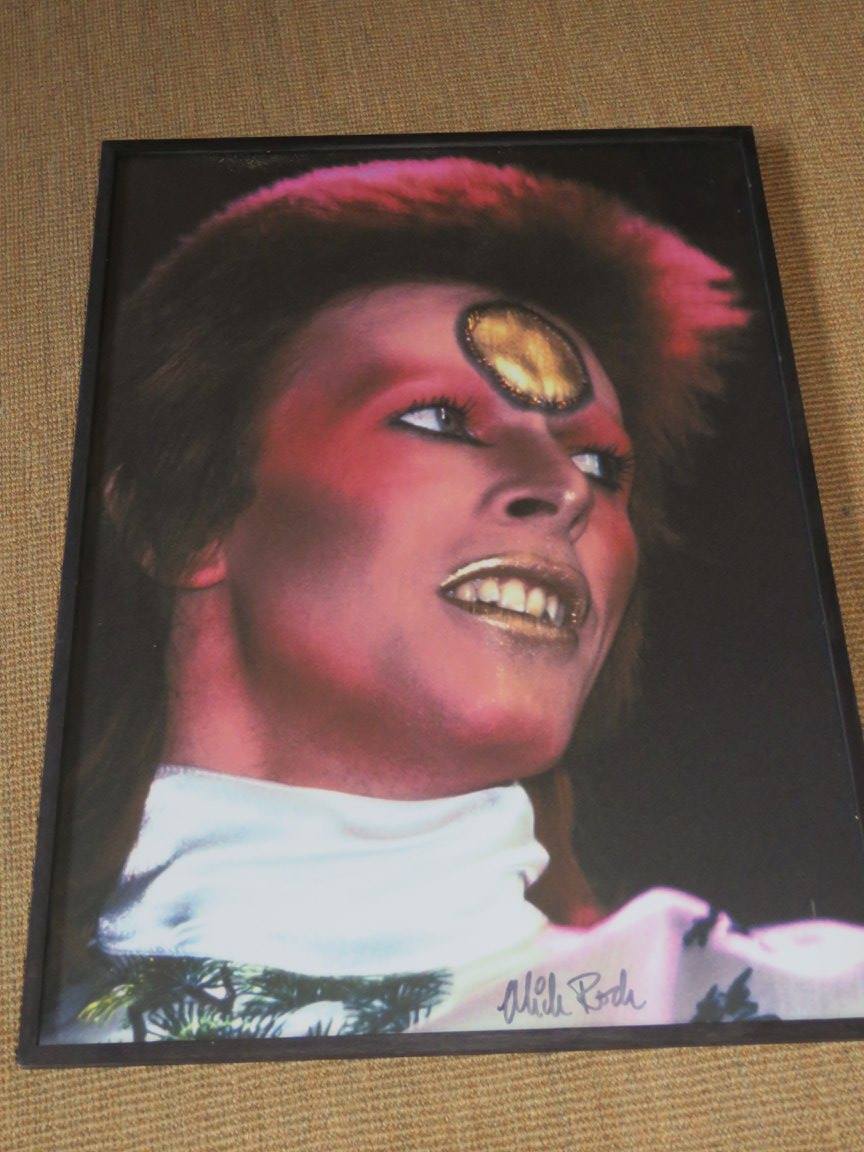 A portrait of David Bowie - portraying the singer's extra-terrestrial alter ego Ziggy Stardust - by Mick Rock. The photograph, signed by Rock, is owned by the College. Rock created many iconic images of the seventies, photographing performers including Lou Reed, Iggy Pop, Queen, the Sex Pistols and Blondie.