A focus on Africa

A curiosity with Africa which began with her father’s birthplace of Tunisia led Livia Karoui to explore further and embark upon a University of Cambridge MPhil in African Studies.

Livia, who was born and brought up in Italy, is a recipient of the Tammy Chen Graduate Studentship, named after a Gonville & Caius student who was killed in a terror attack in Burkina Faso in 2017.

Like Tammy, Livia has long been fascinated by the continent, initially focusing on north Africa before learning more about sub-Saharan Africa, specifically Ghana and Uganda.

Livia is one of nine students on the African Studies course, which is “very theoretical, questioning assumptions”, she says.

“The research-focused course gives you a lot of freedom to do your work,” she adds.

“The Cambridge Centre of African Studies have an approach I really enjoy. It’s focused on decolonising the discipline and really questioning everything.

“Other centres are more subject based, doing African politics, or African history, and I needed something different – an intellectual approach combining philosophy, politics, economics, history all together in one course was quite unique and I decided to come here.” 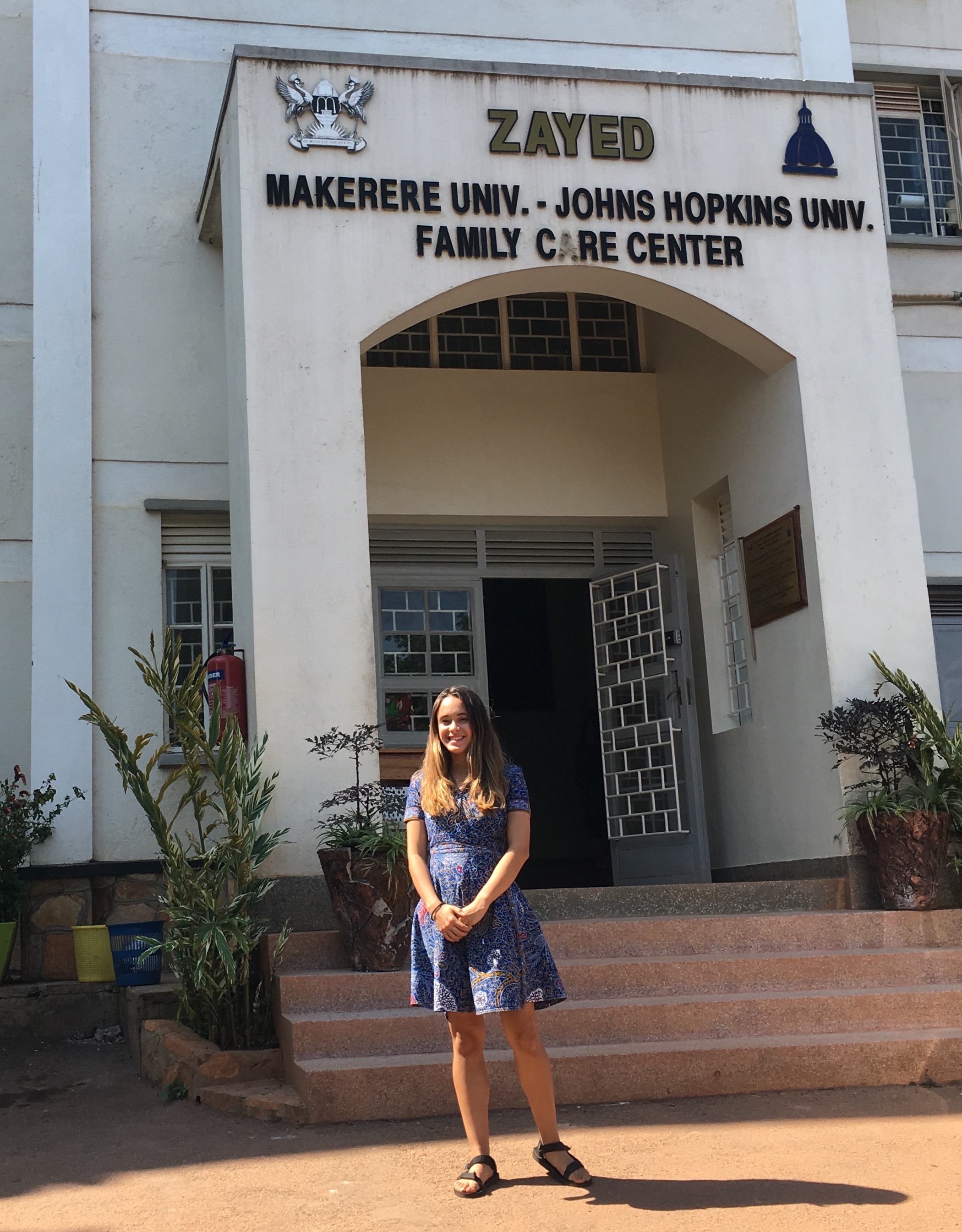 Livia completed her undergraduate degree at The University of the South in Sewanee, Tennessee, United States, which included a spell in Ghana.

She next completed a Princeton in Africa fellowship with Baylor International Pediatric AIDS Initiative, Botswana (remotely) prior to matriculating at Caius in October 2021. She worked as the adolescent centre programme coordinator, enhancing psychosocial support and academic tutoring provision during Covid-19 lockdowns for young people with HIV.

She says: “I took a lot of classes in politics and most were focused on the sub-Saharan African continent and one of the things which came out of those was colonisation and de-colonisation, things we don’t really talk about very much.

“I focused on how we study the continent from a less western perspective. I was lucky to study in Ghana during my undergrad and that cemented my interest. It was an amazing experience as a student at the University of Ghana. I loved it there and then did an internship in Uganda.”

Uganda is the focus of Livia’s thesis, which is looking at the bid to overhaul legal complexities which date from the colonial period, specifically the Marriage and Divorce Bill.

“Under colonial rule, the British ruled through customary authority which meant there were separate laws for different tribes and groups of people,” she adds.

“When Uganda became independent the legal pluralism was especially common in laws administering marriage, divorce, inheritance, so affecting women and reflecting the patriarchal values of the time. They’re quite discriminatory against women, who would have less rights in cases of divorce.

“My research is looking at this Marriage and Divorce Bill which is trying to make one legal system for everyone, that does not divide people based on their religion or other factors. It’s being faced with a lot of resistance, because the opposition say it is going to eliminate tradition and values. My research is trying to understand this opposition and the role of legal pluralism within it, as well as the implications for women’s rights activists seeking to pass the bill.”

The College established a fund in memory of Tammy following her death in August 2017. Tammy, a Canadian, was finishing a PhD at Caius in International Development, focusing on poverty, gender and women’s empowerment. The former Master, Professor Sir Alan Fersht, paid tribute to her as “an exceptional woman, very active in the Caius graduate community and passionate about her research and helping people. She had so much to offer the world and it is a tragedy for her to be lost so young”.

From 2011, Tammy co-founded and ran a Canadian registered charity called Bright Futures of Burkina Faso, which sought to extend both education and microcredits to women in some of the poorest parts of the world. During her time at Caius, she gave a memorable and inspiring talk to graduates and Fellows on how the shea butter industry was empowering women in Burkina Faso.

“It’s great to have this studentship in honour of her,” Livia says.

“It’s horrible what happened to her. We don’t work on the same things, but doing things that benefit women and in a way that is responsible and sustainable and empowers local populations is definitely something I was inspired to do.

“It was great to learn about what she did and her charity. That was inspiring. It’s easy to become detached from real life when you do academic research. You can forget you’re dealing with real people and real problems.”

Read more about the Tammy Chen Fund on our website.