Sitting in artificial light under the scrutiny of a baying public while under close interrogation made the protagonists feel they were experiencing The 3rd Degree in full.

Only the smiles and laughter betrayed the enjoyment factor of all within the Bateman Auditorium as the Radio 4 quiz which pits students against academics in the same subjects was recorded.

There is no need for a spoiler alert in this article – we will not be disclosing the result. To listen to the quiz, tune in to BBC Radio 4 on Monday 4 July at 3pm BST, or click on BBC Sounds/the BBC website at that time, or soon afterwards.

“I want it to be fun,” he adds. “The show is at its best when it’s funny and light, but at the same time academically serious. Some of the questions are really quite difficult, particularly in the specialist rounds. It’s combining those questions with hopefully a quite light approach to it.” 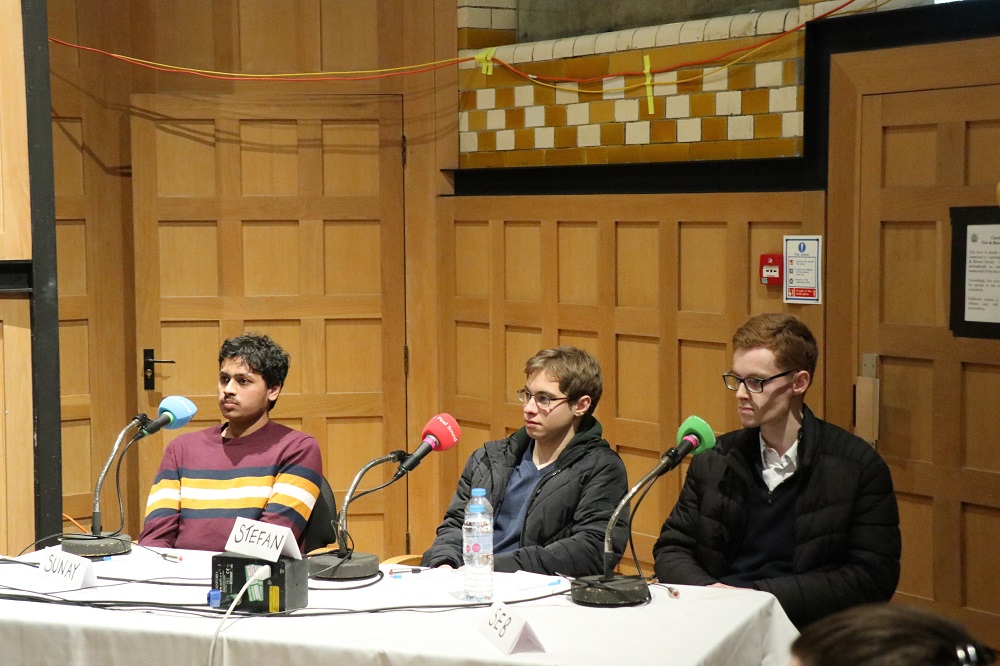 The quiz was recorded in front of an audience at Caius – and allegiances were clear.

“The audience instinctively know it’s a fundamentally unfair contest. The skill is to balance it up,” Punt adds.

“There are rounds where the questions go at random. So you can experience the joy of a senior geography don being lobbed a question on Nicki Minaj. The age gap and knowledge gap in specialist areas we try to even out.

“It makes it very noticeable when students win. There’s a genuine feeling of achievement and the dons always look a little bit sheepish. But at the same time they look a little bit proud because their admissions policy is working!” 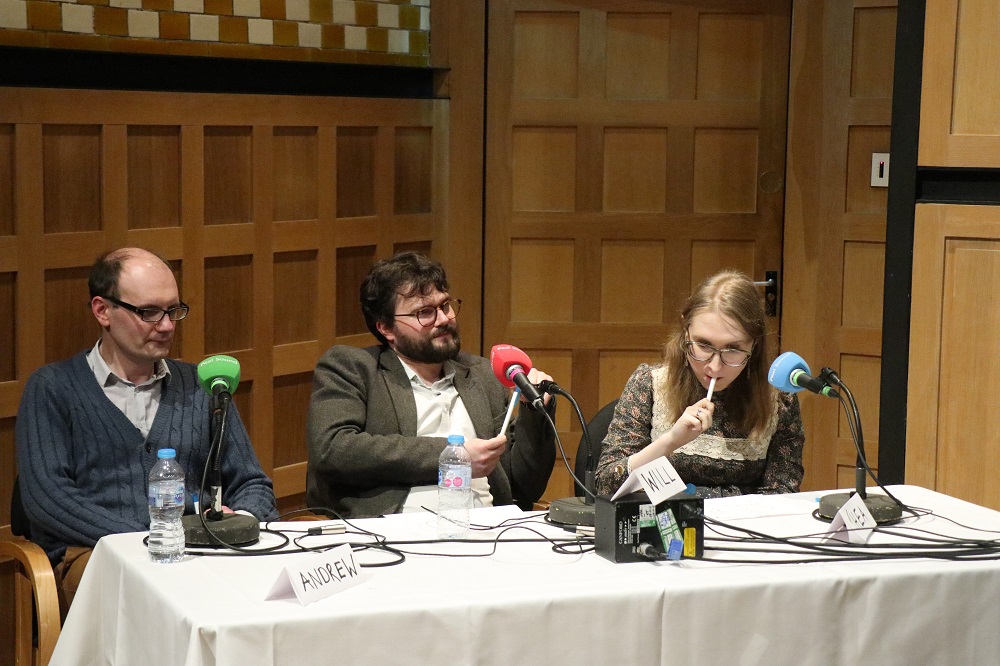 In its 12th series, The 3rd Degree was created by producer David Tyler. He is also the compere, and writes many of the questions.

Punt adds: “What we’ve detected is that the generational difference in general knowledge is quite interesting. The way in which virtually all knowledge is available now means people are more selective about what they remember and don’t remember. You don’t have to have all the rather useless information which previous generations decided was general knowledge.

“The producer, David, enjoys questions where you wouldn’t necessarily know the answer, but you can work it out. The question is can you work this out from the clues in the question. They’re harder to write than they look, but David’s very good at those.” 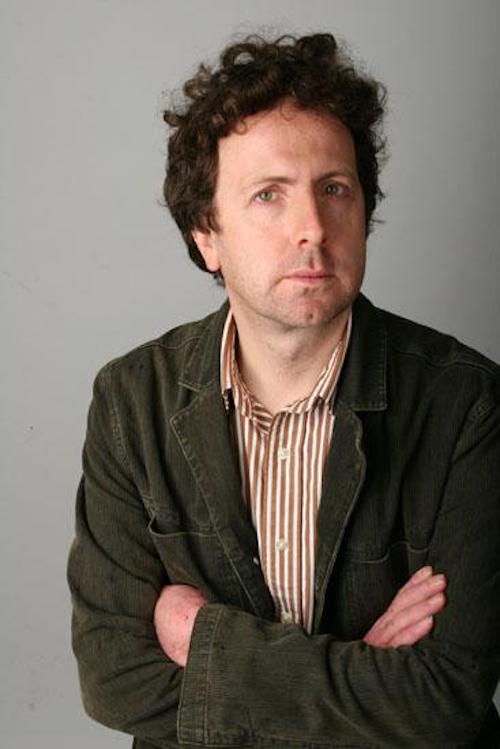 “I love University Challenge and it’s an iconic show. But its shadow is so long that as soon as you go near universities or academic institutions there are comparisons,” adds Punt, pictured right.

The joviality and format of The 3rd Degree means comparisons with University Challenge do not stick, with Punt hosting with a light-hearted and quick-witted manner.

He found his niche in Cambridge, as a student of Catz and with Cambridge Footlights.

He says: “I probably had my head down thinking about an essay or a sketch we were writing that week for most of the three years I spent here; now I look at it more with the eyes of an outsider and think what an incredible place it was to spend three years.” 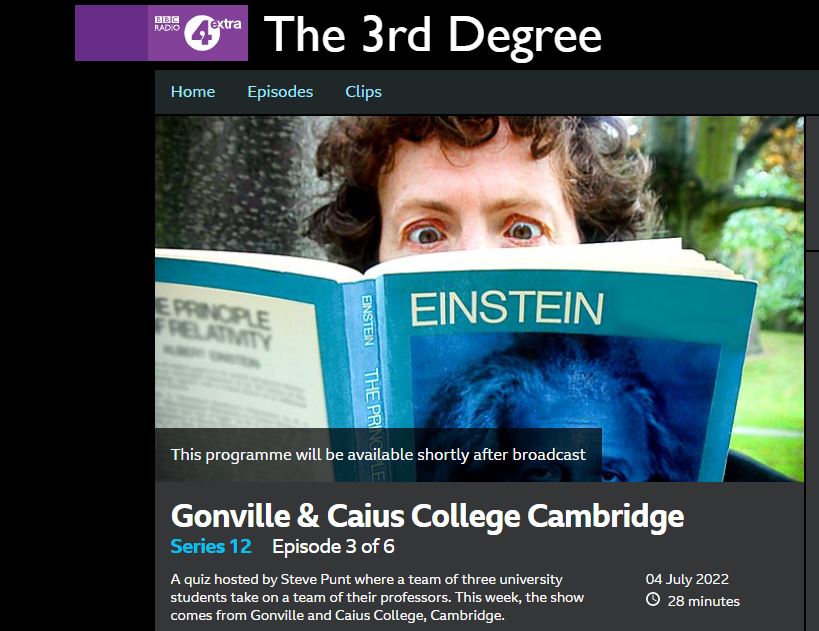 Gonville & Caius College in The 3rd Degree is scheduled to be broadcast on Monday 4 July at 3pm BST, and will be available on BBC Sounds/the BBC website. The College is not responsible for external links.