This map of the University shows the two main sites of the College in the city centre: the Old Courts on Trinity Street and the Harvey Court site on West Road. All College offices are based in the Old Courts. This map can be expanded using the navigation keys to include more of the city. 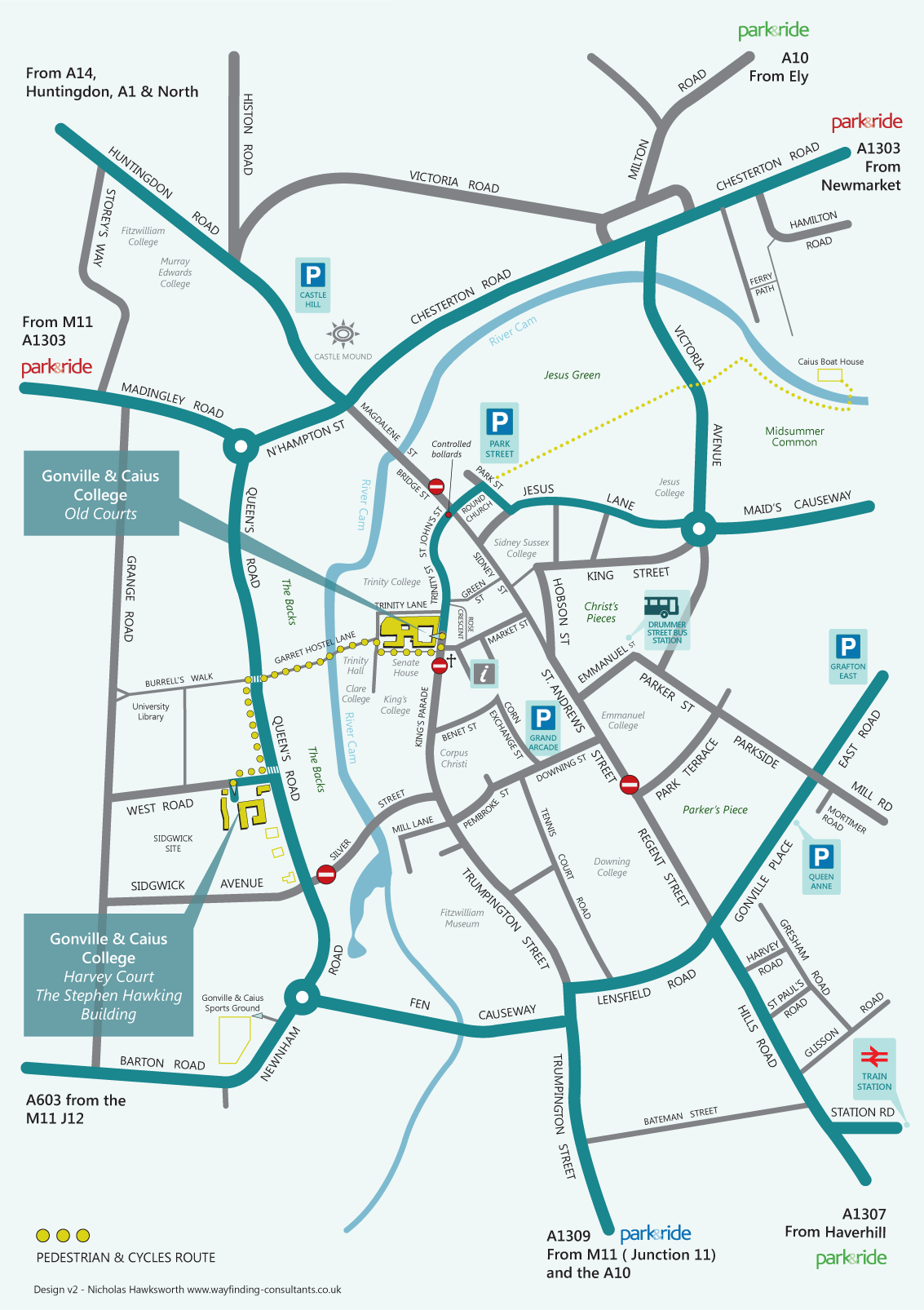